Amazon.com's (NASDAQ:AMZN) Prime has been an important part of the company's growth strategy. Last month, CEO Jeff Bezos finally disclosed the service has 100 million subscribers, most of which are paying at least $99 per year for the company's free two-day shipping and bundle of services.

According to a recent poll from Yahoo! Finance, this is all about to end with nearly half of all Prime members willing to dump the service en masse. Is this something Amazon investors should worry about? 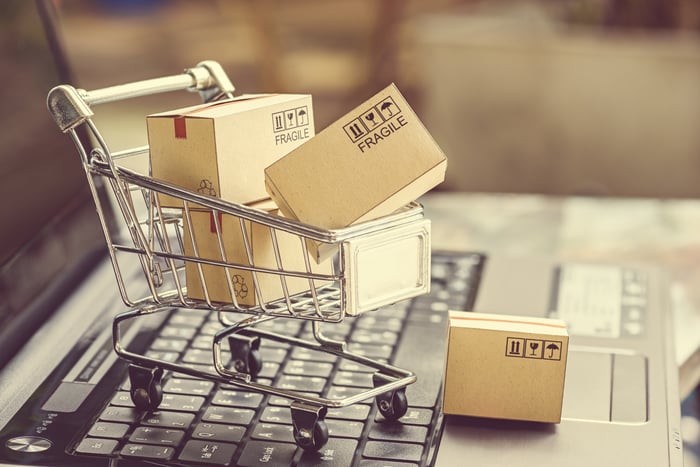 45% of people are going to drop Amazon Prime?

During a call with investors in April, Amazon announced it's increasing the price of its Amazon Prime service. Starting in May, new users will pay $119 per year -- an increase of $20 from the current $99 annual fee -- with existing members renewing at the higher price in June. This is keeping in line with a January price increase for monthly Prime subscribers, going from $10.99 to $12.99.

According to a survey from Yahoo! Finance, the company appears to have made a mistake with its recent decision. In a poll of 7,000 Prime members, nearly half (45%) responded by saying they are planning to leave the service due to price increase. But Amazon investors should not count on lower revenue from Prime subscriptions.

Like many internet-based surveys, this is one Amazon investors can take with a grain of salt. Most likely, Amazon Prime will not have many defectors with the $20 price increase. Amazon investors should be encouraged by Netflix's November price increase, which was also met with fears of widespread cancellations and first-person narratives of people cancelling the service. But instead of lower subscriber additions, Netflix posted record adds, which shows the service is mostly price inelastic as it has enmeshed itself so deeply into consumer behavior.

It's likely that Amazon Prime has the same value proposition. Although the 20% increase appears aggressive for a subscription-based business, Amazon Prime has added significantly more utility in recent years by increasing or adding more consumer-friendly services while broadening its two-day shipping product base from 20 million to 100 million in just four years.

Amazon recently renewed its contract with the NFL for Thursday Night Football, and its Prime Video is spending on building out its content library. Also, after a latent post-acquisition period, Amazon is now looking to more aggressively integrate Whole Foods into its Amazon Prime product with two-hour Whole Foods delivery in select cities and 10% discounts for members.

While there will be some marginally attached subscribers who will choose to cancel the subscription, it's doubtful this figure will run as high at 45%. However, this will be offset from the higher prices and increased spending attributable to secondary revenue effects. In fact, a 2017 study from Consumer Intelligence Research found Amazon Prime members spend an average of $1,300 per year on products from Amazon, approximately double the annual total of non-Prime subscribers. Look for this discrepancy to continue to grow -- along with revenue attributable to the Prime product -- as Amazon brings more utility to its service and continues to grow its membership figures.