Shares of gold miner Eldorado Gold Corp (USA) (NYSE:EGO) jumped as much as 17.9% in trading Tuesday after some positive comments from Greece's energy minister, ultimately finishing the session with a gain of 16.8%.

A long conflict with Greece's government over environmental regulations has held up the company's plans to build a metallurgical plant for gold and other metals in the region of Halkidiki. But Greek Energy Minister George Stathakis said he hoped to reach an agreement in the "coming weeks" that would allow Eldorado to move forward with its facility. 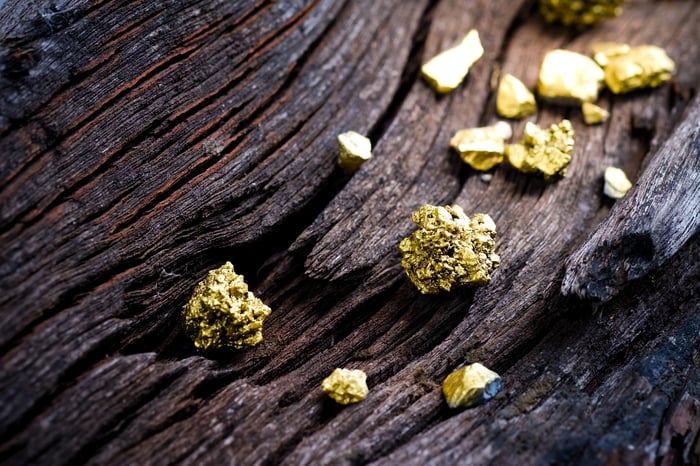 There's no guarantee the outcome would be tremendously positive for Eldorado Gold, but investors are speculating that it will be.

There's really nothing but speculation driving Eldorado Gold's shares higher today, but if a deal with Greece is indeed in the works, it could be positive for the company. Given weak financial results the last few years and a falling share price that's been lingering in penny-stock territory, I would be skeptical jumping on this news today. But if an agreement is reached, it would be worth evaluating the details to see if a profit is finally in the future for Eldorado Gold.