Jason Hall, Chuck Saletta, and George Budwell
(TMFVelvetHammer)
Author Bio
Born and raised in the Deep South of Georgia, Jason now calls Southern California home. A Fool since 2006, he began contributing to Fool.com in 2012. Trying to invest better? Like learning about companies with great (or really bad) stories? Jason can usually be found there, cutting through the noise and trying to get to the heart of the story. Follow @TMFVelvetHammer

Warren Buffett has proven himself time and again to be one of the greatest investors of all time. And even at 87 years of age, he continues to prove his chops. Considering that his simple approach -- buying great companies at fair prices, then holding for the long term -- has proven incredibly effective, it shouldn't be surprising that many Foolish investors take note when the Oracle makes a move. On the other end of the publicity spectrum, you have Julian and Felix Baker, who have proven nearly uncanny in their ability to pick upstart biotech companies very early in their public existences, but get far less notice from the press.

And while it may not always work out well to simply copy the moves other investors make, it can pay off to use their buying and selling moves as jumping-off points in your own research. We asked three real-world investors for their insight, and they wrote about recent Buffett buys of Apple Inc. (NASDAQ:AAPL) and USG Corporation (NYSE:USG), and a recent Baker Brothers buy of Heron Therapeutics Inc (NASDAQ:HRTX). 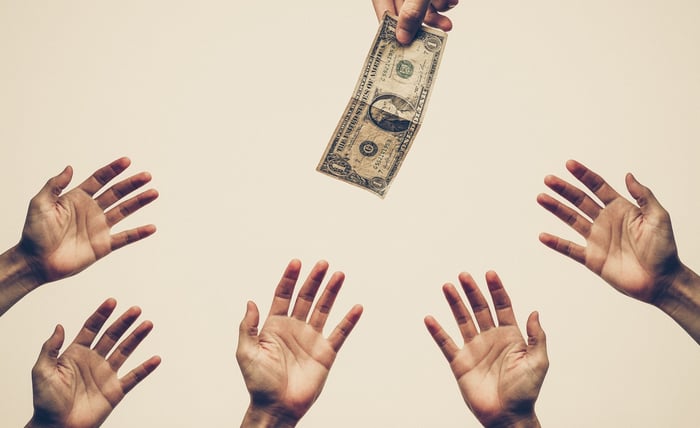 Keep reading to learn what these investors found compelling about these stocks, and why they may -- or may not, in one case -- deserve a place on your shopping list.

Chuck Saletta (Apple): Warren Buffett is generally considered one of the greatest investors of all time. He made his fortune as a value investor, buying great companies at cheap to reasonable prices and then profiting as they grew and/or their share prices recovered. He recently disclosed that the insurance and investing conglomerate he manages, Berkshire Hathaway, recently added a stunning 75 million shares of technology titan Apple to its portfolio.

That investment brings Berkshire Hathaway's stake to nearly 5% of Apple, which was already the largest company in the S&P 500 before Buffett's disclosure helped send Apple's shares even higher. Berkshire's big bet on Apple is something of a reversal for Buffett, who has traditionally shunned high-tech investments.

What attracted Buffett to Apple is its ability to sustainably profit. Indeed, Buffett mentioned that Apple is about twice as profitable as the next most profitable American company. Those strong profits mean that even with its huge market capitalization, Apple trades at a mere 18 times trailing and 14 times expected earnings. As long as Apple can keep growing profitably, Berkshire's purchase can look like yet another strong business bought at a reasonable value.

And even if Apple's fastest growth is behind it, Apple's recent 16% dividend raise to $0.73 per share per quarter should keep new cash flowing into Berkshire's coffers to enable future investments. With Apple, Buffett is getting a reasonable value, a decent dividend, and still solid growth prospects. That's not a bad purchase, despite the fact that Apple is already one of the biggest businesses around.

George Budwell (Heron Therapeutics): Mid-cap biotech Heron Therapeutics may not be a household name quite yet, but the company's stock has already started to grab the attention of some of the world's best investors. In the last quarter, for instance, the Baker brothers -- known for their uncanny ability to pick under-the-radar biopharma stocks -- bought nearly 2 million of Heron's shares, according to whalewisdom.com.

Why should retail investors take notice of this particular biotech stock? Apart from the fact that the Baker brothers have an outstanding track record, this sizable purchase by a top hedge fund comes on the heels of overwhelmingly positive late-stage results for Heron's experimental pain medication HTX-011, which is designed to provide fast-acting pain relief in the post-operative setting, and reduce opioid consumption as well.

The big-ticket item here is that HTX-011 is indicated for a largely untapped market that could be worth upward of $10 billion in annual sales. While that monstrous estimate may sound outlandish at first glance, the facts on the ground suggest that it may, in fact, be achievable.

The long and short of it is that the U.S. desperately needs new tools to deal with the raging opioid crisis -- yet several promising experimental pain medications have recently flamed out in mid- to late-stage testing. So, with compelling late-stage results in hand, HTX-011 appears to have a decent shot at becoming one of the first major advances in the battle against the opioid epidemic. As such, this red-hot stock should continue to pick up momentum heading into HTX-011's regulatory review in the second half of 2018.

Jason Hall (USG Corporation): Warren Buffett's Berkshire Hathaway has held a stake in construction materials maker USG Corp for nearly two decades, which fits well with Buffett's self-proclaimed "preferred holding period of forever." And based on Berkshire's most-recent 13-F, one would think it's a company he's happy with, since Berkshire increased its stake by 11% and now owns almost 31% of the company.

However, Buffett's other recent actions related to USG say that may not be the case at all. In short, Buffett had agreed to a deal with German-based Knauf to sell its USG stake for at least $42 per share, if USG management agreed to a deal. But when USG's board rebuffed Knauf's overtures "without engaging in meaningful discussions," according to Knauf, Buffett took a surprisingly aggressive approach: activist investor. In short, Buffett said he would side with Knauf and vote against the USG board members who are up for reelection this year.

Between the 40%-plus stake Knauf and Berkshire hold and Buffett's influence with investors, USG's board recently relented, agreeing to enter into negotiations with Knauf in early May. And with the share price now trading only $0.50 per share below the $42 floor price Buffett agreed to as his minimum for selling Berkshire's stake, it's not clear that a deal will be reached.

The lesson? "Buffett bought it" isn't an investing thesis, and despite having the patience of Job with businesses and managements he approves of, Buffett can act swiftly and decisively if he doesn't think management is acting in the best interests of shareholders. As things stand today, investors would probably do best to stay on the sidelines while Knauf and USG negotiations are ongoing. If a deal doesn't materialize, USG's share price could fall sharply, and it's hard to imagine the company agreeing to a substantial premium from the current price that makes that downside risk worth taking on.