Alibaba's (NYSE:BABA) spending had investors excited when the company was able to maintain its profit and margins. But now its heavy investing is causing some raised eyebrows after the Chinese retail giant reported a drop in net income and a shrunken operating margin.

The company didn't shy away from talking about its spending habits, even warning investors during the fiscal fourth-quarter earnings call that it intended to continue the heavy investing trend. Alibaba seems confident that reinvesting billions of dollars in new projects like New Retail, cloud computing, and logistics will help it diversify its revenue, stay ahead of the competition, and entice customers to spend more. 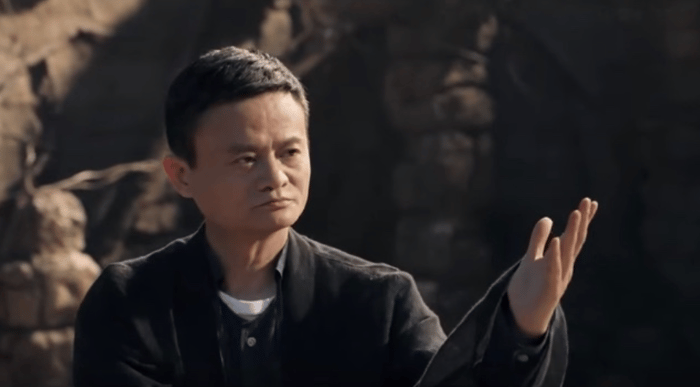 Alibaba has been open about its heavy investing in the past year. But some investors were still taken aback by the company's latest earnings report, which showed net income fell by 29% year over year to $1.2 billion. The company noted that it had a tough comparison due to the sale of certain investments in the same quarter last year.

But operating margin also shrank to just 15%, down from 25% a year ago. And Alibaba warned investors in its earnings report that it expects its margin to continue to shrink as it works on growing all of its new initiatives. And Alibaba CEO Daniel Zhang said on the earnings call that the company will continue to invest "aggressively."

In 2017, Alibaba's heavy spending outside of its ongoing New Retail projects and cloud computing business included taking control of its logistics network Cainiao for $807 million. This gives Alibaba more control over deliveries and logistics, both in China and abroad, which it has typically relied on third parties for in the past. Furthermore, Alibaba also pledged to invest $15 billion additional dollars on building out its global logistics network over the next five years.

And already in 2018, Alibaba is going after China's $10.7 billion food-delivery market by scooping up Ele.me in a deal that valued the start-up at $9.5 billion. But more importantly, Ele.me will also help improve Alibaba's delivery and logistics capabilities in China. That's because Ele.me's Feng Niao Delivery network has 3 million employees and a fleet of motorbikes that can strengthen Alibaba's local delivery network. Alibaba could expand its 30-minute grocery delivery service from its Hema stores or start offering 30-minute delivery on clothing, electronics, and more from its Tmall platform.

Other investments this year include a 33% stake in its payment affiliate, Ant Financial, as it works to implement its Alipay mobile payment platform into its New Retail projects; a $2 billion investment in its Southeast Asia e-commerce company Lazada, bringing its total investment in the company to $4 billion; and most recently, the purchase of Pakistani e-commerce platform Daraz to further increase its chances of winning market share in South Asia.

Right now Alibaba is reliant on its China commerce retail segment for over 70% of its revenue, which doesn't look good for long-term growth. Alibaba knows this and is working to diversify its revenue by investing in new initiatives.

Alibaba is also under pressure to expand outside of online shopping because its top rivals, Tencent (OTC:TCEHY) and JD.com (NASDAQ:JD), are both investing in other areas. JD.com already has its own delivery network and is building high-tech supermarkets across China, similar to Alibaba's Hema stores. And Tencent's WeChat app, which now allows for purchases, hit over 1 billion monthly active users earlier this year, topping Alibaba's 617 million monthly active users.

Right now, Alibaba is in the lead for China e-commerce sales with 51.3% of the market, according to eMarketer. But Alibaba knows its position isn't secure and that investing in things like a better logistics network will be key to winning and keeping customers.

If everything goes right for Alibaba...

If all of these new initiatives work out as planned, then Alibaba will achieve its ultimate goal: to get each of its customers to spend more money within Alibaba's ecosystem. Alibaba wants its 617 million monthly active users to come to its platform for all of their consumer needs, including media and entertainment, cloud computing, groceries, clothing, and more.

In addition, as these customers buy more and more things through Alibaba, the company is going to glean even more information on consumer traits that will help it continue to improve all of its retail businesses. And it can also use that information to keep improving its New Retail projects.

Co-founder Joseph Tsai said this in so many words in the last earnings call: "We're extremely excited by the potential flywheel effects of expanding the wallet share of these 550 million [annual active] users across our ecosystem, as well as the synergies and consumer insights that can be achieved through a platform built on the Alibaba technology infrastructure."

But this hinges on everything going right for Alibaba. The company is putting a lot on the line for these new initiatives, and has warned investors about the expected negative impact on its margin. Now investors need to decide whether they trust the company can use these expensive initiatives to fuel long-term growth or not.