Please ensure Javascript is enabled for purposes of website accessibility
Log In Help Join The Motley Fool
Free Article Join Over 1 Million Premium Members And Get More In-Depth Stock Guidance and Research
By Asit Sharma – May 23, 2018 at 4:17PM

The third quarter of Intuit's (INTU -0.36%) fiscal year is usually marked by high anticipation on the part of shareholders, as it covers the three crucial tax-season months of February, March, and April. This year's third-quarter run through the height of tax season easily outpaced last season's results, as revealed by Intuit's report, filed on May 22: 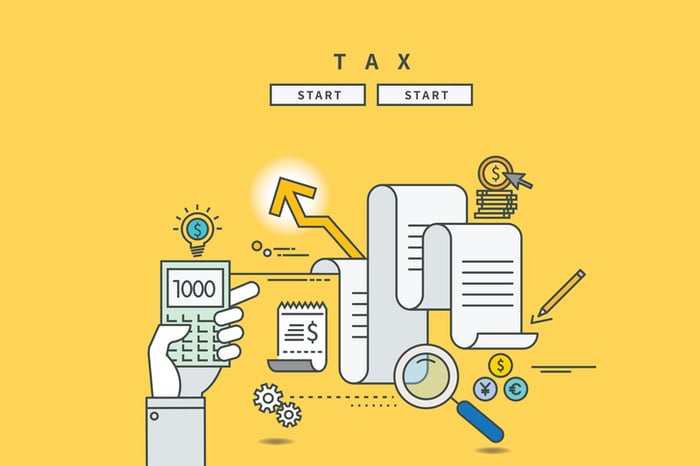 In addition to the comments above, management provided insight on other aspects of Intuit's strategic direction. Reviewing the recently ended tax season, Smith discussed the company's approach to increasing the value of the TurboTax platform. While TurboTax is a do-it-yourself software offering, in the current fiscal year, Intuit extended the service's scope and introduced TurboTax Live, which connects TurboTax users to tax experts using one-way video.

This initiative helps capture customers who might forgo the DIY route and hire a tax expert, often simply for what Intuit management likes to refer to as a single "nagging question." In essence, TurboTax Live moves Intuit into the assisted preparation market. Smith explains the benefits as follows:

In the case of tax right now, you have very few people left on paper and pencil, about 5 million people in total. So, it means we are now converting people who [have] already adopted a method, and with TurboTax Live we are converting them from higher-priced alternatives. So, when they come into our category, we are getting three times the average revenue per customer, for those customers that come in with TurboTax Live.

With one quarter remaining in the fiscal year, management was able to confidently raise full-year guidance alongside third-quarter earnings. Intuit's revenue outlook for fiscal 2018 is now targeted to fall between $5.915 billion and $5.935 billion, from a prior range of $5.640 billion to $5.740 billion. Diluted earnings per share have moved several notches higher to an expectation of $4.50 to $4.52, against a prior band of $4.20 to $4.30. In sum, Intuit expects to finish out the year well ahead of its own initial forecasts of single-digit revenue and earnings expansion.

Worried About Stock Valuations? These 3 Tips Could Help

3 Stocks Immune to the U.S. and China Trade War