Please ensure Javascript is enabled for purposes of website accessibility
Log In Help Join The Motley Fool
Free Article Join Over 1 Million Premium Members And Get More In-Depth Stock Guidance and Research
By Leo Sun – May 23, 2018 at 11:31AM

Its gross margin expanded 270 basis points year over year to 25%, while its adjusted net income jumped rose more than ninefold to 92.5 million renminbi ($14.8 million), or 0.39 renminbi ($0.06) per American depositary share. For the second quarter, Huami expects 32% to 37% annual sales growth. 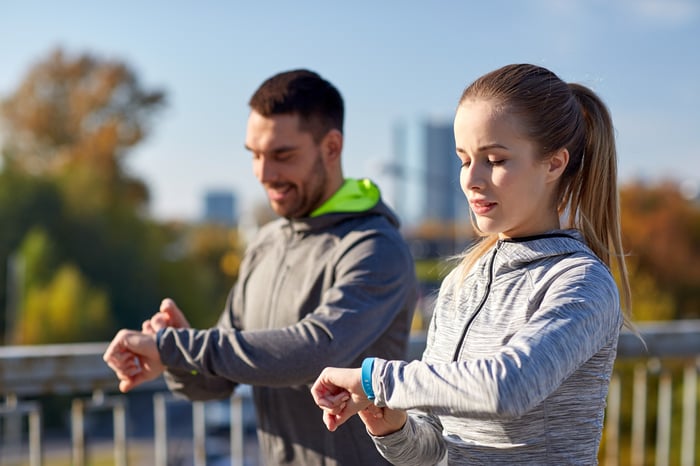 Those figures suggest that Huami, which sells Xiaomi-branded and self-branded devices, might be a better wearables play than Fitbit (FIT). Yet its stock remains below its IPO price of $11 -- indicating that investors think that it could still suffer Fitbit's fate.

Is Fitbit's decline a cautionary tale for Huami?

Fitbit posted several quarters of triple-digit and double-digit sales growth after its IPO in mid-2015. However, its sales growth has remained negative over the past seven quarters, due to tough competition in the saturated wearables market. Fitbit also posted net losses over the past six quarters. 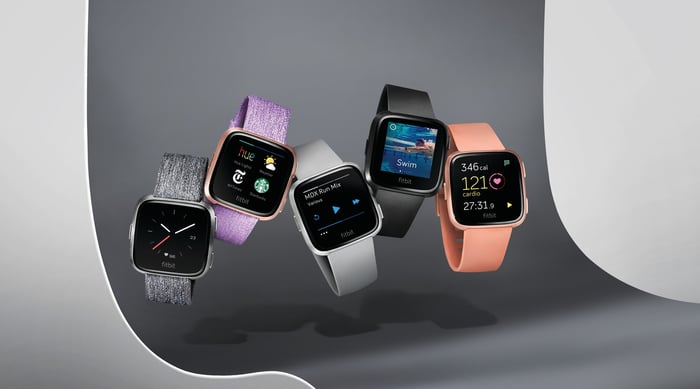 Those figures indicate that Huami's growth is decelerating, but it might hold its rivals at bay with its portfolio of low-end wearables with high-end features.

But Huami's margins could still decline

Huami expanded its gross margins by selling more self-branded products, like its Amazfit smartwatches, at higher prices. That move mirrors Fitbit's decision to sell more high-end smartwatches -- like the Blaze, Ionic, and Versa -- to reduce its dependence on lower-end fitness trackers.

Huami's decision to do the same indicates that it wants to reduce its dependence on Xiaomi-branded devices, which accounted for over 80% of its sales last year -- and that the low-end wearables market is getting too crowded.

Huami's operating expenses will keep rising as the company develops new high-end devices, while its attempts to diversify away from Xiaomi could lead to a divorce between the two companies -- which would be disastrous for two reasons.

First, Xiaomi owns a 19.3% stake in Huami, while Xiaomi CEO Lei Jun's Shunwei Capital owns an additional 20.4%. Second, Xiaomi shoulders all of Huami's design, manufacturing, marketing, and distribution expenses for its Xiaomi-branded products -- which generate the lion's share of its revenue.

If Huami shouldered all of those expenses on its own, it would be deeply unprofitable. Reducing its dependence on Xiaomi while developing and marketing its own Amazfit products would also likely crimp its margins. Xiaomi's upcoming IPO also raises serious questions about Huami's future, since Huami's expenses would be a weight on Xiaomi's bottom line.

Unfortunately, staying "steady" relies on Xiaomi footing most of its operating expenses. Huami's lack of earnings guidance for its current quarter also casts a cloud of uncertainty over its future margins.

Huami is in better shape than Fitbit, and the stock looks cheap at 16 times this year's earnings. However, its sales growth is still slowing, it's following Fitbit's questionable strategy of chasing Apple into the smartwatch market, and its overwhelming dependence on Xiaomi raises tough questions about its future.

I don't think Huami is doomed to become the next Fitbit, but I'm also not convinced it's a great long-term investment. I'd personally rather own a stock like Apple, which is only partially invested in the wearables market, than a "pure play" like Huami or Fitbit.