Please ensure Javascript is enabled for purposes of website accessibility
Log In Help Join The Motley Fool
Free Article Join Over 1 Million Premium Members And Get More In-Depth Stock Guidance and Research
By Dan Caplinger - May 24, 2018 at 11:22AM

The drug distributor is under pressure in more places than just one.

The drug distribution and wholesale business has been under competitive threat for quite a while, and regulators have also started to look more closely at the way that the industry operates. That's created warning signs that industry powerhouse McKesson (MCK 0.67%) has had to honor, looking to transform itself in order to build what it sees as a more sustainable business that can take better advantage of all the opportunities ahead of it.

Coming into Thursday's fiscal fourth-quarter financial report, McKesson investors acknowledged the challenges that the company faces, and they were comfortable with the idea McKesson could overcome obstacles and produce modest growth. Yet even though the company's financial results were reasonably solid, it still came as a surprise to some shareholders that its business would have difficulties in international markets like Europe and Canada that would weigh on performance. 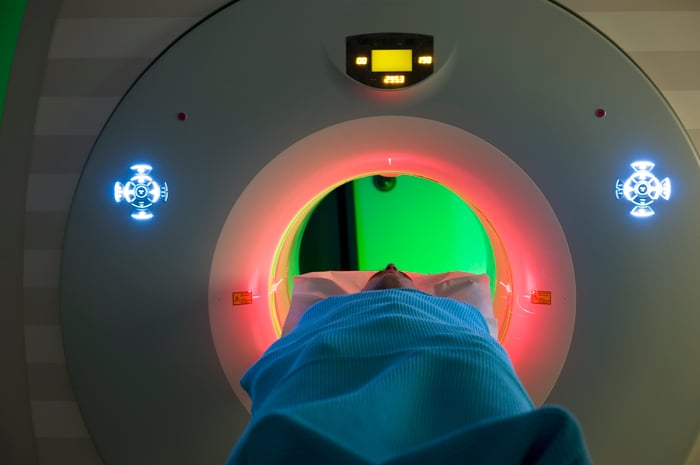 How McKesson finished its fiscal year

McKesson's fiscal fourth-quarter results suggested relatively steady growth for the drug distribution company. Revenue of $51.63 billion was up 6% from year-ago levels, outpacing slightly the 5% growth rate that most of those following the stock were hoping to see. The company posted massive GAAP losses, however, and even after accounting for those extraordinary items, adjusted earnings of $3.49 per share fell short of the consensus forecast among investors for $3.56 per share.

McKesson took a major hit from goodwill and asset impairment charges related to its European and Canadian retail businesses. Those charges amounted to $1.9 billion during the fiscal fourth quarter, working out to more than $9 per share in downward pressure.

Interestingly, the sales performance that McKesson posted didn't seem to reflect those international headwinds. It was the North American portion of the company's pharmaceutical distribution and services business that saw more sluggish growth, with the segment's top line rising 5%. McKesson said that conversions from branded drugs to generic ones offset some of its market growth. Internationally, segment revenue was higher by 19% from the year-ago quarter due to acquisitions and overall market growth. Yet a closer look reveals that most of those gains were currency-related, with constant-currency revenue rising just 4%.

McKesson's medical-surgical distribution segment was healthier. Revenue climbed 9% for that portion of the business, with the company attributing the strong performance to a harsh flu season. Yet the company gets only about 3% to 4% of its sales from medical-surgical products, making the additional growth there only a small incremental bump to McKesson's overall results.

CEO John Hammergren took the results in stride. "While we realized significant charges in the fourth quarter reflecting challenging market conditions in Europe and Canada," Hammergren said, "I'm pleased with the fiscal 2018 performance across our other businesses." The CEO added that a healthy balance sheet and good cash flow were noteworthy as well.

Looking ahead, McKesson hopes to reap rewards from its efforts to clean up its financial statements. The drug distributor already paid down $765 million in long-term debt during the year, as well as making substantial stock buybacks and dividend payments along with acquisitions and internal investment. Hammergren added that McKesson's board of directors had authorized a massive $4 billion buyback, representing about 13% of its current market capitalization, as it continues to believe that its shares are "an attractive investment opportunity."

Yet McKesson still sees some challenges ahead. The company announced initial fiscal 2019 guidance, setting expectations for adjusted earnings of between $13 and $13.80 per share. That would work out to gains in the mid- to high-single digit percentages, but even though the drug distributor expects better industry conditions overall, the forecast includes "previously outlined headwinds in our European and Rexall businesses."

McKesson investors weren't entirely comfortable with that news, and the stock fell 4% in morning trading following the announcement. In the long run, McKesson still has to figure out how to address regulatory threats before they evolve into massive problems, and that uncertainty will still make some shareholders nervous about the company's ability to move forward with planned strategic initiatives in the year to come.