Please ensure Javascript is enabled for purposes of website accessibility
Log In Help Join The Motley Fool
Free Article Join Over 1 Million Premium Members And Get More In-Depth Stock Guidance and Research
By Leo Sun - May 25, 2018 at 9:15AM

That robust revenue growth, along with a higher operating margin and a lower effective tax rate, lifted Tiffany's net income 53% annually to $142 million, or $1.14 per share -- which topped expectations by $0.31.

For the full year, Tiffany expects high single digit sales growth and mid-to-high single digit comps growth, and for its adjusted EPS to rise 9% to 14% -- which exceeds the consensus estimate for 7% growth. Tiffany's board also authorized a new $1 billion stock buyback plan.

Those numbers justified Tiffany's massive post-earnings rally, but investors might be wondering if it's too late to buy this sparkling stock. Let's dig deeper into its first quarter report to find out.

During the first quarter conference call, Bogliolo highlighted the progress it made toward achieving those goals. To renew Tiffany's brand message for younger shoppers, it launched a new "Believe in Love" marketing campaign which emphasizes racial and sexual diversity. 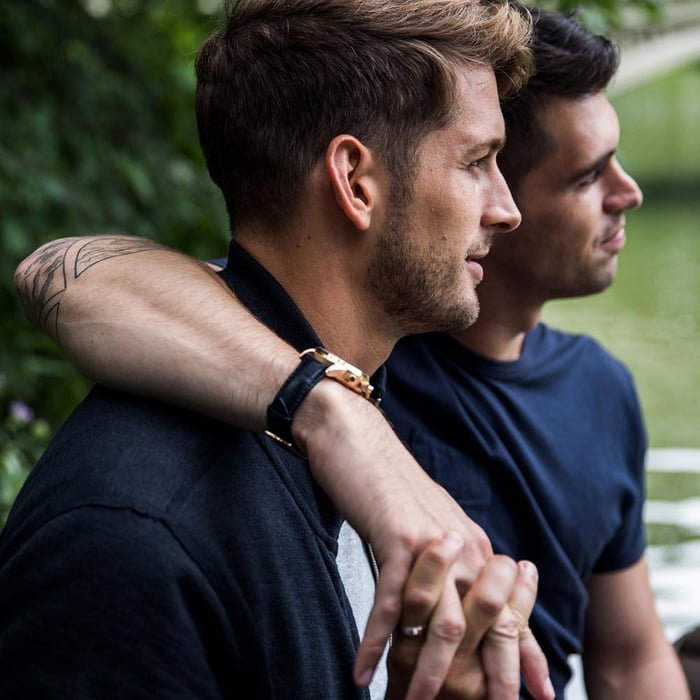 Bogliolo believes that the campaign contributed to Tiffany's 11% growth in Engagement Jewelry sales during the quarter. That campaign complements its "Believe in Dreams" campaign featuring Elle Fanning and A$AP Ferg, which targets younger shoppers with its new Paper Flowers products.

To deliver a "seamless" omnichannel experience, Tiffany invested in improvements to its website. It also started selling a curated selection of jewelry on fashion e-tailer Farfetch in over 40 countries -- which complements its e-commerce partnership with Net-A-Porter. These partnerships help Tiffany sell products beyond the 13 countries where it operates its own e-commerce sites.

To improve its operating efficiency, Tiffany recently opened a 17,000 square foot jewelry, design, and innovation workshop near its corporate office in New York City -- which allows its model makers, designers, and engineers to all work under the same roof.

How did Tiffany crush market expectations?

Tiffany's sales growth across all of its global regions accelerated dramatically under Bogliolo's watch.

Tiffany's surging sales growth clearly indicates that its turnaround efforts are paying off. Bogliolo noted that its global sales growth was "stronger than we anticipated," and mainly benefited from strong sales to tourists from China and other countries -- except in Europe, where more of that growth came from new store openings. Tiffany's sales growth also benefited from a weak dollar.

But even if we strip out currency benefits and new store openings, we'll see that Tiffany is still performing well across most markets -- except for Europe, where it's still struggling with lower tourist spending and newer stores cannibalizing older locations.

But investors should be careful...

Tiffany's growth looks solid, but Bogliolo warned that it would be "unreasonable" to assume that it could continue growing as quickly as it did during the first quarter. Moreover, the company expects its operating margins to dip over the next few quarters as it invests more heavily in its strategic priorities.

At $126, Tiffany trades at about 27 times this year's earnings estimate -- which is a premium valuation relative to the midpoint of its forecast for 12% growth. LVMH (LVMUY 0.99%), which owns Tiffany's rival (and Bogliolo's former employer) Bulgari, trades at just 25 times this year's earnings -- and analysts expect its EPS to jump 16%. Bulgari, like Tiffany, is pivoting away from its "old world" charms toward edgier marketing campaigns that target younger shoppers.

Tiffany posted a jaw-dropping quarter, but investors shouldn't assume that it can top those numbers during the second quarter and the rest of the year. Investors should also pay attention to its struggles in Europe, competition from high-end rivals like Bulgari, its forecast for higher spending throughout the year, and its premium valuation.

Tiffany is a solid company, but I'm not sure it's a solid stock. Investors who rode its recent rally should certainly hold on, but I think other investors should wait for this stock to cool off.