It's been a little over a year now since we first introduced you to Ionic Materials, the private company founded by former Bell Labs researcher Mike Zimmerman, which has invented a solid polymer lithium metal battery that you can stab with a screwdriver or cut in half with a pair of scissors -- and it won't explode, and it will keep powering your mobile device.

When last we checked in, Ionic Materials had won a $3 million Advanced Research Projects Agency-Energy (ARPA-E) grant from the Department of Energy and begun "discussing potential partnerships with leading multi-national materials companies, battery manufacturers and device OEMs." It hadn't found a partner yet.

But now it has. 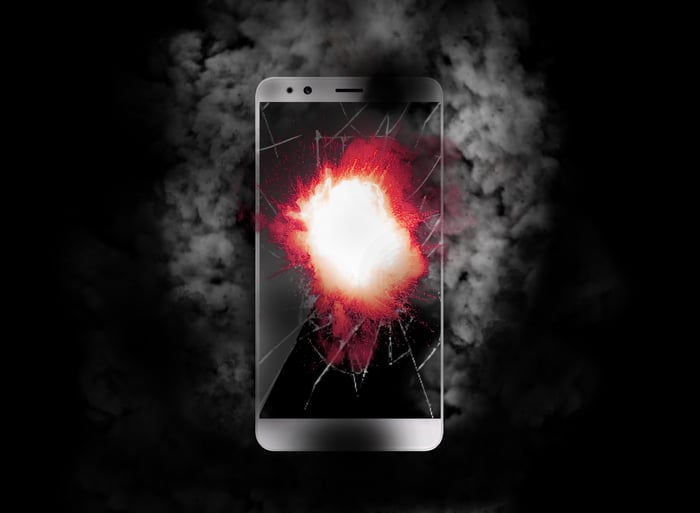 In February, Ionic Materials confirmed it had just wrapped up a Series C round of funding, attracting $65 million in investments from "financial and strategic advisors" such as Kleiner Perkins, battery maker A123 Systems, and carmakers Nissan and Mitsubishi (through venture capital fund Alliance Ventures) to supplement its initial ARPA-E funding. Last month, we learned that French oil major Total (NYSE:TTE) is jumping on the bandwagon as well, buying a stake in the start-up for itself.

Ionic says it plans to use the funds it's attracted to set up a "pilot production facility" in Massachusetts, and will also be doing research and development work in cooperation with Alliance Ventures, probably with an eye toward producing solid lithium batteries capable of powering electric cars.

As for Total, its stake in Ionic Materials is probably small right now. The company says it made its investment through its Total Energy Ventures venture capital arm, and Reuters reports that this unit has only spent about $160 million investing in start-ups such as Ionic -- and even that money's been spread out among some 30 companies. At this point, Total says it only wants to "keep a closer look on this technology," so it's best to view this more as a small bet to put skin in the game, rather than as a first move toward acquiring the company.

Still, Total's interest is real. The company believes Ionic's plasticized battery technology "may represent one of the most promising path[s] for the development of solid-state batteries" and could even become "the next generation of batteries." And Total itself, while best known as an oil company, spent $1.1 billion to acquire French battery maker Saft in 2016.

This suggests that Total might, in future years, become a customer to Ionic Materials -- whose business plan is to "provide its polymer to the battery industry as an advanced materials supplier." And if it's true that Ionic now has this customer in hand, it means the day may not be too far off before you will be able to buy a cellphone or mobile device with this new kind of lithium battery -- and know it will never explode.