Please ensure Javascript is enabled for purposes of website accessibility
Log In Help Join The Motley Fool
Free Article Join Over 1 Million Premium Members And Get More In-Depth Stock Guidance and Research
By Ashraf Eassa - May 27, 2018 at 10:45AM

Qualcomm's trying to get in on the ground floor of the next big thing.

On May 23, Bloomberg reported that wireless technology giant Qualcomm (QCOM -1.04%) intends to "unveil a dedicated chip to power stand-alone virtual-reality and augmented-reality headsets" as early as next week.

The chip is expected to be called the Snapdragon XR1 and will apparently be a "system-on-a-chip with a main processing unit, a graphics processor, security functions and components to handle artificial intelligence tasks." 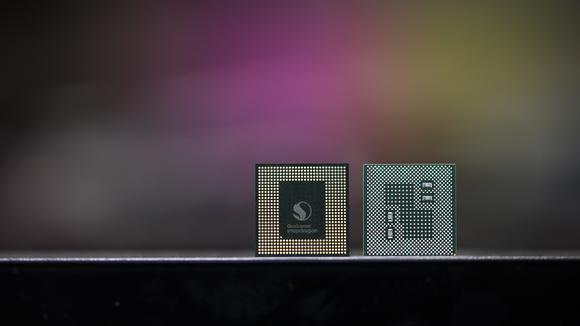 "The product is designed to make it easier for hardware manufacturers to build headsets that are cheap, powerful and energy-efficient," Bloomberg reports, noting that current stand-alone headsets typically employ repurposed smartphone processors.

What does this mean for Qualcomm's business and, ultimately, its stockholders? Let's dive in.

Qualcomm wants to be early

Today, virtual reality and augmented reality headsets are mostly niche products, and such headsets that work independently of smartphones are even rarer. There seems to be a lot of enthusiasm among many industry players around the long-term potential for both virtual reality and augmented reality, though, so it's not surprising to see major technology companies continuing to invest in technologies targeted at those applications.

Qualcomm's reported Snapdragon XR1 chip for augmented and virtual reality isn't likely to generate a lot of revenue for the company anytime soon. What it will do, though, is allow Qualcomm to be one of the first companies to be out with virtual and augmented reality-specific chip solutions, which could push many of the key headset makers to work with Qualcomm.

Qualcomm probably hopes that at least one of these companies that'll put its new Snapdragon XR1 chips to use will build a product that's actually successful. If that happens, not only does Qualcomm profit in the near term from the success of that particular product, but it should see a surge in demand as other companies rush to imitate the successful design or designs. That's a reasonable strategy in my view.

Qualcomm recently announced that it's trying to cut its spending to the tune of $1 billion to bring its operating expenses in line with its expected revenue performance. It might seem a bit contradictory for Qualcomm to be cutting costs, particularly in areas not relevant to its core business (e.g., server processors), while also investing in dedicated chips for augmented reality and virtual reality.

However, I think Qualcomm's specific investment in virtual reality and augmented reality chips will be fairly minimal. If you look closely at what Bloomberg said about the Snapdragon XR1, you'll notice that it's expected to have the following components:

What I think is more likely, though, is that the XR1 will simply use the same basic chip technology that its mobile platforms do, and the real differentiation between the XR1 and the smartphone-oriented processors will be the reference platforms built around those chips and the related software.

Qualcomm has probably made and will likely continue to make incremental investments to support the Snapdragon XR1 and its successors, but I suspect those investments won't be so large that Qualcomm needs the augmented and virtual reality headset markets to take off tomorrow for those investments to be worth it.