Please ensure Javascript is enabled for purposes of website accessibility
Log In Help Join The Motley Fool
Free Article Join Over 1 Million Premium Members And Get More In-Depth Stock Guidance and Research
By Natalie Walters – May 28, 2018 at 2:15PM

The New York City-based company is looking to expand upon the success of its podcast "The Daily," which was downloaded over 200 million times in under a year.

The New York Times (NYT -1.95%) made a point of alerting investors in its latest earnings call that it would be shifting its attention to some big TV and film projects this year.

The New York Times' first break into the entertainment world came in February 2017 when it released the well-received podcast The Daily, which gives listeners a short 20-minute update on important daily news. The company is now confident that it can create TV and film offerings that will be received as well as the podcast, which boasts 4.5 million unique listeners each month. 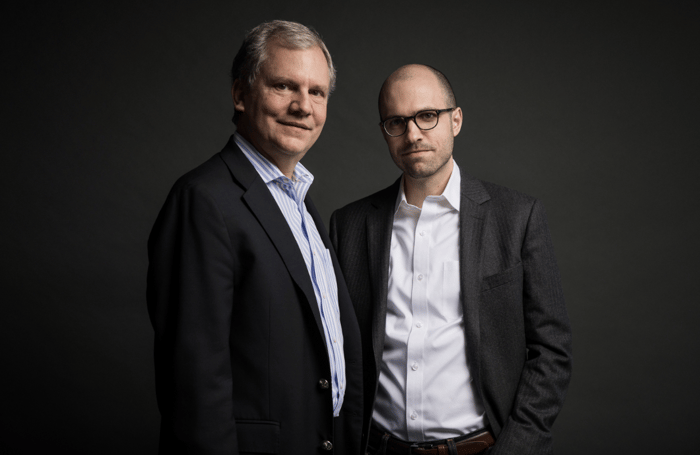 The NYT's first film project debuted in May as an independent Showtime documentary that explores the newsroom's coverage of Trump's first year in office. This is a way for the company to continue building off the extra attention placed on quality journalism following the 2016 election as people raced to sign up for what they considered reputable papers to avoid "fake news." In fact, the New York Times added 139,000 digital subscribers in the latest quarter, compared with 348,000 a year earlier when the election was fresh on everyone's minds and the company was offering heavy discounts.

The second project is a big-time feature film that will tell the tale of how the NYT broke the Harvey Weinstein story that came out in the fall of 2017. This film comes after the success of Spotlight that told the story of The Boston Globe exposing the allegations of abuse in the Catholic Church. It also comes after The Washington Post was the subject of the 2017 Oscar-nominated film The Post that showed how the team raced against the New York Times to expose the cover-up of government secrets.

Both films were a box office success, with The Post bringing in $175 million worldwide and Spotlight bringing in $88 million. The attention received by The Post was proof that the renewed interest in journalism following the election has stuck around. The film was able to attract a number of big names, including Meryl Streep and Tom Hanks as the leads and Steven Spielberg as the director. This all bodes well for the NYT Weinstein film, especially considering the global attention the story received and the big changes it sparked in Hollywood.

Lastly, the NYT team is also working on its own TV offering that it says will act as a video version of The Daily podcast. The show is called The Weekly and will give viewers a behind-the-scenes look at how its reporters chase down their stories each week. FX landed the first-run North American rights to the program, while Hulu will have exclusive streaming rights to the program the day after the episodes air.

The New York Times isn't entering the new world of TV and film alone. The company recently announced a partnership with Anonymous Content, which is helping the company with both The Weekly and the Weinstein film. The partnership shows how serious the company is about its TV and film ambitions. The Times said it intends to aggressively pursue the creation of extended programs that people tend to form watching habits around because that's how you build a loyal audience.

The overarching goal of the New York Times with these new projects is to expand its audience by getting its journalism in front of more eyes which will, in turn, boost its top line.

For example, some people may not read the Times, but they might take a trip to the movie theater to see the Weinstein film that features some big-name actors. That's money into the company's pockets. And as a bonus, the film may then inspire them to listen to one of its podcasts or to visit the website for more information about the Weinstein story.

The company developed this strategy after watching the unexpected success of The Daily, which was downloaded more than 200 million times in under a year. On the earnings call, COO Meredith Levien said that the podcast has become a new revenue stream for the company, plus it's led to more people spending time on the company's website. That's because the podcast's listeners are often interested in learning more about what's discussed on the daily show, she said.

The company's latest quarterly revenue figure hit $413.9 million, up from $398 million. And although the company added fewer digital subscribers in this quarter than in the same quarter last year, its digital subscription revenue still rose 25.8% to $95.4 million. That's due to cutting back on discounts.

In other words, The New York Times is in a solid position a full year after the election gave it a particularly high boost in subscribers. And it's clearly just had a lightbulb moment with the success of The Daily as it realizes that it has the potential to grow a full-fledged media ecosystem to drive revenue.