Please ensure Javascript is enabled for purposes of website accessibility
Log In Help Join The Motley Fool
Free Article Join Over 1 Million Premium Members And Get More In-Depth Stock Guidance and Research
By Evan Niu, CFA – May 31, 2018 at 2:40PM

Apple (AAPL -1.51%) is set to host its annual WWDC developer conference next week, a forum where the company teases out what's to come in the next major versions of its operating systems. The Mac maker often likes to announce new hardware products or refreshes. For example, Apple unveiled the HomePod, 10.5-inch iPad Pro, and iMac Pro at last year's WWDC, among other hardware announcements. Some of those products wouldn't ship until later in the year.

This time around, it sounds like Apple will be mostly focused on software. 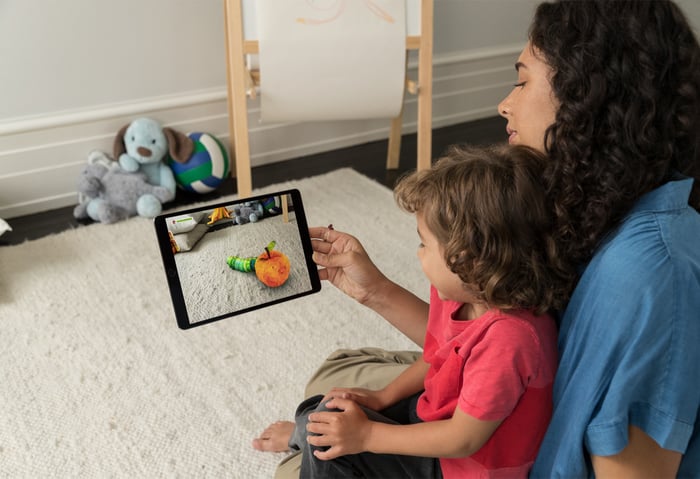 Bloomberg's Mark Gurman is out with a roundup of what to expect from Apple's WWDC keynote next week. Apple does have hardware refreshes in the pipeline for MacBooks (both the 12-inch model and the Pro versions), but those updates reportedly aren't ready to ship quite yet. The company is said to have a new entry-level laptop in the works as well, one that would replace the aging MacBook Air. That iPad Pro with Face ID that investors have been hearing rumors about similarly isn't ready to be unveiled.

There are two new Apple Watches -- which will presumably be called Series 4 -- in development, but these too will have to wait. The new wearables are expected to feature a new design that is comparable in size but includes a larger display with smaller bezels. Apple Watch has mostly kept the same overall design since the first-generation models were launched in 2015, and existing Apple Watch bands will still be compatible.

One of the big features that Apple will unveil is one that will allow users to monitor the time they spend using their gadgets in an effort to mitigate tech addiction. Apple (and the tech industry at large) has received criticism over the past year that its products are too addictive, which can have adverse effects on mental health and social skills, particularly on younger users like children and teenagers. Some companies have tried to make a distinction between time spent and time well spent.

In January, activist investors Jana Partners and the California State Teachers Retirement System (CalSTRS), which own a combined $2 billion in Apple shares, penned an open letter calling on the company to do more about the issue. Apple will unveil a new suite of tools within iOS 12 called Digital Health that aims to help users monitor and manage the time they spend on their devices, according to Bloomberg. Alphabet subsidiary Google announced similar tools for the next version of Android, P, at its own I/O developer conference earlier this month.

A new version of ARKit, Apple's augmented reality (AR) tools for developers, should also get unveiled. CEO Tim Cook has been talking up the potential of AR for years, and ARKit is already one of the largest AR platforms in the world. macOS is expected to get more integrations with iOS.

As with all Apple rumors, the company could make some surprise announcements. If there are indeed no hardware announcements, then it's going to be a pretty jam-packed fall for the Mac maker.