Please ensure Javascript is enabled for purposes of website accessibility
Log In Help Join The Motley Fool
Free Article Join Over 1 Million Premium Members And Get More In-Depth Stock Guidance and Research
By Scott Levine - Updated Jun 7, 2018 at 8:39AM

Encouraging news from Greece helped shares regained some of the luster they've lost since the beginning of the year.

Shares of Eldorado Gold (EGO 0.77%), a global leader in gold mining, climbed 18% in May, according to data from S&P Global Market Intelligence. Attributable to positive news from the Greek government, the jump in share price was not enough to fully erase the loss the stock had suffered through the first four months of the year -- a period during which shares fell 34% while the price of gold crept 1.7% higher.

Easing investors' concerns about the company's future, the Greek government indicated its willingness to cooperate with Eldorado regarding the development of the Skouries project in northern Greece. Speaking with Reuters, Greece Energy Minister George Stathakis said, "The main aim is to reach an agreement in the coming weeks within the spirit of the arbitration ruling."

Since June 2017, the Skouries project had been the source of arbitration between Eldorado and the Greek government, which contended that Eldorado had failed to meet its legal obligations. 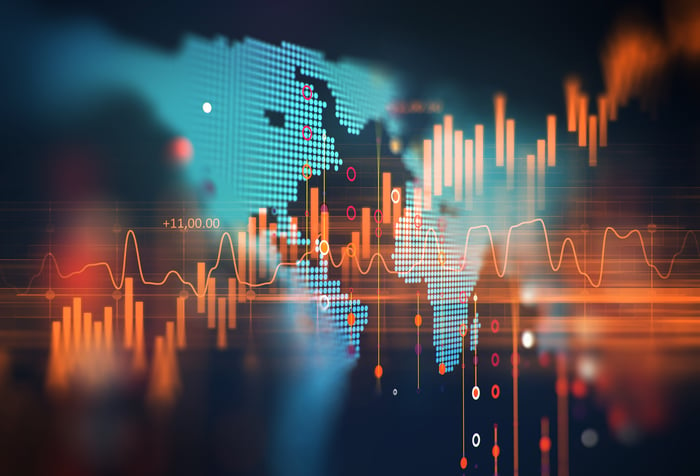 Subsequent to the government's remarks, Eldorado further bolstered investors' hopes for the development of Skouries (in addition to other assets in the area), stating in a press release that it's in continual dialogue with the Greek government regarding the need to approve outstanding permits.

Currently, Eldorado is transitioning Skouries into care and maintenance, which is expected to be completed before the end of the second quarter. Management estimates that annual ongoing care and maintenance costs will be $3 million to $5 million for 2019 and beyond.

It's unsurprising that shares popped after the promising news from the Greek government. Management estimates the Skouries project would have a 25-year mine life and generate about $1.8 billion in net after-tax cash flow.

Although some uncertainty has been removed, this development is hardly enough to base an investment on. Significant caution is still warranted regarding an investment, for it will be many years and millions of dollars spent before Skouries becomes an operating mine.