Please ensure Javascript is enabled for purposes of website accessibility
Log In Help Join The Motley Fool
Free Article Join Over 1 Million Premium Members And Get More In-Depth Stock Guidance and Research
By Isaac Pino, CPA - Jun 8, 2018 at 9:18AM

One of the most interesting yet under-covered trends in the auto industry is the steady rise of vehicle leasing.

For various reasons, leasing has increased in popularity ever since it bottomed out during the Great Recession. The following chart, courtesy of Cox Automotive, a leading auto industry research company, shows that new vehicle lease originations have catapulted from just over 1 million to nearly 4.5 million between 2009 and 2016: 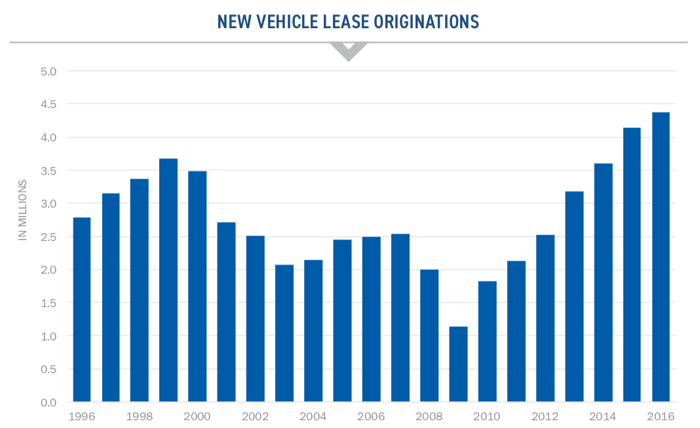 What's going on? And for investors in the auto sector, what does this mean for car companies? Let's take a closer look.

Changes in the way things are done in the auto industry, including among the car dealers we've all come to know and love (or loathe), help explain the shift. A 2018 report by Cox Automotive compared leasing in 1999 -- the previous leasing peak -- to the way it's done today. The approach today is nearly the opposite of what it was back then:

Leasing in the 1990s was generally frowned upon by all parties involved. For dealers and buyers it was more of a last resort, reserved for the less-desirable cars and buyers alike. At the end of the lease -- as if to add a cherry on top -- the lessors with lackluster credit were saddled with the most depreciated cars. Talk about a losing formula.

Leasing remained unpopular throughout the 2000s, and it's only in recent years that that dynamic has changed. Today the leasing process does more to match the right customer with the right vehicle. And these vehicles, ideally, will hold some residual value upon trade-in. Today, unlike the 1990s, might just be leasing's heyday.

That being said, residual values are highly dependent on supply and demand: The greater the supply of off-lease vehicles, the more downward pressure on residual values. And that could ultimately challenge automakers.

One might think that the low interest rates since the Great Recession would have tilted the balance toward owning (and financing) a vehicle versus leasing. But that hasn't been the case.

By 2016, leasing was peaking at 28.7% of all vehicle transactions and setting an all-time high with 4.3 million units leased. Financing rates were lower, but so were lease payments. According to Edmunds, only a couple years ago lease payments averaged $120 less per month than the average financing payments. The gap was even higher -- at $206 -- for large pickup trucks, an American favorite that enjoys high residual values.

Consumer behavior around car purchases is changing. It could be a wave that subsides (as in the 1990s), but several signs point to a more permanent shift. For one, car technology is evolving more rapidly than ever before, from electric vehicle advances to safety sensors to more personalized vehicle interactions using smartphones. Add in the surge in ridesharing and the expectation (which may be misguided) that autonomous driving is around the corner, and buyers are reluctant to get too attached to a new car. Why would you want to be saddled with an outdated car in three years? Let the dealers deal with old technology.

Millennials in particular prefer leases. Nearly one third of millennials chose leasing over buying in 2016, making up 12% of all leases in the U.S. 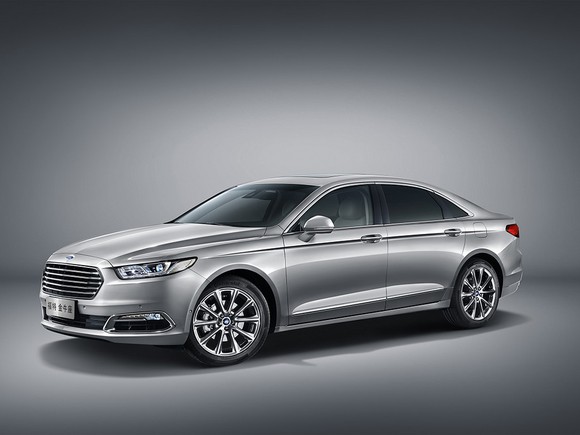 The concern for carmakers

Leasing poses some near-term and long-term challenges for carmakers. In the years ahead, a key trend to watch will be the rise of crossover utility vehicles, or CUVs, that are coming off-lease. It's already been confirmed that Americans are buying traditional sedans less and CUVs more: More than 1 in 3 cars sold globally last year were SUVs and crossovers, tripling from a decade ago. As a result, Ford (F -1.91%) is phasing out all car models but two in the U.S. To date, however, there have not been many CUVs coming off-lease for new cars to compete with, as documented by Cox Automotive:

[T]he bulk of off-lease units in 2017 were traditional cars at a time when consumers clearly preferred crossovers and sport utilities. The next couple of years will bring the higher volumes of nearly new utility vehicles back to the market as off-leases vehicles, and these vehicle types are in high demand by consumers.

CUVs in good condition represent competition for brand new vehicles, and as large numbers of CUVs come off-lease they'll offer an attractive alternative to sedans. This would put significant downward pressure on new vehicle sales and prices for Ford and General Motors (GM -1.85%).

In the long run, the impacts on Ford and GM depend on whether alternatives to car ownership -- like leasing -- remain the norm or fade away. The massive millennial generation represents the future of car buyers, however, and so far they are less willing to take ownership of vehicles than prior generations were.

Regardless of why that may be, it implies someone else -- car makers, their leasing arms, or car- and ride-sharing fleets -- will own cars, rather than individuals. That poses problems given that cars are almost always a depreciating asset, and rapid advances in technology could further increase those depreciation rates.

If customers prefer borrowing to owning, the car industry's century-old business model needs to evolve rapidly. Investors may want to hold off until the road ahead looks clearer.