Over the last few years, computer memory specialist Micron (NASDAQ:MU) has seen its market position in memory that's specifically designed to be used in graphics cards improve. That's thanks to the company's unique position as the only vendor of a type of memory known as GDDR5X. The company was the sole supplier of GDDR5X memory chips in support of graphics giant NVIDIA's (NASDAQ:NVDA) GeForce GTX 1080, GeForce GTX 1080 Ti, and Titan-series gaming-oriented graphics processors.

One thing that has been notably absent from Micron's graphics memory portfolio has been a technology known as High Bandwidth Memory, or HBM. HBM is a more advanced type of memory that's supposed to consume less power than traditional GDDR memory while also taking up less space. The catch, though, is that the memory is expensive to produce and only two of the three major graphics memory suppliers are currently manufacturing it. 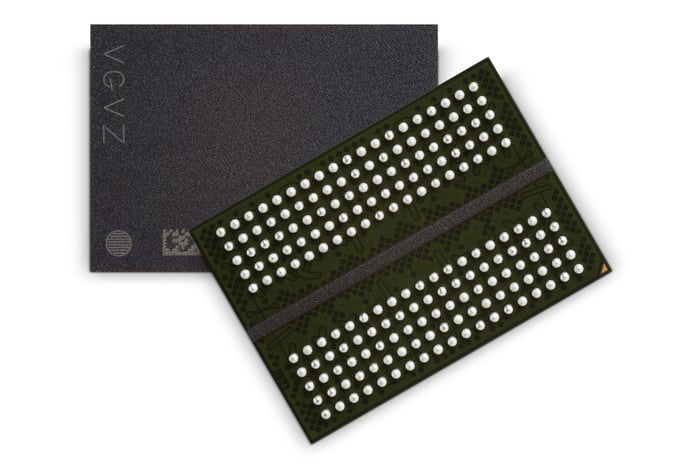 It came as little surprise, then, that Micron announced at its recent financial analyst day that it was working to develop HBM memory itself as part of its broader strategy in the graphics memory market.

Micron, like its peers, isn't going all-in on HBM as a replacement for traditional GDDR memory. Instead, these memory technologies appear to be complementary technologies within the company's portfolio.

"While HBM architecture offers many advantages, its complexity in terms of testability, stability, durability and overall cost have limited its adoption to only the highest-tier applications," the company said in a paper describing its recent work on its latest GDDR6 memory technology.

The idea here is simple: For products like NVIDIA's data center-oriented graphics processors or Intel's FPGAs, which generally sell for thousands of dollars, HBM is a viable choice as customers there are willing to pay top dollar for the best performance, power, and area efficiency.

However, for products like gaming graphics cards, which tend to sell for anywhere from $100 to $700, HBM isn't economically feasible today, nor do I believe that its benefits would be fully realized. As the saying goes, product makers need to pick the right tool for the job.

The key for Micron is to have a broad portfolio of memory products to address all of the major opportunities ahead of it in the marketplace. The company's continued investment in GDDR technology as well as its newly disclosed investments in HBM seem to position it well to capitalize on industrywide demand.

All of this talk of technology and its high-level business implications is important to understanding what's going on, but it's also important to put this into financial context for those who own or are thinking of owning Micron stock.

During the first half of Micron's current fiscal year, the company said that 22% of its DRAM revenue consisted of so-called "specialty" DRAM technology. Micron defines specialty DRAM as "graphics, networking, automotive, and other embedded technologies."

In the grand scheme of things, graphics-related memory isn't a huge part of Micron's DRAM business today, let alone its overall business, which also includes sales of NAND flash-based products for storage applications. However, as Micron starts producing HBM and potentially gains traction in some of the high-growth areas like artificial intelligence accelerators and possibly even more mainstream server microprocessors, the company's specialty memory business could grow as a percentage of the company's overall DRAM revenue.