Brian Feroldi, Keith Speights, and Neha Chamaria
(TMFTypeoh)
Author Bio
Brian Feroldi has been covering the healthcare and technology industries for The Motley Fool since 2015. Brian's investing strategy is to buy high-quality companies and then let compounding work its magic. See all of his articles here. Follow @brianferoldi
Follow @brianferoldi

One shortcut investors can use to find great stock ideas is to comb through SEC filings to see which companies are being bought or sold by some of the smartest money managers in the world.

With that in mind, we asked a team of Motley Fool investors to highlight a stock that was recently purchased by a well-known investor. Here's why they called out Cleveland-Cliffs (NYSE:CLF), Alphabet (NASDAQ:GOOG)(NASDAQ:GOOGL), and SiteOne Landscape Supply (NYSE:SITE). 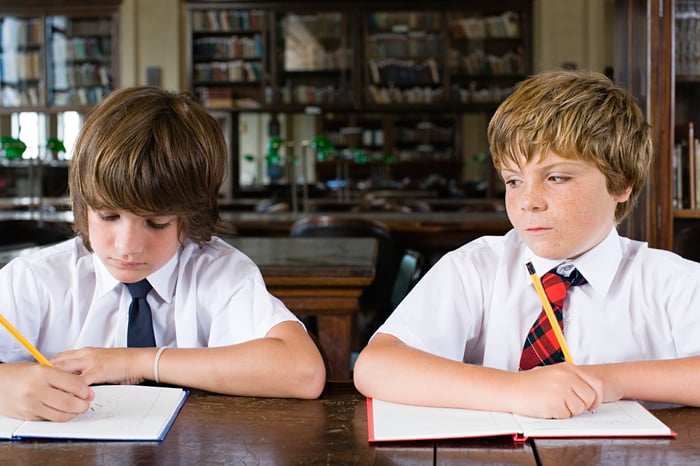 Neha Chamaria (Cleveland-Cliffs): Ray Dalio, the founder of the world's biggest hedge fund, Bridgewater Associates, seems to be getting increasingly bullish about Cleveland-Cliffs, earlier known as Cliffs Natural Resources. The fund's latest regulatory filing reveals an ownership of 5.2 million shares as of March 31, 2018, in the iron ore pellet manufacturer, which means Dalio scooped up 1.89 million shares in the company during the first quarter.

Why has a stock that ended 2017 down nearly 14% caught the billionaire's attention? President Donald Trump could be the answer.

You see, iron ore is an essential raw material for steel, and Cleveland-Cliffs is the largest manufacturer of iron ore pellets in North America. With Trump recently slapping a 25% tariff on imported steel, the prospects for domestic steelmakers have gotten a huge boost, lifting Cleveland-Cliffs' prospects. Last quarter, for instance, the company realized 32% higher prices at $105 per ton of iron ore. Management believes that the strong domestic steel market should "support very strong results for Cleveland-Cliffs in 2018."

Given the backdrop, Cleveland-Cliffs stock is receiving much love lately from not just money managers but also several Wall Street analysts. To be fair, it isn't just about macro factors, but also Cleveland-Cliffs' efforts to restructure operations, shut down non-core mines, and focus on cash-flow generation to take care of its high debt level that's winning accolades.

The combination of strength in the steel industry, impact of tariffs on prices, and Cleveland-Cliffs' leadership position in iron ore has fueled hopes that this could be the turnaround that investors have waited for for years. With Cleveland-Cliffs shares surging almost 40% in just the past six months, Dalio isn't missing the train.

Keith Speights (Alphabet): Big investors and hedge funds have liked Google parent Alphabet for a while. They still do. And for good reason: The company continues to enjoy a strong and sustainable moat with lots of opportunities for growth. Those are two things that all big investors like in a stock.

Alphabet makes most of its revenue from advertising on the Google search engine, Gmail, Google Maps, Google Play, and YouTube. Most of these sites dominate their markets. Alphabet's search engines, for example, have a combined market share of 63% -- a figure that's higher than it was a decade ago despite large new competitors entering the space.

The company should continue to enjoy solid growth from its core businesses for years to come. Total digital advertising revenue across the industry hit an all-time high in 2017. Market growth doesn't appear to be slowing down, as small and medium-sized businesses advertise more online. Alphabet's huge market share gives the company the ability to raise prices as this demand increases.

Alphabet claims multiple other avenues for growth as well. Its Google Cloud is the fastest-growing public cloud business. Alphabet is hoping to achieve strong revenue growth from its new hardware products. The company's Waymo division is arguably the top player in the still-new space of autonomous driving and could soon begin generating its first sales.

It's easy to see why big investors like Alphabet's moat and growth opportunities. Small investors should like them as well.

A roll-up play on landscape supply

Brian Feroldi (SiteOne Landscape Supply): Pat Dorsey is best known as the author of must-read investing books such as The Five Rules For Successful Stock Investing and The Little Book That Builds Wealth. However, not many people know that he started his own asset management business a few years ago. Dorsey's style is to invest in a concentrated group of companies that he believes can grow for many years. Since he is an expert at identifying competitive advantages and has a knack for picking winning businesses, I track his portfolio moves like a hawk.

One company that Dorsey has recently taken a big position in is SiteOne Landscape Supply. As its name suggests, this company is a leading distributor of professional landscaping supplies in the U.S. The company sells more than 120,000 unique products through its network of 516 branches across the country.

Selling landscape supplies might sound like an unattractive business but SiteOne has posted strong growth for many years. How? The answer is that the company has been steadily gaining market share. The company is able to do so because the landscape supply market is highly fragmented. SiteOne mostly competes against mom-and-pop shops that cannot match the company's buying power or breadth of products. Site One can offer professional landscapers an unmatched combination of selection, service, and price that make it tough to compete with. What's more, SiteOne has a history of using its financial might to gobble up its competition to consolidate the market.

While SiteOne is currently the largest player in its industry -- the company is more than four times larger than its closest competitor -- its current market share is only about 10%. This means that there is still ample room for the company to grow as it takes market share both organically and through acquisitions. When adding in margin improvements, market watchers believe that SiteOne's profits will grow in excess of 28% annually over the next five years. That's an attractive growth rate for a company that is currently trading around 36 times forward earnings.