The iron ore miner's revenues fell 50% and it posted a bottom-line loss, but the situation is nowhere near as dire as those numbers might make it appear.

At first glance, Cleveland-Cliffs' (CLF -3.21%) most recent earnings report might make shareholders want to push the sell button as fast as they can open their brokerage accounts. But before you  precipitously sour on this iron miner, take a deeper look at its results. Even though its revenue and earnings were down drastically, those declines were largely a product of its moves to shut down unprofitable assets.

If you are a Cleveland-Cliffs' investor, there are a few numbers in this earnings release that should give you a lot of hope for the upcoming year and beyond. Here's a brief rundown of its most recent earnings report.

Under most circumstances, such a drastic reduction in revenue and widening losses would rightly be viewed as a cause for investors to panic. This is probably one of those rare instances that those numbers don't tell the whole story -- in this case, because of two items that significantly impacted Cleveland-Cliffs' income statement for the first quarter.

When you factor those two things out of its most recent results, the picture looks less bleak. In fact, one thing that was incredibly encouraging was the performance of its U.S. iron ore business. 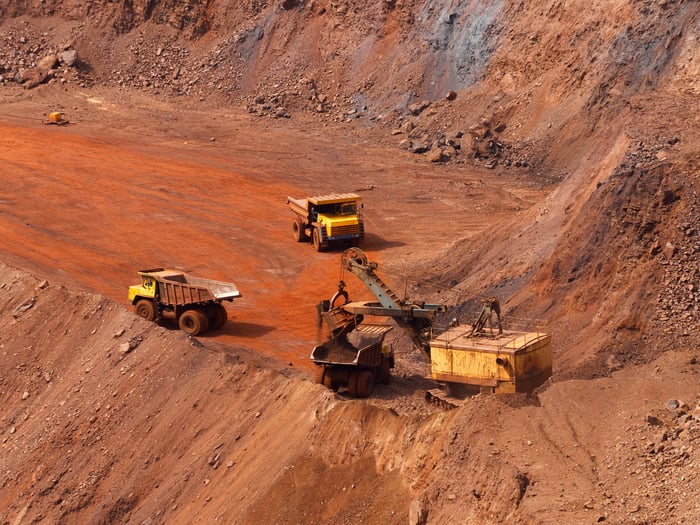 Even though the company reported a near 50% decline in tons sold as a result of those new accounting standards mentioned above, Cleveland-Cliffs still reported a higher gross margin compared to this time last year. Several new contracts that have new pricing models led to a 32% increase in the average price per ton sold. Since most mine costs are fixed, those higher prices flowed straight to the bottom line, and produced a $38.17 per ton gross margin compared to $15.72 year over year.

The Q1 headline numbers in Cleveland Cliffs certainly didn't dampen the enthusiasm of CEO Lourenco Goncalves. In his press release statement, he touted the strength of the company's U.S. iron ore business.

The year started very well for our pellet business, with better-than-expected performance for both tonnage shipped and price realization. The Great Lakes ice melting earlier than forecasted has helped our blast furnace clients to start a much-needed replenishing of their depleted pellet inventories ahead of their own expectations. To illustrate its strength thus far, we outperformed our EBITDA from last year's first quarter in U.S. Iron Ore, despite only recording about half the sales volumes ... The strength in the domestic steel market we have seen so far this year is sustainable and should support very strong results for Cleveland-Cliffs in 2018. 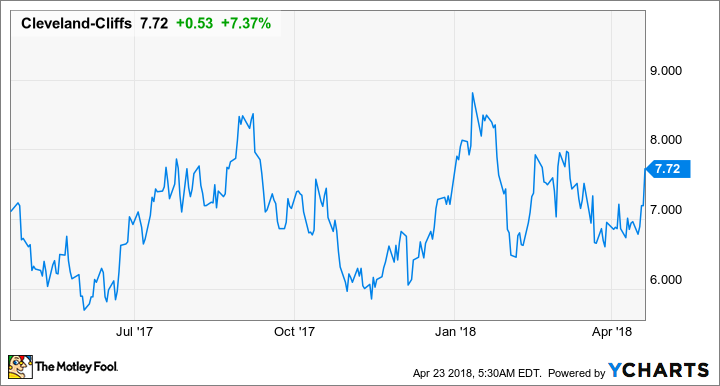 Speeding with the emergency brake on

Closing less profitable mines from time to time is simply part of the mining business. Management had been saying for several quarters that it would run the Australian mining complex as long as it remained a positive cash flow asset. That was no longer the case, as the price for its lower-grade iron ore has declined drastically in recent quarters, so its closure should come as no surprise to investors.

It does mean, though, that Cleveland-Cliffs' results will get dragged down slightly by mine closure costs and by the termination of some of its service contracts. Fortunately, there's robust demand for iron ore, and high prices in the U.S. that should more than offset these costs, and lead to some of Cleveland-Cliffs' best results in years. As long as the miner maintains this track, its shareholders should be richly rewarded.