The year was 1999 and "internet" stocks were all the rage. On opposite sides of the country, two banks -- BofI Holding (NASDAQ:AX) and First Internet Bancorp (NASDAQ:INBK) -- were both betting on a business model of asset-light internet banking. Nearly two decades later, one of these banks has grown into a $2.6 billion force to be contended with, while the other lags behind with a market cap of less than $350 million.

Guess which one FIG Partners thinks has the greater growth potential going forward? 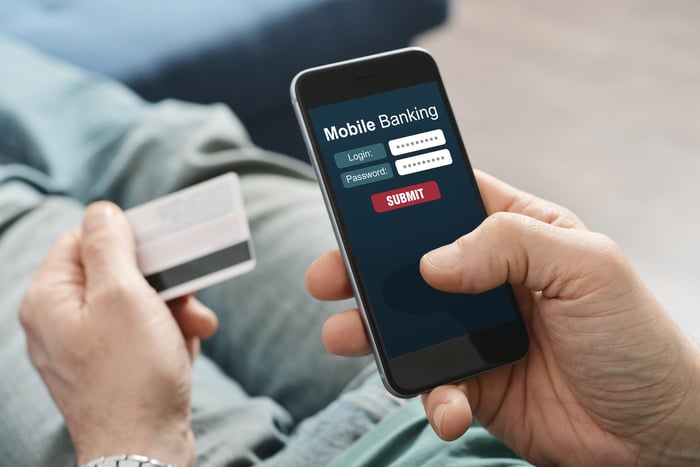 BofI (short for "Bank of Internet") Holding stock is on a tear, with its shares up 88% over the past year, and up 39% this year alone. And yet, when picking an internet banking stock to recommend today, FIG Partners went with the underdog First Internet Bancorp -- up 26% over the past year, but down 9% so far this year -- instead.

Comparing apples to apples, FIG observes that among banks with between $3 billion and $5 billion in assets, stock prices have on average gained about 8% so far this year, rising as First Internet Bancorp stock has fallen. As a result, First Internet Bancorp stock now costs only about 129% of pro forma tangible book value, versus a valuation nearly twice that -- 225% -- for similar-sized banks, FIG points out in a note covered today on StreetInsider.com (subscription required).

"Given this underperformance and taking into account the recent common offering," says FIG (earlier this month, First Internet Bancorp successfully sold 1.5 million shares of stock at $33.25 per share), "we believe the current level/valuation presents an attractive buying opportunity for this unique banking franchise."

That's an interesting statement on FIG's part, because it happens to tally with comments my Fool.com colleague Jason Hall made in April, when asked which stocks he thought had potential to show Microsoft-like growth rates over the next 30 years or so.

Just as for FIG, First Internet Bancorp was the name that jumped to Jason's mind. As he argued at the time, "[W]hile others have since passed [First Internet Bancorp] in assets and market capitalization, its growth prospects are still wonderful, and its branchless model gives it a competitive advantage with lower costs. In recent years, it has been able to leverage this and deliver solid growth," with earnings more than doubling since early 2015.

A distinction with a difference

That being said, it's worth pointing out that while their names sound similar, there are some big differences between BofI Holding and First Internet Bancorp, which could make the former a better investment than the latter -- and explain why the former has already outperformed the latter so handily.

Does this mean that FIG is wrong to recommend buying First Internet Bancorp stock? Not necessarily.

Analysts still expect First Internet Bancorp to grow its earnings faster than its larger rival, with a projected five-year annualized growth rate of 17.9%, versus just 10% for BofI Holding. First Internet Bancorp also pays its shareholders a small dividend (0.7%), which is something that BofI does not do. And ordinarily, I'd be more inclined to buy a stock selling for 16.5 times earnings and growing at 17.9%, than one selling for 18.4 times earnings and growing at only 10% -- especially when it's the first stock that pays me a dividend.

On the other hand, I can't help but note that right now, the best interest rate that First Internet Bancorp is offering most depositors is 1.26% on money market accounts. That's competitive with interest rates being offered by BofI, but it compares poorly to the 1.6% interest rate that depositors at Ally Bank or Capital One 360 can earn on their savings, for example. I cannot help but think this will hobble First Internet Bancorp's growth as it attempts to compete with better-financed rivals that can afford to pay their depositors better rates.

Long story short, take these analysts' predictions of rapid earnings growth at First Internet Bancorp with a few grains of salt. This stock may not be as cheap as it seems.