AT&T's (NYSE:T) victory in its lawsuit to buy Time Warner (NYSE:TWX) can best be described as a rout. Not only did the company win an unconditional victory, giving up nothing to the federal government, but the U.S. District Court judge harshly weighed in on some government arguments, notably calling one "poppycock."

It appears the federal government overplayed its hand. By throwing in all of its chips and filing a lawsuit instead of working cooperatively with AT&T and Time Warner, it weakened its hand to police future mergers, particularly vertical mergers.

However, the biggest loser in this decision is not the Trump administration, but rather The Walt Disney Company (NYSE:DIS). Here's why. 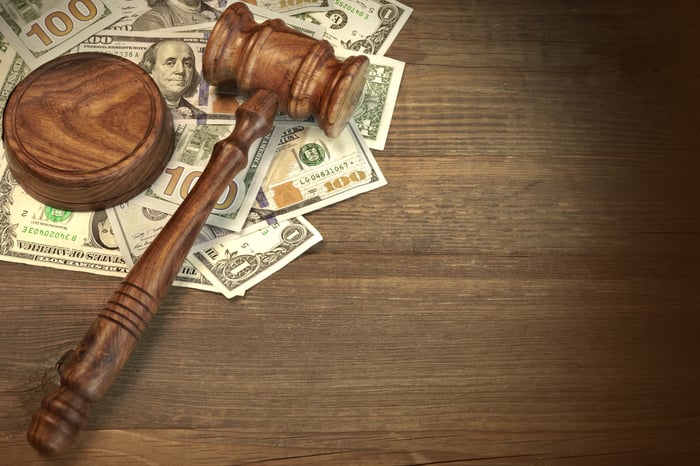 At one point considered a fait accompli, Disney's purchase of the movie studio, television networks, and regional sports assets of Twenty-First Century Fox for $52.4 billion is now less certain due to competition from Comcast (NASDAQ:CMCSA). Before the decision, it was widely reported Comcast wanted Fox's assets but refrained from making a formal bid, fearing the Trump administration's ire. After the ruling, it made its bid.

The government's main argument against the AT&T-Time Warner merger was that vertical integration -- letting the same company own substantial delivery and content assets -- would result in higher prices for consumers. In many ways, this looked like trying to litigate Comcast's acquisition of NBCUniversal and its host of television networks from General Electric during the Obama administration.

Now that the government's case has been dismissed, and harshly so, Comcast is on a mission to grow its content operations via acquisitions without fear of government reprisal, starting with Fox's assets. The cost to Disney? Perhaps more than $12 billion if it increases its bid for the Fox assets to top Comcast's $65 billion offer.

Disney will win a bidding war, but at what cost?

It's my opinion that Disney will win the right to Fox's assets. First, the assets are a better fit, which matters to large shareholder and Fox founder Rupert Murdoch, as he built many of these assets from the ground up and would become a major shareholder in Disney if the deal closes. Disney CEO Robert Iger has perhaps the best track record ever of integrating studio assets -- Pixar, Marvel, and Lucasfilm have all been acquired with Iger at the helm -- and having rights to the full (except for Spider-Man) Marvel Cinematic Universe is worth potentially billions more to Disney, due to deeper story lines and reunited characters.

Having to compete with deep-pocketed Comcast may result in the "winner's curse" -- an economic term denoting the tendency for a winning auction bid to exceed the true value of the assets won. In the end, I don't expect that to happen due to Iger's amazing track record with studio acquisitions, but it's more likely now that Comcast is pushing up Fox's price.

For Disney shareholders, an inked deal could result in short-term stock suppression as Disney seeks an all-stock deal. If Comcast forces the price of Fox's assets $12 billion to $20 billion higher, this would increase Disney's shares outstanding by 7.5% to 12.5%. Remember, this is on top of the 33% increase from the base-case scenario that Comcast would hold its fire and not bid on Fox's assets.

The upshot is: Although the government may have lost the court case, Disney's the entity that will pay the price...literally.