That escalated quickly: Prosecutors in Munich, Germany, arrested Audi AG (OTC:AUDVF) CEO Rupert Stadler on Monday, a week after revealing that they considered him a suspect in a criminal case related to Audi parent Volkswagen AG's (OTC:VWAGY) diesel-emissions cheating scandal.

Stadler was arrested on Monday morning at his home. Prosecutors moved to arrest Stadler because of concerns that he planned to contact others involved in the case, possibly to prearrange testimony. He is being held on fraud-related charges stemming from the Munich prosecutors' investigation into VW's Dieselgate scandal. 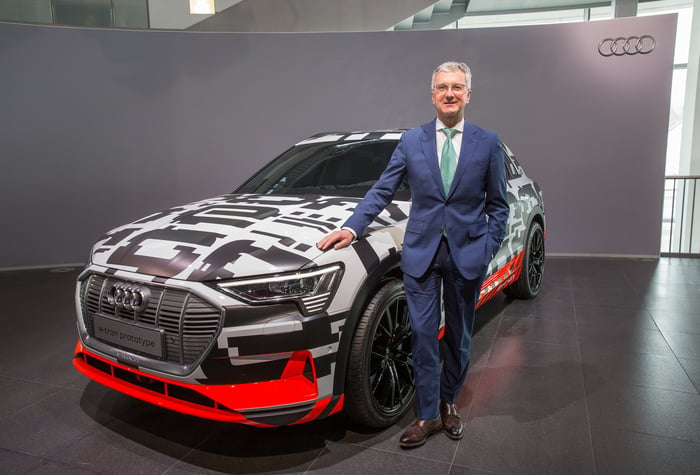 An interim CEO for Audi

VW's board of directors has nominated Bram Schot, Audi's sales and marketing chief, to take over as interim CEO, Germany's Sueddeutsche Zeitung said on Monday. German business magazine Handelsblatt reported that VW's board plans to place Stadler on administrative leave for the time being.

Stadler is the latest (but not the only) VW executive to be implicated in the Dieselgate scandal since Volkswagen admitted in September 2015 that it had used illegal software to cheat on U.S. emissions testing of vehicles with diesel engines. German authorities already have Wolfgang Hatz, the former chief of engine development at Porsche, in custody, and another 20 suspects are still under investigation, the Munich prosecutors' office said last week.

The Munich investigation is separate from an ongoing criminal investigation by the U.S. government. That investigation is well along: Two former VW managers are already serving jail time in the U.S. on Dieselgate-related charges, and a U.S. grand jury found sufficient evidence to indict former VW CEO Martin Winterkorn earlier this year. 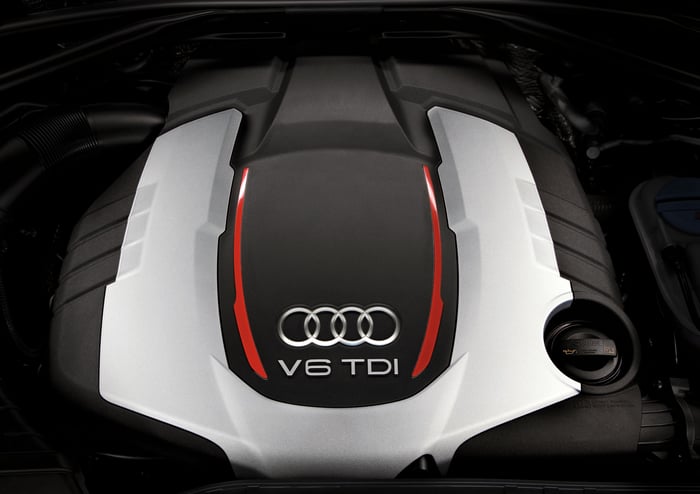 What does this mean for VW's stock?

Those aren't big drops. But they're enough to add to the stock's woes. VW's ordinary shares are still down about 30% from their pre-scandal highs in 2015. 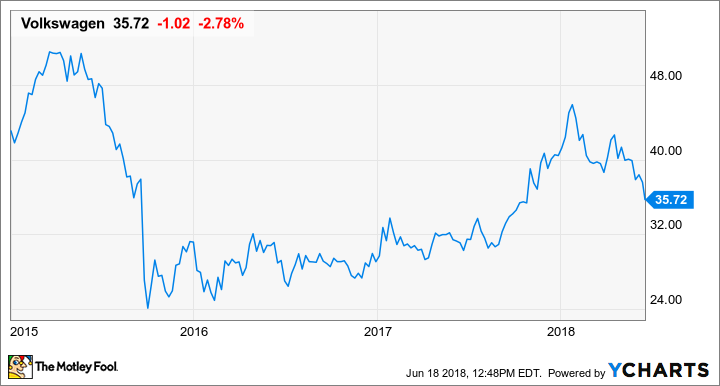 VW's beaten-down shares have drawn some interest from value-minded investors. There are some good reasons to consider VW as a value play. The company's profits have continued to be strong despite the adverse publicity from the scandal, and there's a good dividend. VW's ordinary shares are currently trading around 6.9 times trailing earnings, versus the 10 to 12 times we'd expect for a healthy automaker in a strong economy.

So is it time to buy VW?

As I said last week, if you've been considering adding VW to your portfolio, I think it's probably best to hold off a little longer. While VW is very unlikely to go out of business over this, there may be more and larger consequences to come. And Monday's events are far from trivial: Losing Stadler, who has capably led Audi since 2010, is a significant blow.

Given that other important VW executives could still be charged, and that VW's shares are unlikely to have a catalyst for a major bull run anytime soon, holding off could yield a better buying opportunity -- and a clearer view of the potential upside.