But after that rout, Altria trades at just 13 times forward earnings and pays a hefty forward dividend yield of 4.9%. Analysts also still expect Altria's revenue to rise 1% and for its earnings to climb 18%, indicating that Wall Street isn't terribly concerned about the headline risks. Let's examine the four big bearish arguments against Altria, and why they shouldn't scare you away from this reliable income stock. 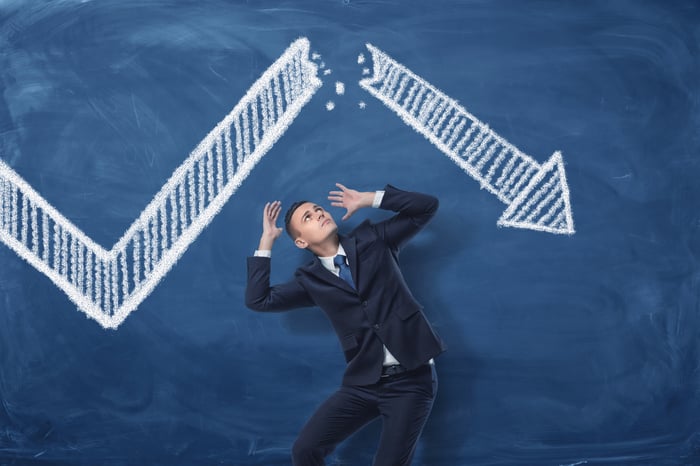 Earlier this year, the FDA announced that it was drafting new rules to lower the nicotine level in cigarettes and restrict the use of flavored cigarettes, cigars, and e-cigarettes. It also rejected Altria and Philip Morris International's (NYSE:PM) claim that their iQOS devices, which heat tobacco "sticks" instead of burning tobacco, are safer than cigarettes.

This sounds like bad news for Altria, but investors should note that it could take years to implement those new regulations. Moreover, Altria's core market of loyal Marlboro smokers probably won't be deterred by new limits on nicotine content.

British American Tobacco, on the other hand, could be hurt by new restrictions on flavored cigarettes, since it depends more heavily on menthol-heavy brands like Newport, Kool, Dunhill, and Pall Mall.

The CDC recently announced that only 14% of US adults still smoked in 2017, compared to 16% in 2016, marking a new historical low. Teens also shunned cigarettes, with high school smoking rates dropping to a record low of 9%.

Altria also still has plenty of room to raise prices across the United States, where the average pack of cigarettes costs $7, according to Numbeo. A pack in Australia, the priciest market for smokers, costs nearly $20. 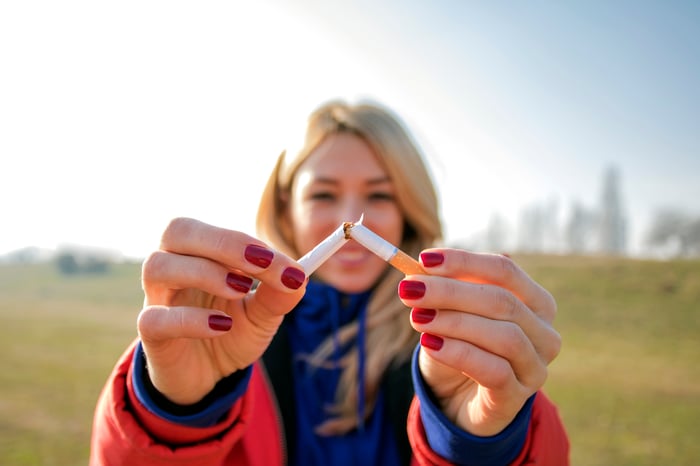 Yet those fears aren't logical, for two simple reasons. First, Marlboro still controlled over 43% of the US retail cigarette market last year. Smokers are often loyal to a single brand, and won't abruptly switch over to Reynolds brands like Camel or Pall Mall. Second, America's strict restrictions on tobacco ads will prevent British American from launching aggressive marketing blitzes.

Moreover, if push comes to shove, there's a strong chance PMI will acquire Altria to recombine the two halves of Philip Morris. Last year, Wells Fargo analysts pegged the likelihood of a takeover at 70%, since it represented the easiest way for PMI to compete against British American.

Rising interest rates will inevitably cause some investors to sell Altria, but blue-chip dividend stocks generally bounce back over the long term. Altria's high yield and low valuation are also setting a firm floor under the stock in the mid-$50s.

Altria definitely isn't a stock to buy and hold "forever", since it will eventually run out of room to raise cigarette prices or cut operating costs. But it should remain a reliable dividend stalwart for at least a few more years, and it remains a bargain at these levels.