Please ensure Javascript is enabled for purposes of website accessibility
Log In Help Join The Motley Fool
Free Article Join Over 1 Million Premium Members And Get More In-Depth Stock Guidance and Research
By Natalie Walters - Jun 26, 2018 at 7:44AM

A trove of beloved film characters and a library of blockbuster movies are just some of the advantages Disney brings to the fight.

Disney (DIS -2.87%) has taken some flak recently due to Netflix (NFLX -3.85%) taking its place as the most valuable media company in the world.

Netflix is currently at a $165 billion market cap, just topping Disney's $156 billion figure. It's a sign of the streaming times, but it doesn't mean Disney is done having its presence felt in the space. Next year the House of Mouse will launch its own over-the-top (OTT) streaming service, and it already has a number of current and potential advantages that will help it compete with Netflix. Here are three: 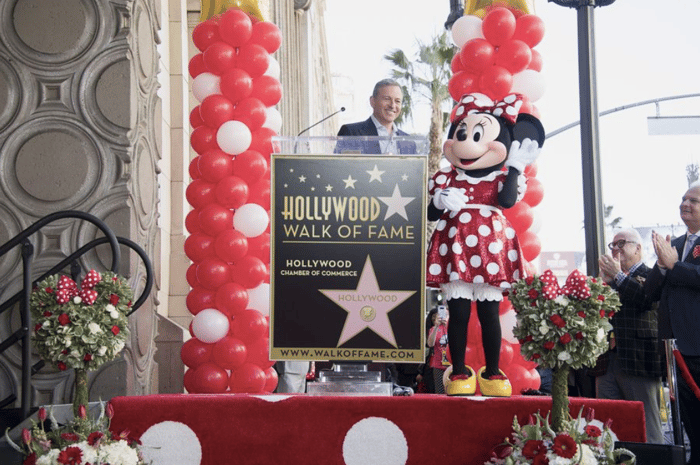 After Netflix's latest blowout quarter for the period ended in March, Disney's yet-to-be released streaming platform lags behind Netflix by a total of 125 million subscribers. That's a lot of ground for Disney to cover in the streaming world, where it's just starting to get its feet wet.

However, Disney does have a bit of a head start -- a built-in base of subscribers -- considering that its extensive intellectual property library is expected to automatically draw in a wave of loyal viewers. This is especially true considering Disney announced last fall that it would be removing all of its content from Netflix starting next year when its contract with the top streamer ends. Netflix has said that it's not worried about fallout from this loss of high-quality content, but it's hard to downplay the power of Disney's beloved collection of films.

Disney can also capitalize on its catalog of titles like Bambi and Snow White by launching additional content around them on its new streaming platform. These could include sequels, behind-the-scenes content, or short films that build off these worlds that Disney created and that fans love. This old library of films that go back to the 1930s is something that Netflix can't replicate.

Disney was the top-grossing moviemaker in 2017, and has already released a slew of big movies in 2018. Its new superhero movie Black Panther was the second fastest movie to reach the $400 million mark and has now grossed over $1.3 billion worldwide. Its other recent superhero film, Avengers: Infinity War, has performed even better with over $2 billion grossed across the globe since its late April release.

The point is that Disney has four well-known brands — Marvel, Pixar, Disney, and ESPN — that it can use to bring the blockbuster movie experience to its new video streaming service. When you consider Disney's Frozen made $1.3 billion at the box office, you can imagine how many people would sign up for Disney's platform if the sequel was released either exclusively on the platform or on both the platform and in movie theaters on the same night. Or think about how many Marvel fans would be willing to pay $10 per month to be able to stream new movies as soon as they're launched.

Disney's history of blockbusters should give investors confidence that it can translate this same success to the smaller screen. And while Netflix has been lauded for its release of TV originals like Stranger Things and Queer Eye on its platform, it lacks Disney's box office experience because it's never had to rely on movie ticket sales for revenue.

As the cherry on top, Disney could soon close on its huge $71.3 billion cash and stock deal to acquire Twenty-First Century Fox's (FOX) entertainment business, including the Twentieth Century Fox movie studio; the National Geographic, Sky, and FX networks, as well as its stake in Hulu.

These could be huge assets for Disney in the race against Netflix. The Fox studio currently produces a number of hit TV shows, including This Is Us, Modern Family, The X-Files, and The Simpsons. In fact, This Is Us had an average of 16.5 million viewers in 2017 and was the sixth most popular TV show of the year, according to Nielsen. Meanwhile, Netflix's Stranger Things Season 2 averaged 8.8 million U.S. viewers per episode after its first three days online, according to Nielsen.

Fox can also boost Disney's film catalog with popular titles such as the X-Men franchise, Deadpool, The Fantastic Four, two Star Wars trilogies, and James Cameron's two hits Avatar and Titanic. Together, Disney and Fox could truly dominate the traditional box office and, soon, the growing movie scene in the video streaming space.

While Netflix is spending billions to increase its library of original films and TV shows, it's still nowhere near the combined content library of Disney and Fox.