On Wall Street, financial companies pride themselves on having the most sophisticated research capabilities in order to stay ahead of their competitors. FactSet Research Systems (NYSE:FDS) has been a growing provider of the information that full-service brokerages and investment analysis specialists need in order to do their jobs, and the long bull market in stocks helped to power the company's fortunes higher. Yet when market turbulence entered the picture, some feared that FactSet might have trouble keeping up its pace.

Coming into Tuesday's fiscal third-quarter financial report, FactSet shareholders wanted to see continued signs of solid growth, and for the most part, that's what the company delivered. Despite a drop in its share price, FactSet is proving that it doesn't need favorable market conditions to thrive, and it's possible that a greater need for high-quality information might make a downturn more profitable for FactSet. 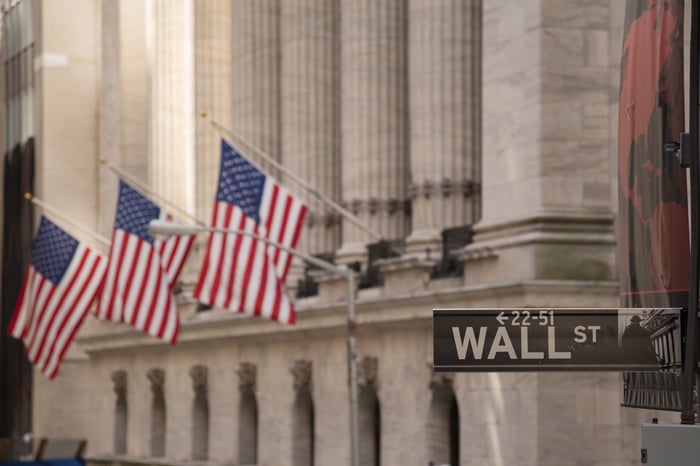 FactSet's fiscal third-quarter results didn't show many signs of any market-related pressures. Revenue climbed 9% to $339.9 million, which was almost exactly in line with what most investors were expecting to see. Adjusted net income climbed a healthier 17% to $85.1 million, and adjusted earnings of $2.18 per share were higher by $0.05 per share than the consensus forecast among those following the stock.

FactSet's fundamental business continued to look solid. Organic revenue was higher by almost 6%, sustaining its pace from past quarters, with the company attributing the increase to higher analytics products sales, as well as services from its content and technology solutions and wealth management solutions areas. Annual subscription value was also higher by 6% to $1.36 billion, most of which was attributable to organic growth. Roughly equal contributions came from FactSet's buy-side business, which generally serves investment and commercial banks, market makers, and other corporate customers, and its sell-side business serving companies that give merger and acquisition advice and offer services related to the capital markets like brokerage. The international business continued to grow at a faster pace than its U.S. counterpart, with domestic growth in annual subscription value coming in at 4.4% compared to an 8.1% rise abroad.

Client counts continued to make a slow advance, coming in at 4,975 as of the end of May. That was up by 80 from three months ago, and user counts were up about 1% to just over 89,500. Retention remained above the 95% mark in subscription value terms and was 90% in terms of raw numbers of clients.

CEO Phil Snow called out one key aspect of FactSet's success. "We are making progress integrating and cross-selling our acquisitions, resulting in important wins this quarter, particularly within analytics," Snow said. The CEO also noted that the new launch of the Open:FactSet marketplace, which offers both financial and alternative data useful for investors, is playing a key role with innovation for the company.

FactSet remains optimistic, and Snow pointed to a "solid pipeline" of business for the coming quarter.

Shareholders also got a nice reward over the past quarter with a higher dividend. FactSet gave the dividend a 14% boost to $0.64 per share quarterly, and that represented the 13th straight year that the financial information provider increased its payout. That combined with repurchases of more than $120 million during the quarter, with a new program allowing for $325 million to $375 million in authorizations going forward.

Incremental boosts to some of FactSet's guidance were also encouraging. The company kept its revenue estimate unchanged in a range of $1.34 billion to $1.36 billion. However, new adjusted earnings guidance for $8.37 to $8.62 per share would be $0.02 to $0.07 higher than the previous range FactSet gave.

Even with the strong numbers, FactSet investors didn't seem to like the performance, and the stock was down almost 4% at midday following the Tuesday morning report. In the long run, though, FactSet's recent performance should be helpful for investors, because it shows that even when markets start to get bumpy, FactSet won't necessarily see a big plunge in interest for its services.