Although many expected The Walt Disney Company's (NYSE:DIS) latest Lucasfilm movie, Solo: A Star Wars Story, to underperform, the numbers have been worse than anticipated. Industry analysts are predicting that Disney will lose $50 million on the movie.

Further reports indicate the film's bomb has forced Disney to rethink its strategy for Lucasfilm releases, putting the spin-off anthology movies on hold to focus on "official" films.

While most analysts have blamed an uninspiring script and chaotic filming process for the box office bomb, and while it's possible those were factors, Solo's failure was mostly the result of something deeper and more structural with the movie industry, and Disney investors should be worried. 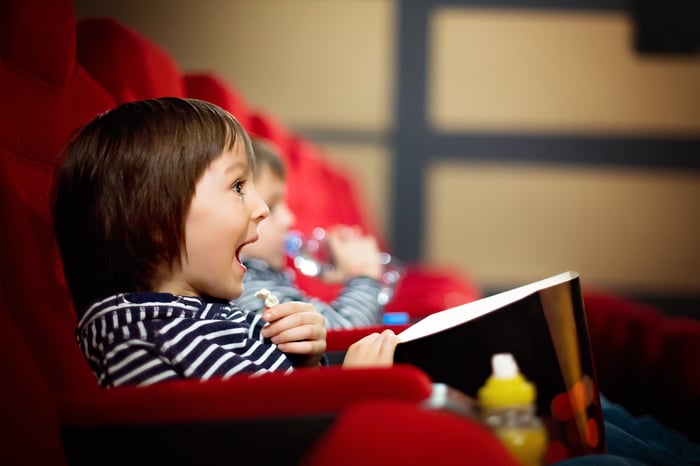 What gets lost in the Solo debate was that it was relatively well accepted by both critics and general audiences, with Rotten Tomatoes scores of 71% and 65%, respectively: far from a bomb. Although it trails Star Wars: The Last Jedi's professional critics score (91%), it ranked higher than the audience score of 46%.

Instead, Solo failed because the economics of the movie industry aren't set up for many movies to succeed. Attendance is heavily skewed towards weekends, which forces head-to-head competition.

Recent results bear this out. Although there have been approximately 400 releases from December to now, nearly 40% of all domestic box office gross revenue since then has been earned by just five megaearning tentpole movies, Solo included.

Complicating things is that the domestic movie industry is in decline when judged by traffic. Last year, 1.2 billion tickets were sold: the lowest total since 1992, when the U.S. population was 25% smaller.

Earlier this year, Disney announced a deal to buy Twenty-First Century Fox's (NASDAQ:FOX) studio and television assets. Although Comcast has tried to spoil Disney's bid, it has been reported that Fox is more interested in Disney as a suitor. Provided Disney wins, the company will gain another key asset in the deal: timing and optionality.

For example, Disney's Solo essentially had to compete head-to-head with Fox's Deadpool 2, as the latter was released a week earlier. It's clear there was some cannibalization: Box Office Mojo reports Solo won the domestic box office with $83.3 million on its opening weekend, less than the $101 million Disney estimated. Deadpool pulled in $42.7 million domestically (good for second place) and nearly beat Solo internationally.

When/if Disney acquires Fox's studio assets, the company would not only gain X-Men, nearly completing the full Marvel Cinematic Universe (the notable exception is Spiderman, which Sony retains), but would eliminate some competition by a large, capable studio for those limited release slots. In my opinion, the asset of timing and optionality is being undervalued by industry observers.

Should Disney stock be revalued?

Even the most bullish thesis on Disney acknowledged the cable and broadcast television market was no longer as lucrative as it once was and would continue to be a drag on performance, although the degree to which it would is a point of debate.

However, the bullish thesis was that strong returns from other divisions -- particularly the film studio and theme parks -- would offset the TV division until it was able to successfully transition to streaming and digital delivery.

It is my opinion that the film industry will continue to be lucrative for Disney, particularly if the Fox deal is approved, but shareholders should understand that organic growth will eventually be difficult to attain. As Solo shows, the underlying economics of the industry will eventually win.