With 400 million daily active users, Instagram Stories is a bigger threat to Snap than ever.

Instagram recently announced that daily active users of Stories surpassed 400 million, more than doubling Snapchat's recent number of 191 million in the first quarter. Instagram Stories is growing considerably faster than Snapchat, too: It's up about 150 million users from this time last year, a 60% increase. Snapchat's user base increased just 15% year over year in the first quarter.

And things seem to be getting worse for Snap. Snapchat active users declined in March compared to February, and management couldn't provide any encouraging words for the second quarter. As Instagram Stories continues to grow in popularity, it presents an increasing challenge for Snap. 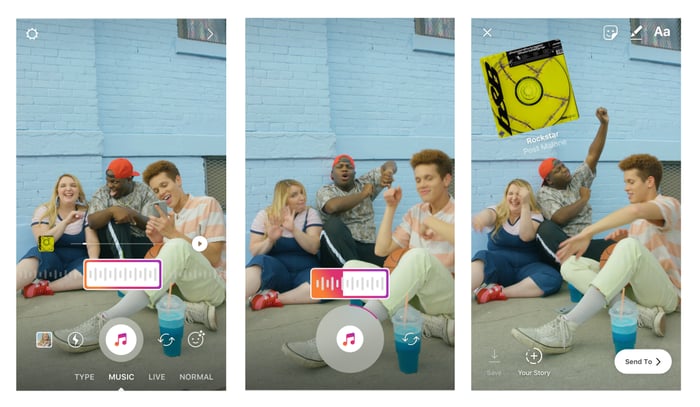 Everybody's got a story to tell

Instagram Stories isn't even Facebook's most popular stories product; WhatsApp Status has over 450 million daily active users. But while WhatsApp users are more concentrated outside the United States, Instagram has a strong base of domestic users. So, though there's likely a lot of overlap between users of Instagram Stories and WhatsApp Status, both have their fair share of unique users as well.

And Instagram's strength in the U.S. arguably makes it both more valuable than and a bigger threat to Snap. Snap points out in its annual report: "We benefit greatly from the fact that many of our users are in markets where we have the highest capital efficiency and monetization potential." In other words, its users are concentrated in markets like the U.S., Canada, and western Europe -- the same areas where Instagram is also supposedly very strong.

Instagram's strength has shown up in Snap's results. It's added just 10 million daily users in North America over the last year and another 7 million in Europe. "Rest of World" isn't doing so great either, but it's managed to add 8 million new users off a smaller base. Of course, Snap is competing with WhatsApp in those Rest of World markets.

But Snap's financial future is also challenged by Instagram's growth. The Stories format is an interesting ad platform because it's full-screen and captures a viewer's entire attention. Snap has spent several years perfecting the pitch and introducing advertisers to the format, but Facebook and Instagram have given marketers what Snap can't -- hundreds of millions of users and unparalleled targeting data. If a marketer is choosing between the two, the choice is obvious.

Facebook is still in the early stages of monetizing its stories products. Introducing more ads to Instagram Stories and finding the saturation point (where users stop engaging as much) is the company's next step.

It's already hit that saturation point in its core News Feed product. That's led to significant average ad-price increases as demand growth significantly outpaces the minimal growth in supply. But Facebook can't expect that trend to continue forever, and it needs to find new ways to bring advertisers inventory.

The massive growth in Instagram Stories -- as well as WhatsApp Status and even Facebook Stories, which has 150 million daily users -- is the next big opportunity for Facebook. Instagram announced the ability to add music to Instagram Stories in its press release announcing 400 million active users. That presents a small opportunity to sell native advertisements to record labels looking to promote artists. But investors should expect moves to fully monetize the time spent in Stories, beyond influencing the soundtracks on people's slideshows.

As the company progresses toward effectively monetizing Instagram Stories, it will propel Instagram toward $10 billion in revenue. And a lot of that revenue will come at the expense of Snap.