Twitter (NYSE:TWTR) has been on a roll. After the company reported its first profit ever and returned to growth in the fourth quarter of 2017, growth accelerated as all of its major products and geographies saw improvement. As a result, Twitter shares have surged, rising 87% year to date.

This performance puts pressure on quarterly results later this month. With such an impressive run-up in the rearview mirror, the stock may be more susceptible to a meaningful pullback if the company fails to meet expectations when it reports its second-quarter results. Here's an overview of two important areas to watch when the latest quarterly figures go live. 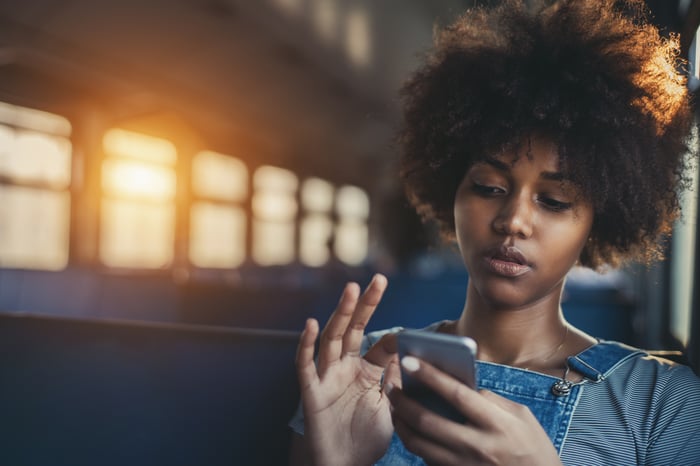 In Twitter's first quarter, revenue growth accelerated significantly, from 2% year-over-year growth in the fourth quarter of 2017 to 21% in Q1. Combining this reacceleration in Twitter's business with its skyrocketing stock price means investors have high hopes for more strong growth in Q2.

On average, analysts expect Twitter to report second-quarter revenue and non-GAAP earnings per share of $692 million and $0.16, up 21% and 100% from the year-ago quarter. Given the company's broad-based momentum across both products and geographies, these seem like reasonable estimates.

However, considering Twitter's recent ability to post results above analyst expectations, the social network may need to grow revenue at a faster rate than the 21% year-over-year growth in Q1 in order to keep impressing investors.

"[O]ur focus continues to be to drive usage of Twitter as a daily utility," said Twitter CFO Ned Segal in the company's most recent earnings call when asked a question that related to its monthly active users. Management believes its daily active user growth gives investors better insight into the impact of its efforts to drive engagement on its platform.

Twitter plans to announce its second-quarter results before market open on July 27.