Shares of Post Holdings Inc (NYSE:POST) jumped 11.9% in June, according to data provided by S&P Global Market Intelligence, after a few corporate announcements came out.

The first announcement was that Howard Friedman is joining the company to head up the Post consumer brands division. He will replace Chris Neugent, who will move to a strategy role. Friedman comes from Kraft Heinz, who is widely considered to be a market leader in the food business, whether the reputation is deserved or not. 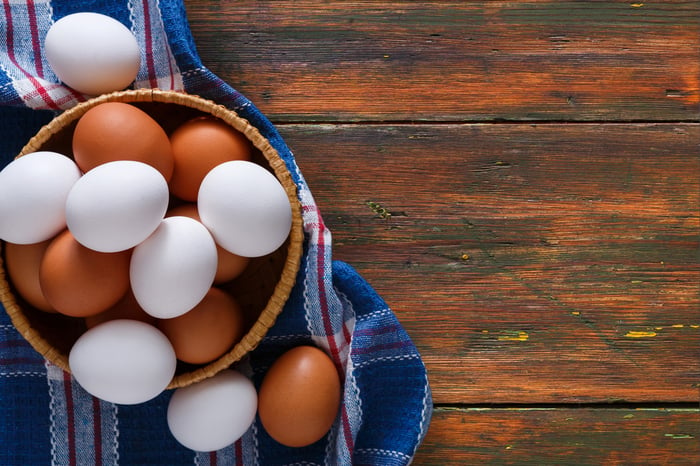 Management also said the Klingerstown, PA egg plant would only have minor disruptions after a fire occurred in late May. There were no injuries reported from the fire and by mid-July, the plant is expected to be in full operation.

There wasn't any fundamental change in Post's business in June, despite the rise in the stock price. Sometimes the market's rise overall can pull a company higher and a few small items can cause it to jump double digits.

What I'll be watching in the future is if new leadership can drive better results for the consumer brands business. In the second fiscal quarter of 2018, the company reported just 0.4% sales growth in the division, despite a 1.8% rise in volume sold. If the new manager can regain some pricing power it would add a lot to the company's long-term growth.