Loon was originally thought up by Google as a way to deliver internet to rural areas using balloons. Wing is developing an innovative new autonomous drone delivery system to transport goods. 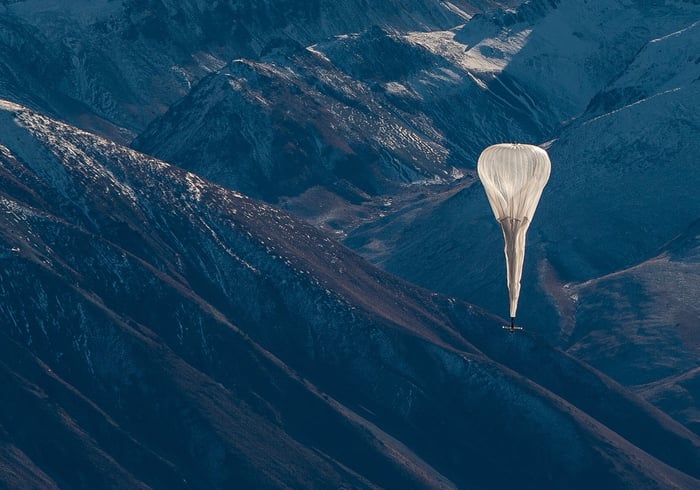 Not so loony anymore

While Project Loon initially sounded rather loony, the company is clearly onto something. Loon essentially raises cellular antennas that are typically mounted on cell towers, expanding their range. The balloons are roughly the size of a tennis court and are designed to withstand extreme atmospheric conditions.

Just a week ago, the country of Kenya said it was in discussions with Loon to deploy internet balloons in order to connect those in rural areas, according to Reuters. Kenya's information, communication, and technology minister, Joe Mucheru, said, "The Loon team are still working out contracts and hopefully once that is done, we can be able to see almost every part of the country covered."

Loon has a very real opportunity to essentially supplement and/or compete with the existing cell tower industry.

There will be no shortage of business opportunities for autonomous drone delivery, as the technology has the potential to dramatically reduce costs and greenhouse gas emissions while improving delivery speed. Wing is also developing an unmanned-traffic management (UTM) platform to help handle the inevitable issue of air traffic congestion. The platform can manage and coordinate complex flight paths of many drones while also monitoring aircraft flights, according to Wing.

Like other Alphabet subsidiaries, Loon and Wing will both operate independently under Alphabet's corporate umbrella and be free to make their own operational decisions. Alphabet is naming Alastair Westgarth as the CEO of Loon, with James Ryan Burgess becoming the CEO of Wing.

With Nest recently moving out of Other Bets and being reintegrated into Google (a process that entailed disclosing Nest's financials for the first time), the Other Bets segment just got a whole lot smaller, generating just $150 million in revenue for an operating loss of $571 million in the first quarter.