Shares of The Meet Group, Inc. (NASDAQ:MEET) have gained 44% through July 11 this year, according to data from S&P Global Market Intelligence. The gains came largely from a two-month surge that began in May with a strong first-quarter earnings report and continued with the expansion of its live-streaming platform to some European countries.

The chart below helps show the stock's progress as it overcame an early sell-off to post strong gains through the first half of the year. 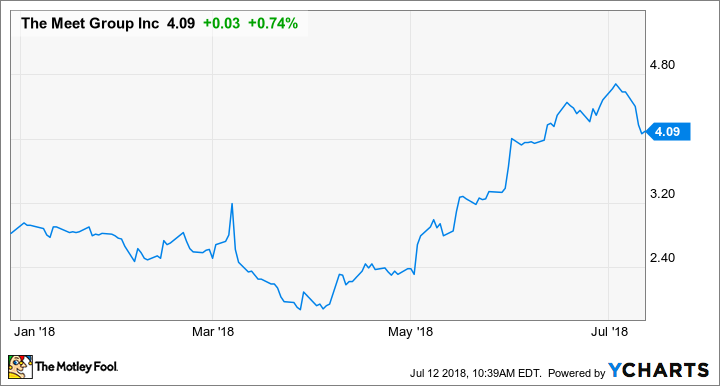 Shares of Meet Group, which owns social apps like MeetMe, LOVOO, and Skout, got a boost after its first-quarter earnings report came out as revenue jumped 88% to $37.6 million, well ahead of estimates at $34.2 million, while earnings per share slipped from $0.07 to $0.05, but that still beat estimates at $0.02. CEO Geoff Cook said that live video monetization was accelerating at a faster pace than the company expected, which bodes well for the future top- and bottom-line growth, as live video is a key component of Meet Group's business. 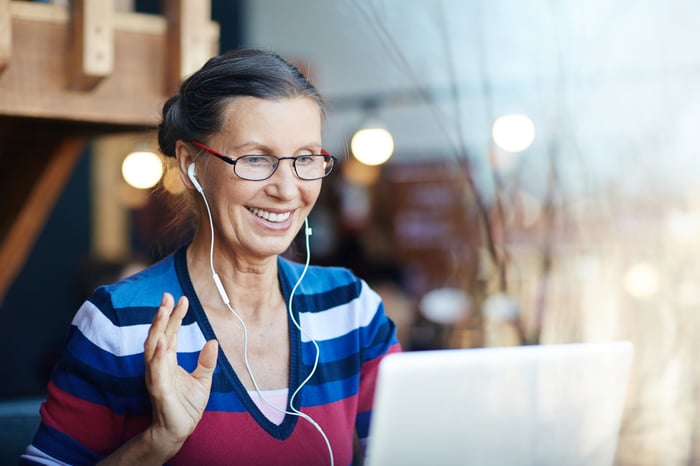 Video revenue jumped 120% sequentially due to momentum in the MeetMe app and the launch of livestreaming monetization on Skout. Cook also brushed off concerns about the threat from Facebook's entering online dating. Shares jumped 16% on May 3 when the report came out and continued to move higher in the subsequent days, gaining 29% over a four-day span.

Later in the month, the stock got another boost when the company launched live-streaming on LOVOO in France and Switzerland and gave a positive outlook on live-streaming after also launching in Austria a few weeks before. Management said gifting has been rapidly adopted on LOVOO and that 15% of users engaged with video on the first day of its launch. The stock rose 18% over a two-day span.

Meet Group's performance has been erratic over the last decade as the stock crashed after the tech bubble burst and is still only worth a fraction of what it once was. However, with revenue growth accelerating and the successful expansion of the company's live-streaming platform, the stock could have more growth in store over the rest of the year and further into the future.