It was just a year ago that video game specialist Activision Blizzard (NASDAQ:ATVI) made headlines by announcing it had sold the rights to the first of 12 teams for its recently launched Overwatch League, "the first major global professional esports league with city-based teams across Asia, Europe, and North America." Based on the company's $1 billion franchise, the esports teams were acquired by a number of big names in the traditional sports and video game industries, which reportedly shelled out $20 million per team.

As the initial season is nearing its finale, Disney (NYSE:DIS), ESPN, and Blizzard Entertainment announced an exclusive multiyear deal that would televise the Overwatch League playoffs and Grand Finals, beginning this year. This announcement is a huge deal for Activision, and validates the company's investment in the growing popularity of esports. 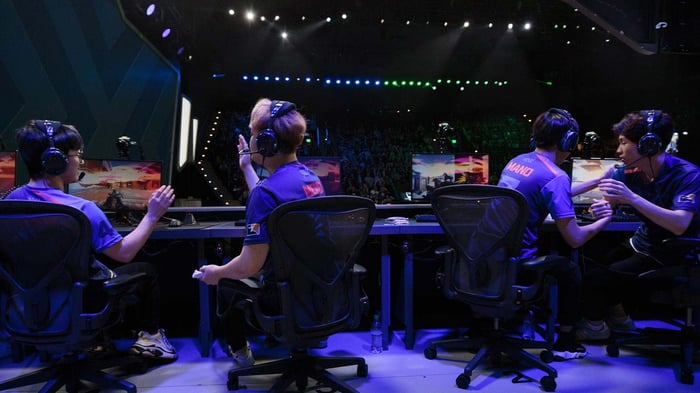 A league of their own

In a press release announcing the deal, the companies said that playoff coverage would begin on July 11, be televised on Disney XD, ESPN, ESPN2, and ABC, and include the Grand Finals of league play scheduled for July 27 and 28. Subscribers to both the ESPN and DisneyNOW apps will be able to live-stream the events. Disney's ABC will also broadcast "a recap show highlighting the biggest moments" on July 29.

The exhibition of the Grand Finals will be the first time a live esports event has been telecast during prime time on ESPN. The significance of this event should not be overlooked by investors, as it marks the entry of esports into mainstream culture.

The biggest deal to date

This is an important deal for Activision. There are several ways esports can generate revenue, including sponsorships, advertising, media rights, publisher fees, and tickets and merchandise, and the league has signed several sponsorship and media rights agreements to date.

The Overwatch league secured a deal to broadcast league games on streaming video platform Twitch, which would pay at least $90 million over two years. The league has also reportedly secured sponsorship deals with HP and Intel, worth $17 million and $10 million, respectively, to exclusively use the HP Omen gaming computer with Intel's i7 core processors. The pact with ESPN is likely the biggest yet, though the terms of the deal were not disclosed.

This caps off a wildly successful inaugural season. In the three stages that ran from January to May, the Overwatch League boasted an estimated 80,000 to 170,000 concurrent viewers on Twitch, with the opening day attracting more than 400,000 spectators. This early success has prompted Activision to add between four and six expansion teams for 2019, though the price is going up. ESPN is reporting that additional teams will cost between $30 million and $60 million, depending on the popularity of Overwatch in each region and the overall population. 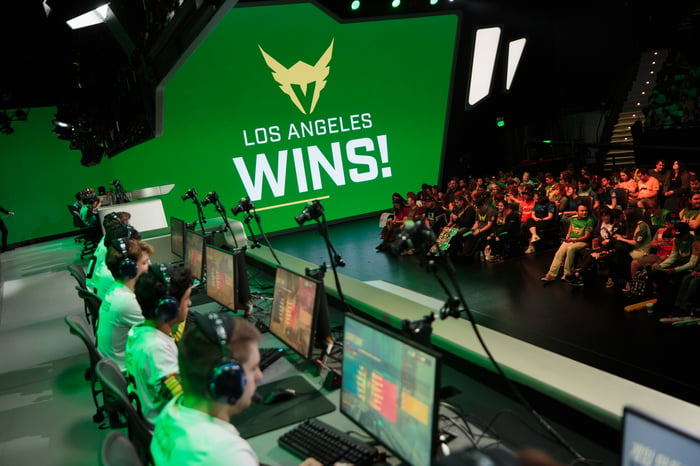 Esports and its related streaming revenue were estimated at $1.8 billion last year, and that's expected to grow to $3.5 billion by 2021, according to a report from Juniper Research. The data also revealed that an estimated 300 million people tuned into esports last year, but due to skyrocketing popularity, that figure is expected to exceed 500 million by 2020.

The Overwatch deal with Disney and ESPN is a testament to the growing importance of esports. New England Patriots owner Robert Kraft, who bought the Boston Uprising Overwatch team, said that professional sports attracts fewer millennials and Gen Zers than watchers from previous generations. He also noted the growing prominence of esports among younger viewers, which will only increase over time.

It's noteworthy that these developments all occurred during the Overwatch League's first year in existence; this bodes well for investors in Activision. While it's impossible to quantify the value of the company's entry into esports, it looks like it could be massive.