The video-game industry has been hot lately. Cutting-edge graphics, blazing-fast processors, and excitement about esports have resulted in greater adoption of gaming -- and greater profits for investors in video-game-related stocks. Recent fears regarding the intrusion of Epic Games' Fortnite into the mix have given investors pause, but I think those concerns may be overblown.

One of the standout performers in the industry has been Activision Blizzard (NASDAQ:ATVI). The publisher best known for its Call of Duty, World of Warcraft, and Candy Crush franchises has gained 35% over the past year, more than doubling the returns of the S&P 500. The difference is even starker over the past three years, with Activision soaring over 200%, compared to the broader market's gain of 33%.

I think Activision has plenty of gas in the tank. Here are four compelling reasons to buy the stock and hold it for the long term. 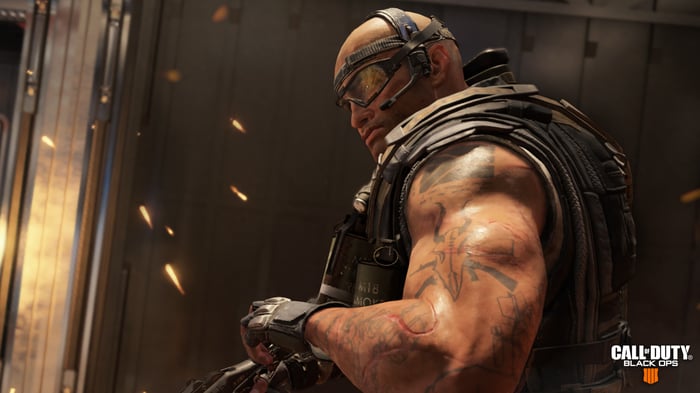 Activision Blizzard isn't reliant on just one game -- or even several games -- to make its fortunes. The company has a total of eight franchises that have generated more than $1 billion in sales each. Call of Duty, World of Warcraft, Candy Crush, and Overwatch are among the company's biggest franchises, and they have continued to attract new players.

There may be others in the pipeline, too. As my colleague John Ballard pointed out, Activision's Overwatch League could be the next billion-dollar franchise.

2. The massive opportunity of esports

Earlier this year, Activision launched the Overwatch League, selling a total of 12 teams in its esports franchise to a wide array of traditional sports team owners and video-game bigwigs, for a reported $20 million each. That amounts to $240 million for the initial season, and Activision expects its league to eventually grow to 28 teams.

The cost of expansion teams is expected to grow to an estimated $30 million to $60 million per team, according to reports by ESPN. Overwatch League has also reportedly nabbed nearly $150 million in broadcast rights and sponsorship deals. The league could eventually produce $720 million in annual revenue, according to estimates by Morgan Stanley.

The league has been a hit with fans, too, drawing 400,000 viewers for its premiere and averaging between 80,000 and 170,000 viewers per broadcast on Amazon-owned esports streaming platform Twitch. 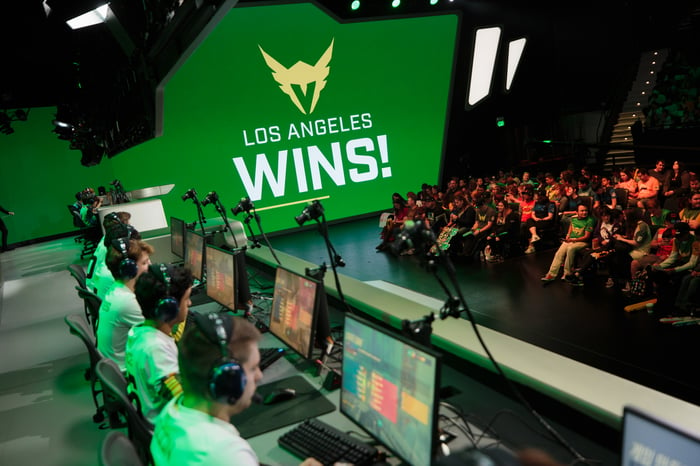 Many investors have been concerned about the overwhelming popularity of Fortnite, a free-to-play game that had a slow start but became a wild success when it added a battle royale option that pits 100 players against each other in a winner-take-all process, similar to the plot of the movie The Hunger Games. Fortnite now boasts 125 million players, with more than 40 million accessing the game monthly, potentially siphoning off players from paid games.

Activision recently announced that it would counter the growing threat by adding a battle royale mode for one of its biggest games, Call of Duty. The mode, which the company is calling Blackout, will be included in the upcoming release of Call of Duty: Black Ops 4, which is scheduled to drop in October.

Even in light of the incursion by Fortnite, Activision was able to produce record results in its most recent quarter. This wasn't just in one segment, either; the company had record first-quarter revenue, net bookings, earnings per share, and operating cash flow. Those results were broad-based, with first-quarter records in mobile and in-game revenue, and an all-time record in digital sales. As a result, revenue and earnings per share both grew 14% year over year.

The bottom line for shareholders will be what it has always been: Show me the money. With a significant number of catalysts and a record of strong results, investors have plenty of reasons to buy Activision and hold for the long term.