Please ensure Javascript is enabled for purposes of website accessibility
Log In Help Join The Motley Fool
Free Article Join Over 1 Million Premium Members And Get More In-Depth Stock Guidance and Research
By John Ballard - Jun 10, 2018 at 10:32AM

The revenue Activision is gaining from team sales and sponsorships is adding up fast, and there's a lot more to come.

The esports hype is at a fever pitch after Activision Blizzard (ATVI -0.44%) launched its much anticipated Overwatch League in January. Management has said that Overwatch League will turn a modest profit in 2018. It's still uncertain exactly how big esports will become for the gamemaker, but in his 2017 annual letter to shareholders, CEO Bobby Kotick gave investors some clues. Let's review what he had to say. 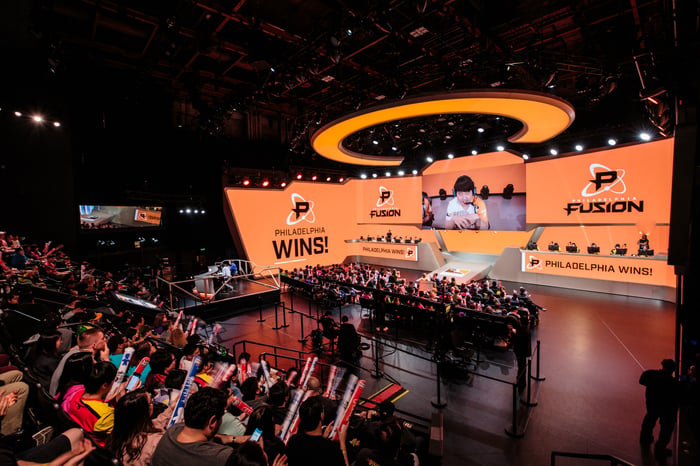 Overwatch League is making a lot of money

So far, the bulk of revenue that Activision has generated from the league is from selling team ownership to entrepreneurs in major cities around the world. The most noteworthy businessman to buy a team has been Robert Kraft, the owner of the New England Patriots, who over the last few decades has created one of the all-time great dynasties across all sports.

Activision sold 12 teams last year to owners who either have experience in traditional sports or understand the esports market.

In his letter to shareholders, Kotick said, "we have sold the first 12 teams for almost a quarter of a billion dollars ... and expect our league to eventually grow to 28 teams."

That comment gives investors a big clue as to how large this is going to get for the company. In 2017, ESPN reported that Overwatch League teams sold for $20 million each, which now appears to be accurate based on Kotick's comment.

The next round of team sales will fetch much higher prices

Because Overwatch League has exceeded expectations for viewership, Activision executives reported on the company's fourth-quarter investor conference call that the price of future teams is going up.

Recently, ESPN reported that the next round of team sales could range from $30 million to $60 million each, which is consistent with management's report. According to ESPN, a few key factors will determine whether teams fetch the high end of that range, including the size of the local market that a team represents and how many prospective owners are bidding on a single team.

For 2018, it's been reported that Activision plans to sell six more teams ahead of the 2019 season. At the midpoint of ESPN's estimate, that would bring in another $270 million in revenue this year for a total of $510 million since the first round of team sales began last year. 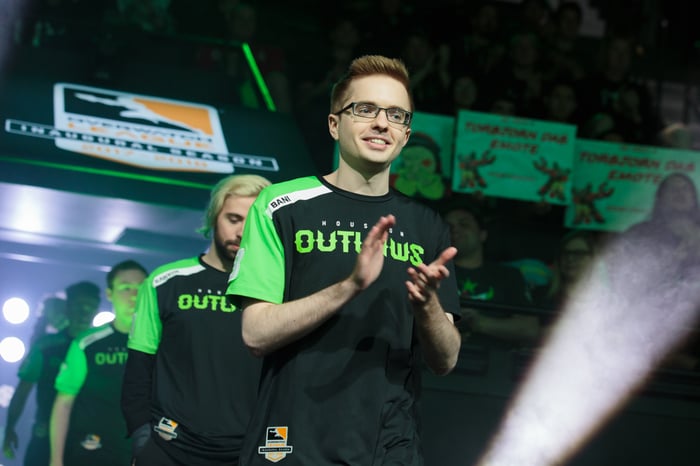 The big bucks will come from advertising

Keep in mind that these team prices are just one-time sales. Over the long term, Overwatch League must generate recurring revenue from advertising and sponsorships -- which make up about three-quarters of global esports revenue -- to reach the scale of something like the NFL, which generates $12 billion across all teams (and to which Kotick has compared his company's esports opportunity).

So far, sponsorship is going well for Activision. In his letter, Kotick said, "We have ... sold more than $100 million of over-the-top broadcast rights and sponsorship sales." That amount includes revenue from only a handful of sponsors, including T-Mobile, Toyota Motor, Intel, HP, and Sour Patch Kids.

But that's just a start. The global esports audience is expected to grow 66% to 557 million by 2021 That will likely lift all boats, including the audience for Overwatch League, and therefore attract more advertisers in the next few years. There could be more announcements regarding media buys after the Grand Finals this summer, which could see peak viewership for the season.

The recent partnership with Nielsen Holdings will likely go a long way toward attracting more media buyers as well as Nielsen will apply its ratings service to help Activision gather the data it needs to persuade media buyers to invest in the league.

Overwatch League is already well on its way to generating more than $1 billion in revenue for Activision. Along with the $240 million in team sales and $100 million in broadcast rights and sponsorships, there's the potential for $480 million to $960 million in sales of additional teams -- not to mention the prospect of more ad and sponsorship revenue, ticket sales, and merchandising.

Even though team sales are not recurring revenue, consider that team owners are buying them as an investment, which means they expect to recover that cost in profit over time. And Activision is gaining expertise that will help it develop future esport leagues. From that perspective, Activision's esports initiative could very well be a multibillion-dollar revenue generator over the long term.