Please ensure Javascript is enabled for purposes of website accessibility
Log In Help Join The Motley Fool
Free Article Join Over 1 Million Premium Members And Get More In-Depth Stock Guidance and Research
By John Ballard - May 20, 2018 at 9:01AM

Revenue from Overwatch League contributed to a record quarter in the Blizzard segment.

Activision Blizzard's (ATVI 0.91%) year-round engagement strategy continues to produce solid results in periods that are historically slow for the video game industry, such as the first quarter. The creator of Overwatch reported record revenue, up 13.8% year over year. Net bookings -- a non-GAAP revenue number -- increased 16% over the year-ago quarter.

One of the company's new tools to create that year-round engagement is esports. With Overwatch League launching in January, it was important for investors to hear that viewership is holding up and that it's translating to more time spent in the game. The game maker didn't disappoint, reporting positive results on both fronts.

Let's take a look at what management had to say. 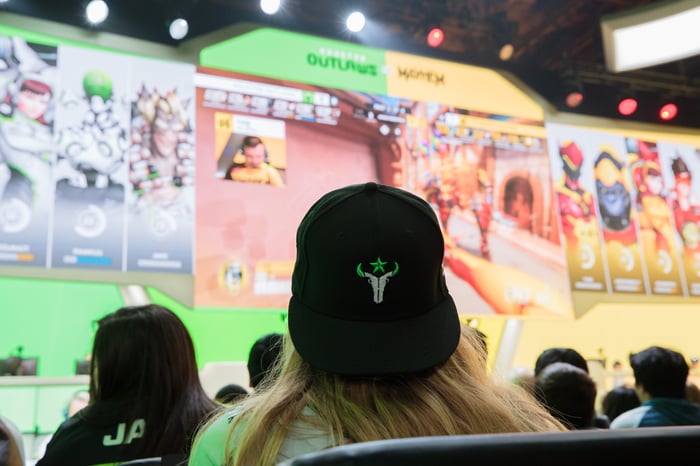 The company doesn't break down results for each franchise, but it reported that in-game revenue across all games reached a new high for the first quarter, with $1 billion spent on extra content. Overwatch likely contributed to that result since management reported interest in Overwatch League "led to increased engagement for the franchise overall, with combined hours spent playing and watching Overwatch increasing sequentially."

Monthly active users for the Blizzard segment dipped 5% sequentially to 38 million in the quarter. But with Overwatch engagement up, and new players joining the player base, that dip is likely the result of lower monthly users in other Blizzard titles that didn't have anything like the catalyst of Overwatch League to stimulate player interest during the quarter.

The most important thing is that the most engaged players continue to spend money on in-game content, which is driving revenue higher. This is the third year in a row that Activision has reported record revenue in the first quarter without any major new game releases -- a sign of changing times in the industry.

For the Blizzard segment, revenue increased 9% to $480 million, thanks to revenue contribution from Overwatch League. That contribution from esports is huge right now since Blizzard experienced lower revenue from new game sales of Overwatch (which was released in May 2016). This is due to a difficult year-over-year comparison, as the game was a lot newer in the year-ago quarter and was adding new players at a higher rate than today.

Management didn't provide specific viewership totals this time around, but on the fourth-quarter conference call, executives said Overwatch League was generating an average of 280,000 views per day. The head of Blizzard, Michael Morhaime, updated investors during the first-quarter conference call by stating that "viewership has been very strong and consistent each week," and he added that viewers are spending "over an hour watching each day."

In fact, Morhaime said the League is "outperforming our expectations." That's a significant statement considering the lofty goals management has set. For example, CEO Bobby Kotick has compared Overwatch League's annual revenue potential over the long term to being on a similar scale as traditional sports leagues (as a frame of reference, the NBA generates over $7 billion annually, according to Forbes).

It certainly won't reach that size anytime soon. Management's short-term priority is growing the League's audience reach in order to attract advertisers. They recently announced a partnership with Nielsen Holdings to provide ratings data for Activision's esports events, which should go a long way toward convincing media buyers that Overwatch League is worth investing in.

The next quarter will contain important clues for investors

We're a few months away from the playoffs, which will feature the best-of-the-best Overwatch teams squaring off to get a piece of a $1 million bonus paid to the season champion (note: that is on top of player contracts, which stipulate a minimum annual salary of $50,000 on top of benefits). The intense, high-level competition during the playoffs will surely increase viewership to a new high -- and who knows, it may attract a whole new round of sponsorships.

Management is already planning for the level of buzz the championship match will generate by announcing that the Grand Finals will be held at Barclays Center in Brooklyn -- the home court of the Brooklyn Nets. Executives obviously anticipate filling many of the 19,000 seats in that arena. Otherwise, why wouldn't they just keep the championship match at the much smaller Blizzard Arena in Los Angeles? 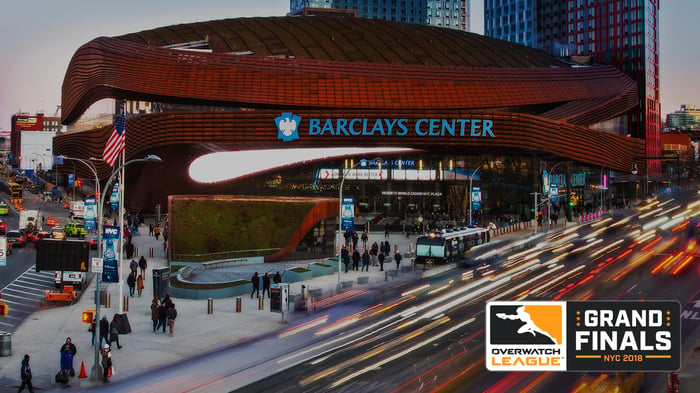 Management has guided for Overwatch League to be profitable in 2018 as the company sells more teams and begins to collect revenue from sponsorships. There are also ticket sales and merchandise, such as official team jerseys, which seem to be a popular item among fans.

When Activision reports its second-quarter results later this summer, management will have a full season's worth of thoughts to share about Overwatch League, which will give investors more clues as to how big esports can get. Right now, it's all about attracting viewers (and advertisers), which is what investors should watching closely moving forward.