Activision Blizzard's (NASDAQ:ATVI) four biggest franchises are Call of Duty, Candy Crush, World of Warcraft, and Overwatch. These games span all platforms (console, PC, and mobile), and as a group, they accounted for 66% and 69% of total revenue in 2017 and 2016, respectively. The initiatives behind each of these franchises give investors a broad view of how Activision Blizzard is making money and where its future growth opportunities lie, so let's take a closer look.

The Call of Duty franchise has been one of the most successful in the industry, ranking as the top-selling franchise in the world eight of the last nine years. What makes this run of successes impressive is that this game gets a new release every year, which means Activision has to constantly innovate to win over players, and they have clearly achieved that for several years. 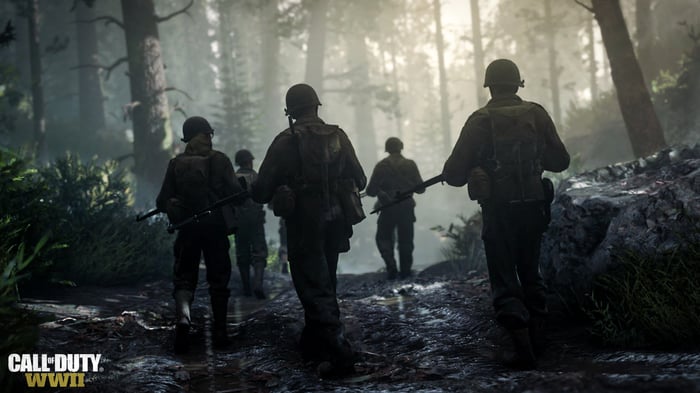 Call of Duty: WWII is the latest version of the game, which debuted in Nov. 2017. It's been well-received by players, delivering Activision its biggest launch quarter on the current generation of consoles.

Activision also continues to generate revenue from Call of Duty: Black Ops III, which was released more than two years ago. The company still supports the game with add-on content, which has extended the life of the title. Selling add-on content is now the focus of the company and has made up the majority of its annual revenue over the past two years. In 2017, Activision generated more than $4 billion from add-on content, which represents growth of 10% over 2016. For perspective, this revenue category was less than $1 billion just three years ago.

If players continue to stick with Black Ops III in addition to the latest WWII title, this could be a huge year for the franchise, with Activision making money off two Call of Duty games with another one coming in the fall.

The decision to buy mobile-game maker King Digital Entertainment in 2016 is looking like a smart one. In 2017, King grew revenue 26% to $2 billion, and operating income grew 30% to $700 million. Those are impressive numbers, and even more impressive is that King outperformed the mobile game market as a whole, which is no small feat since that's the fastest-growing category for game sales in the industry. 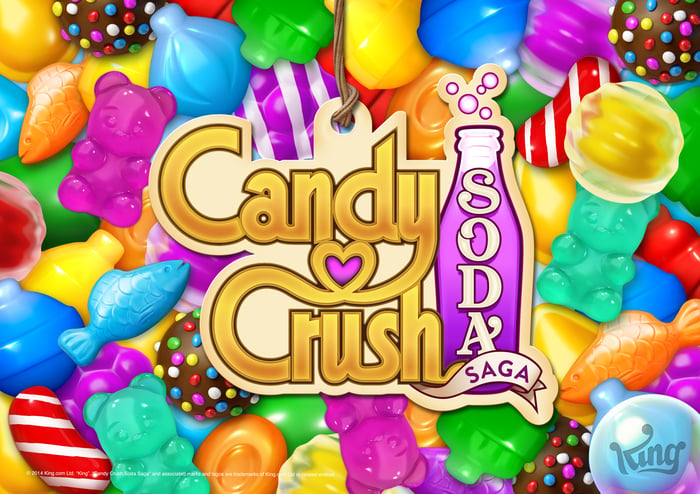 Candy Crush Saga and Candy Crush Soda Saga held the top two spots on the top-grossing games list for iOS and Android app stores during the fourth quarter of 2017, and management has a pipeline of games and other initiatives to keep the King segment growing.

One of the biggest long-term growth opportunities for King is in-game advertising. King has been testing ads for a while and plans to launch them on a larger scale in the second half of 2018. This will contribute a small amount of profit to the bottom line this year, but as management ramps up its investment in ads beyond 2018, in-game advertising could be a significant money-making opportunity for the company. One analyst estimate suggests advertising could contribute $1 billion in revenue for the company, or 14% of what Activision Blizzard generated in total revenue in 2017.

It's amazing that World of Warcraft, which was released in 2004 and doesn't get annual new releases, ranks among Activision Blizzard's top four franchises. It remains one of the most popular multiplayer games in the industry, and while the player base hasn't grown in recent years, there are millions of loyal followers who pay a monthly subscription to play the title.

One way management keeps World of Warcraft players engaged is by releasing periodic expansions to the base game every few years. These are major updates that make the game feel new again, and they typically cost about the same as a new release game, so it creates a significant amount of revenue on top of the monthly subscription.

The last expansion (released in 2016) increased World of Warcraft's monthly active users 30% and helped Blizzard achieve record revenue for the third quarter that year. The next expansion -- called Battle of Azeroth -- is due this summer, so expect strong results out of the Blizzard segment later this year.

Another major franchise out of the Blizzard segment is Overwatch, and like World of Warcraft, it doesn't get annual new releases. The game sold well after its May 2016 release on console and PC and has reached more than 35 million registered players.

Overwatch was designed to be both fun to play and fun to watch. In other words, it was designed to appeal to the 335 million people around the world who watch esports, an estimated $1.4 billion market opportunity that is completely changing how companies think about designing new games.

Executives wasted no time after the game's was released, announcing plans in late 2016 to launch a professional Overwatch-based esports league. Overwatch League launched in Jan. 2018 and is off to a strong start, bringing excitement to the few hundred thousand viewers who tune in each week and winning sponsorships from major global brands. With the franchise tapping into a large, growing esports audience, expect management to pursue all kinds of money-making opportunities across advertising and consumer products going forward.