It has now been nearly three full years since Apple (NASDAQ:AAPL) introduced the iPad Mini 4. In the period since, the tablet has only gotten minor changes in storage configurations and seen its price reduced, currently starting at $399. While rumors rage on about the new iPad Pros with Face ID that Apple is preparing to launch later this year, investors have not caught wind of any potential iPad Mini updates in the works.

Meanwhile, Microsoft (NASDAQ:MSFT) at long last announced the Surface Go earlier this month, starting at the same $399 price point. Surface Go is "the most portable and affordable" Surface thus far, as Microsoft is expanding downmarket. 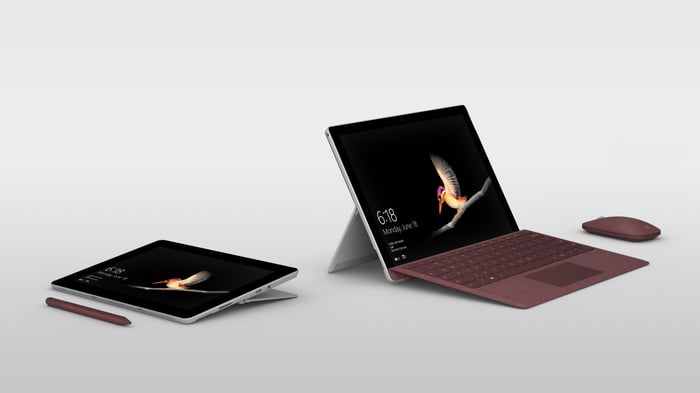 Surface Go is now the software giant's entry-level Surface offering, and naturally supports the company's slew of peripherals designed to make it a potential laptop replacement. That price point is comparable to where the old Surface RT had been cut to before getting discontinued years ago. Microsoft is positioning it as more of a portable device, being thinner and lighter than pricier Surface products.

With a 10-inch display, Surface Go will actually compete with both the iPad Mini 4 as well as the 9.7-inch iPad ($329), but the latter has already been updated recently (March of this year). It's worth noting that Microsoft is reportedly working on a "pocketable" Surface as well, after canceling its plans for a Surface Mini years ago. If that product gets released soon, it would serve as an additional impetus for Apple to revamp its iPad Mini offering.

If you look at iPad average selling prices (ASPs) over the years, it becomes abundantly clear that lower price points are a hit with consumers. iPad ASPs have hovered in the mid-$400s ever since the original iPad Mini was introduced in 2012, and came in at $451 last quarter. 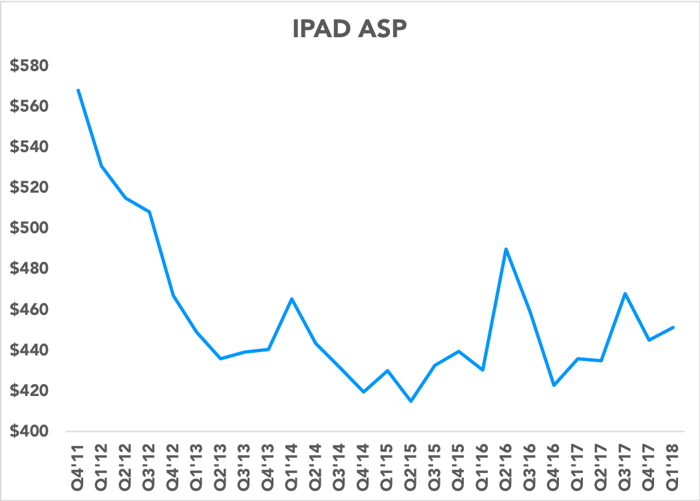 Apple has adopted a bifurcated strategy of offering higher-end models with more features alongside more affordable models with fewer, which CEO Tim Cook has said is "really resonating with our users." Apple does not officially disclose unit mix for any of its product segments, but the sustained drop in iPad ASP shows that the volume is concentrated at the low end. For reference, Apple's entire iPad portfolio spans $329 for an entry-level 9.7-inch iPad to $1,279 for a maxed-out 12.9-inch iPad Pro.

If Microsoft is planning to address the affordable tablet market more aggressively, Apple needs to respond in kind to fend off its longtime rival.