Please ensure Javascript is enabled for purposes of website accessibility
Log In Help Join The Motley Fool
Free Article Join Over 1 Million Premium Members And Get More In-Depth Stock Guidance and Research
By Natalie Walters - Jul 19, 2018 at 9:30AM

Amazon is setting itself up to disrupt the healthcare sector just as it did the grocery sector.

Amazon (AMZN 4.11%) has been eyeing the $400 billion U.S. prescription drug market for well over a year, but it's coming at it in a different way than people thought.

While Amazon originally wanted to sell pharmaceutical drugs through its Amazon Business marketplace, the company ended up abandoning those plans earlier this year. Instead, Amazon bought mail-order pharmacy company PillPack for $1 billion in June.

Amazon has recently discovered the difficulties of getting into the healthcare business, which requires proper licensing as well as proper delivery methods such as temperature-controlled storage for certain drugs. But that hasn't tampered its ambitions considering it's currently working on four different methods to take over more of the healthcare industry. 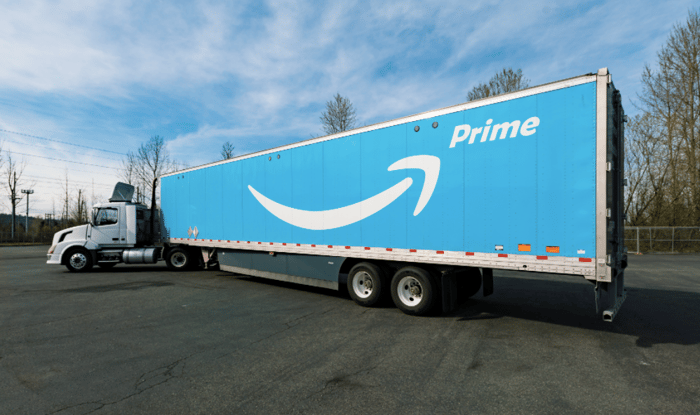 Amazon could one day use its delivery and logistics network to deliver pills. Image source: Amazon.

Amazon decided to give itself a head start in the pharmacy business when it purchased PillPack, which has about 40,000 customers at the moment and reportedly collected $100 million in revenue last year.

The company stood out from its peers because of its focus on convenience. PillPack not only ships your pills to you, it also makes daily individual packets of the respective pills you need to take for that day.

This company was practically made for Amazon to buy not only because PillPack is good at fulfilling orders by mail, but also because Amazon hopes it will "delight" customers. PillPack's system means customers can avoid standing in line at the pharmacy or forgetting which pills they need to take each day.

In addition, PillPack is a huge asset to Amazon's pharmaceutical aspirations because it's already licensed to ship prescriptions in all 50 states. Prior to the acquisition, many thought Amazon would create its own online pharmacy, but buying PillPack seems to be a faster and more economical route to a similar destination.

Amazon made it clear that it was getting serious about stepping into the healthcare scene in January, when it announced a joint healthcare venture with J.P. Morgan and Berkshire Hathaway. The goal of the partnership is to figure out how to bring down healthcare costs for their roughly 1.2 million combined employees.

So far, the only detail that has come out is that surgeon and author Atul Gawande will run the healthcare venture.

Amazon is hopeful that its voice assistant, Alexa, can assist with health and wellness. Earlier this year, Amazon created a team of more than 12 people to focus on growing Alexa's healthcare skills to aid with things like helping users manage a chronic illness or helping the elderly. One such skill could be to simply remind people to take their daily pills.

If Alexa can expand its health and wellness skills, that could be a huge deal considering more than 4 million homes have Alexa. People already trust Alexa with texting their friends or looking up directions, so there's reason to believe that with time, they will also be open to trusting Alexa to help them manage their health.

Amazon has been selling a limited selection of medical supplies like syringes and nylon sutures to U.S. hospitals for a few years. The sales are done through its Amazon Business marketplace that sells industrial, office, and healthcare supplies. It has the necessary license to sell medical supplies in 47 of the 50 states, as well as the District of Columbia.

Will Amazon upend the healthcare sector?

Healthcare stocks have taken a beating as Amazon expands its reach into their sector. Pharmacy stocks, for example, lost a combined $10 million in market cap when Amazon's PillPack acquisition was announced.

Investors in healthcare companies have good reason to be nervous. The sector is massive and filled with inefficiencies -- and if history is any indication, Amazon will find a way to disrupt it.