Shares of The Meet Group, Inc (NASDAQ:MEET), a portfolio of mobile social entertainment apps designed to connect people, are up 11% as of 10:53 a.m. EDT, after the company announced the rollout of live video in Germany as well as improved video revenue run rate.

For those unfamiliar with the company, it's a bigger announcement than one might first think. LOVOO is The Meet Group's largest app by daily active users and Germany has more users than any other county, by far.

"With LOVOO Live now rolling out in Germany and expected to be fully available in the coming weeks, we have brought live video to all of our major apps," said Geoff Cook, chief executive officer of The Meet Group, in a press release. 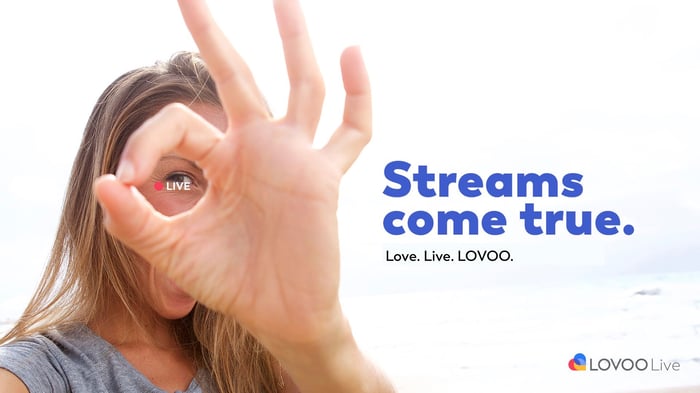 What really grabbed investors' attention was the company upping its annualized video revenue run rate from $29 million to more than $35 million. The driving force behind that increase was The Meet Group's five dating apps posting 20% video revenue growth over the past two months.

It's a promising development that the monetization of livestreaming is catching on quickly, especially after the company made multiple acquisitions since 2016 that broadened the audience it could launch livestreaming to. The long-term strategy for The Meet Group is to become less dependent on advertising revenue, and with the monetization of video along with providing more content/apps that users are willing to pay for, the progress is encouraging.

During the first quarter of 2017 advertising revenue generated 92% of total revenue, but that declined to 40% during the first quarter of 2018, with user pay generating the other 60%. If the company can continue to increase user pay revenue, broaden its audience and capitalize on new ideas like livestreaming, it's easy to see why investors are more optimistic about the stock.