Unfortunately, there's no crystal ball for investors to see into the future -- otherwise investing would be so much easier. Predicting how businesses and trends will play out over the coming years can be difficult, but Activision Blizzard (NASDAQ:ATVI) and XPO Logistics (NYSE:XPO) seem well-positioned to thrive over the next decade. One is benefiting from a rise in esports, the other from ever-increasing e-commerce deliveries.

Bring on the advertising dollars

If you've played just about any type of video game, there's a good chance you've visited a world created by Activision Blizzard. It's a massively successful entertainment company with franchises that include Call of Duty, Destiny, World of Warcraft, Overwatch, Diablo and even Candy Crush. If you've been not only a player of Activision games but also an investor in the company, you've done well for yourself in recent years: 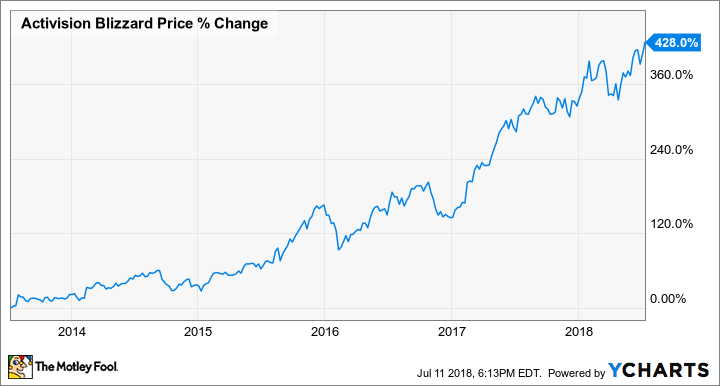 Here's the kicker: While the stock has soared thanks to gaming's transition from physical games to high-margin digital downloads and microtransactions, there's still a massive catalyst in esports, which turns video games into spectator sports. Newzoo predicts the global esports economy will grow 28% this year to $905.6 million -- a number that could jump to $1.5 billion as soon as 2020. The majority of that money will be generated through sponsorships and advertising, as well as media rights and content licenses. That's what makes a recent Activision partnership intriguing and promising.

Recently, Activision Blizzard and Walt Disney (NYSE: DIS) subsidiaries ESPN and Disney XD entered into an exclusive multiyear agreement for live television coverage of the Overwatch League. Overwatch League is the world's first global city-based esports league, and all coverage will be available for ESPN and Disney XD subscribers to stream live. Overwatch League is already on its way to generating more than $1 billion in revenue for Activision, and much of that money is generated from selling team ownership rights. But the real money will come down the road from advertising, and Activision's recent partnership with ESPN could be the first major step to luring in the big bucks. 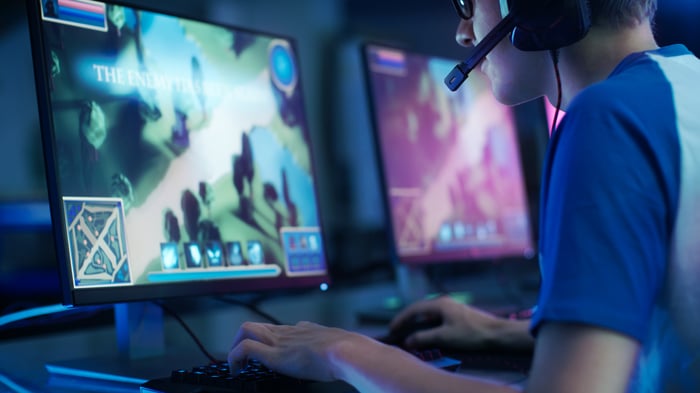 Activision Blizzard has a slew of highly popular and highly profitable franchises, and it's proven capable of generating consistent revenue through the evolution of digital downloads and microtransactions. And don't forget its expansion into mobile gaming through the acquisition of King Digital, which Goldman Sachs analyst Christopher Merwin believes has huge potential, saying Activision could one day move PC- and console-based games to a mobile platform. Then further consider the lucrative potential of esports, and you have a stock you'll be thrilled to own in 2030.

XPO Logistics isn't a household name, although it might bring items right to your doorstep. XPO is a global transportation and logistics company, with roughly 63% of its revenue coming from its transportation segment; this includes the "last mile," the complicated process of getting e-commerce goods delivered to customers' homes.

You may have noticed that if a retailer doesn't have a compelling e-commerce business story, investors are looking elsewhere lately. According to data compiled by Statista, the e-commerce share of total global retail is currently only 11.9%, but is expected to account for 17.5% by 2021. That means more e-commerce deliveries in the years ahead, providing more opportunity for XPO. Currently, "last mile" is a smaller chunk of the business, 6% in fiscal year 2017, but management expects that last-mile logistics business to grow at a rate of five to six times GDP (gross domestic product) -- faster than any of its other business services. 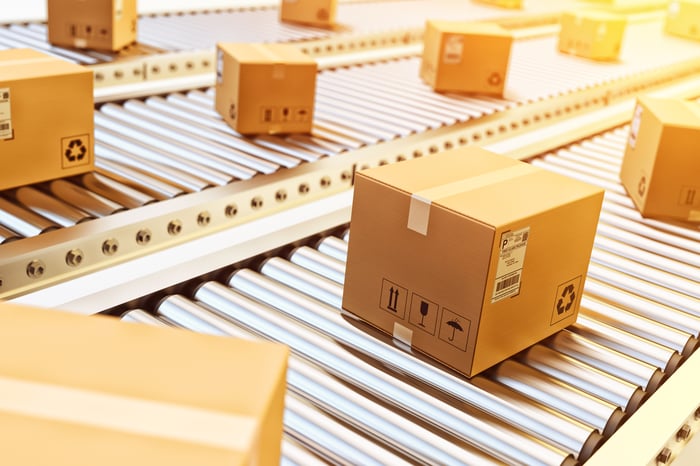 But that's just one part of XPO. The company also unleashed an innovative supply-chain solution this spring. It's called XPO Direct, a nationwide shared-space distribution model for omnichannel retail and e-commerce customers, which enables those customers to use XPO warehouses and last-mile hubs as flexible holding sites. XPO's distribution footprint positions its customers to deliver within two days to 95% of the U.S. population. That's a compelling service for many retailers.

One reason 67% of Fortune 100 companies use XPO is that it has multiple services. In fact, 93 of XPO's top 100 customers use two or more services, and 26% of sales generated from those top 100 customers come from secondary services. That means XPO has highly valuable cross-selling potential. As the company continues to pour capital into technology to develop new transportation solutions, that brings in new customers and secondary sales, which becomes a lucrative cycle.

There's a lot to like about XPO. It has an incredible distribution network, lucrative cross-selling potential, and a blossoming last-mile business that will grow right alongside the e-commerce retail megatrend. XPO is definitely a company that should be prospering in 2030.

While Activision and XPO operate in completely different industries, they have a lot in common. Both have thriving businesses now, and both have major upside in the decade ahead.