It's very common for a stock to drop when it misses earnings estimates, but NVR's (NYSE:NVR) 8% stock drop after it beat earnings expectations is quite a rare case. A strange stock move like this raises a lot of questions about what happened with the quarter and what we can expect.

Are there some underlying issues at NVR that suggest tougher times ahead? Are there signs that the housing market is starting to cool? Or is this just one of those cases where Wall Street is doing something that's hard to explain? Let's take a look at NVR's most recent earnings results to see what's going on at the homebuilder. 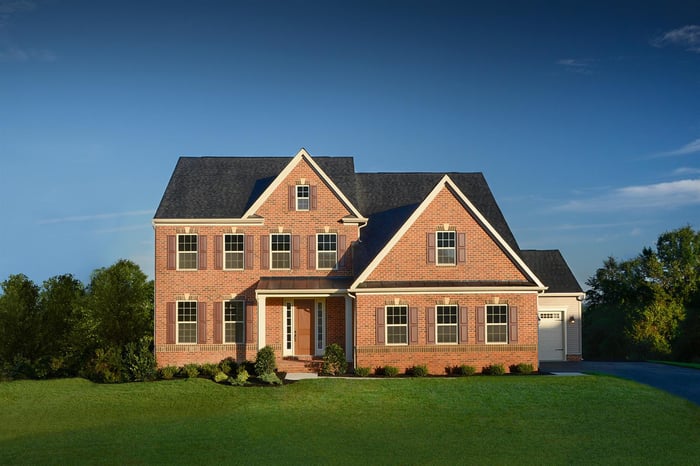 This past quarter, NVR followed up its impressive year-over-year sales growth in the prior quarter with a 16% increase in revenue, all of which came from increased volumes. Total settlements for the quarter were 17.7% higher, but the average selling price declined slightly, by 1.7%, to $379,600. There are, of course, a lot of factors that go into that average selling price. It could be in part from the regional breakdown (average sale prices in the Southeast tend to be lower than in the Mid-Atlantic) or it could be in part from the type of home it is selling (entry-level homes are priced at lower rates to attract first-time buyers). Whatever the case may be here, a slight decrease in average sales prices isn't necessarily a bad sign. 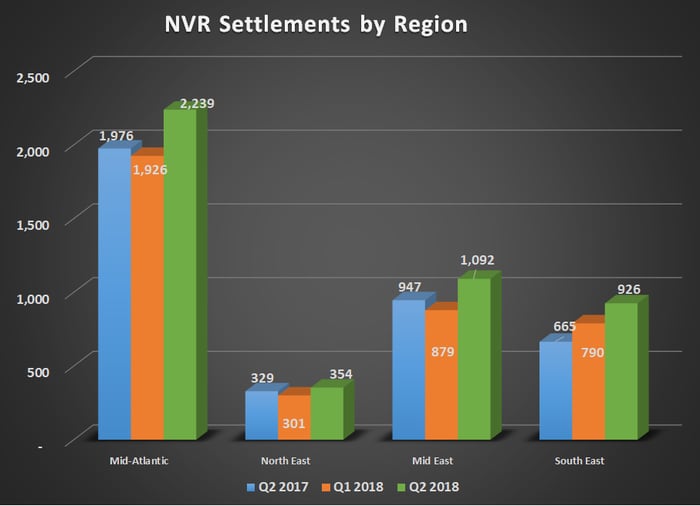 If there was anything to be slightly concerned about in this report, it's that new order growth has slowed down from prior quarters. Net new orders were up 6% from the prior year, and new orders outpaced settlements by 7.6%, such that the backlog of homes to be delivered is up $3.86 billion. For new orders to outpace settlements means that the business is still growing, but new orders outpaced settlements by 33% in the prior quarter and by 17% this time last year. Selling homes can still be a bit of a lumpy business, so a quarter of lower numbers isn't exactly a bad thing, but it will be worth following up on these numbers in the coming quarters.

Getting back to what makes it a value-creating stock

One thing that has enabled NVR to be one of the better wealth-creating stocks in the homebuilding business over the years has been its ability to increase per-share earnings through significant repurchases of its own stock and lowering its overall share count. Over the past 18 months or so, though, those share repurchases weren't enough to offset the amount of stock issued to management in the form of grants and options.

This past quarter, though, the company significantly increased its share repurchase rate such that its share count is heading back in the right direction. In 2018 so far, the company has repurchased $483 million in shares. It's uncertain whether management will continue to buy back shares at this rate through the rest of the year, but its growing sales and new order rate suggest more cash will be coming in the door and will give it plenty of cash to reinvest in new lots and keep buying back stock. 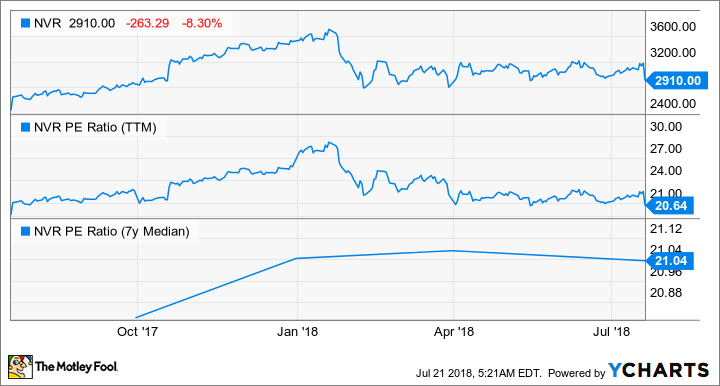 No red flags yet

Even though NVR's stock dropped more than 8% after the company reported earnings, there aren't a whole lot of red flags that hint at a decline in the housing market or a tough period for the company in the coming quarters. The slowdown of net new orders relative to total settlements might mean things are decelerating a little, but results from other homebuilders show strong growth across the industry. So there's always the possibility that NVR ran into a slow patch that could correct over time. It should be noted that NVR has a reputation of being a more conservatively managed company, so it's also possible that NVR is simply being more selective when it comes to investing in new home communities.

For investors, though, there's always a difference between the business and the stock. In this case, it would appear that investor expectations are starting to come back to Earth. After a spectacular 2017, where shares were up 110%, its stock looked pretty expensive. After its most recent pullback and the increase in earnings per share, its P/E ratio of 20 is more or less in line with its historical median valuation. The company remains one of the better homebuilding businesses in which to invest, but its stock price doesn't suggest you have to rush in today.