Cleveland-Cliffs' (NYSE:CLF) management has been talking about how the company was going to become a highly profitable entity in a relatively short amount of time after a complete reconfiguration of its business strategy and asset disposal program. This past quarter, we got to see the real potential of those business decisions as earnings surpassed all of Wall Street's expectations.

Let's take a look at the results of this past quarter to put this earnings beat into context and see if this is just a one-time thing or foreshadowing of future results. 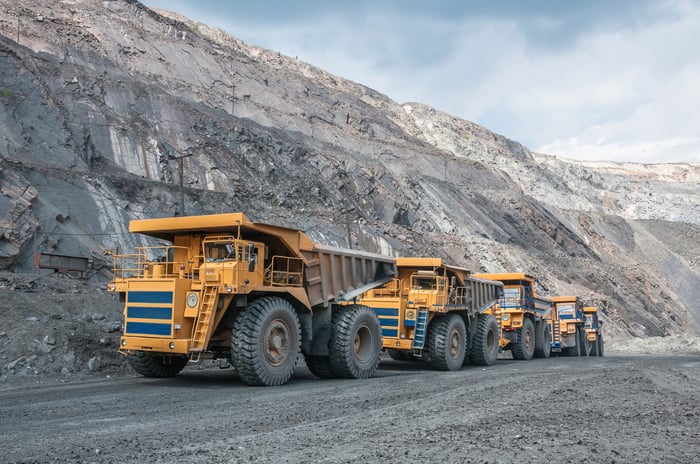 In the prior quarter, management said that changes to its accounting standards would drastically impact the seasonal effects of its revenue for the foreseeable future. We saw the adverse effects of this change in the prior quarter as many of its shipping lanes in the Great Lakes region were frozen, but we also saw the benefits this past quarter as Cleveland-Cliffs shipped 38% more iron ore, but on a six-month basis was only up 2%. With that in mind, it's hard to make apples-to-apples comparisons until we get a full year of results under these new accounting rules.

That said, there were still several things working in the company's favor. One is that the iron ore prices are on the upswing thanks to strong economic activity in North America and the impact of steel tariffs on prices in the U.S. The average realized price for the quarter was $112 per ton, one of the highest prices the company has seen in years.

It should also be noted that these numbers include its Asia Pacific iron ore business as discontinued operations. The company has announced the sale of those assets, but they are still on the books and represented a $0.22 per share loss from discontinued operations. Management said that the deal was supposed to close at the end of the second quarter, but no announcement of the deal closing has come thus far. Getting these assets off the books will go a long way in improving the company's profitability over the long haul.

In Cleveland-Cliffs' press release statement, CEO Lourenco Goncalves talked about the company's goals beyond this year and what investors can expect from a capital allocation perspective.

Going forward, we expect 2019 to be a continuation of a great 2018, based on the renewed strength of American manufacturing, the multi-year positive impact of the tax reform implemented in 2018 in the United States, and our strong position as the supplier of iron ore pellets within the Great Lakes region. Our strategy is not only to protect our strong market position in the Great Lakes, but to grow and evolve with the continuously changing steel industry by supplying high-performance ore-based metallics to Electric Arc Furnaces, starting in 2020. This evolution should further improve our already tremendous profitability in the coming years.

Reading between the lines here, there is an obvious dig at some of Clevland-Cliffs' competitors. A few days before Cliff's earnings announcement, there was news that a competing company looking to revive a couple iron ore mines and processing facilities in Minnesota filed for Chapter 11 bankruptcy. Cleveland-Cliffs has been in a dragged out litigation case over the mining rights with the same investors that just filed for bankruptcy. During the conference call, Goncalves said that the company expects this dispute to continue in the courts for some time. 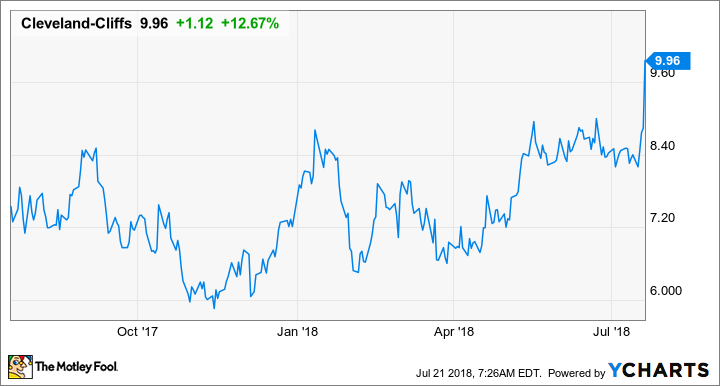 Goncalves' plan for Cleveland-Cliffs has been the same since he took the helm four years ago, and from the beginning, he was saying that this was what the iron ore producer could become. There weren't a lot of believers though, as the company's stock hasn't moved much in the past 18 months. Now that this plan has come to fruition, investors are going to start to reap the benefits. The business is generating EBITDA margins around 45% and the cash the business is generating is either getting plowed into its new iron ore upgrading facility or to pay down debt.

Iron ore and steel are cyclical businesses that tend to follow economic growth trends, so if we were to see industrial manufacturing or the broader economy pull back then we could see a deterioration in the company's margins. That said, it looks as though the company still has some tailwinds that will allow it to complete its upgrading facility and its debt repayment plan soon enough that a downturn won't throw it off track.

Even after this big stock pop following earnings, I think there is still a lot of value to be found in Cleveland-Cliffs' stock that is getting harder and harder for Wall Street to ignore.

Cleveland-Cliffs' Earnings Blow Past Expectations. Is This a Sign of Things to Come? @themotleyfool #stocks $CLF Next Article
Current