Whenever a company as large as Baker Hughes, a GE Company (NASDAQ:BKR) is in the middle of an acquisition reorganization, it is going to take a long time to complete and the business's financials can be marred with various costs. That makes evaluating it challenging since we don't have a good feel for what the company is capable of. Even though we are close to a year post-merger, BHGE is still trying to reorganize its business into a single combined entity, and it shows in its earnings results.

Let's take a look at BHGE's most recent earnings results and whether investors should be jumping in as the macro environment for oil stocks improves and management continues to work through its integration plan. 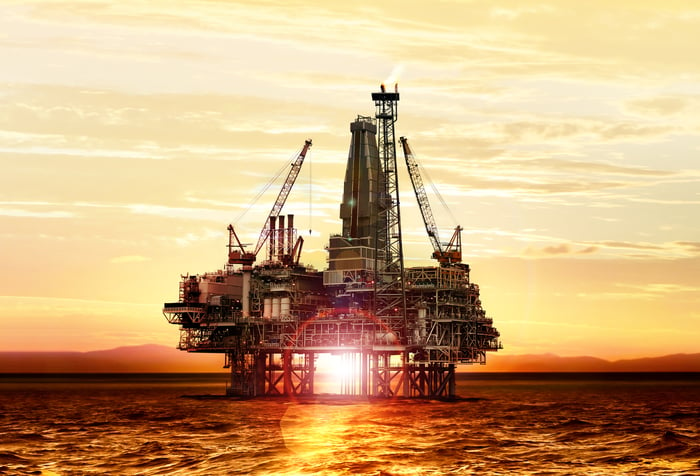 Looking at these results in a vacuum, it would appear that BHGE is making significant strides to improve its business while it works through its integration. Not only did revenue increase compared to the prior quarter and the previous year, but net new orders for the quarter were also significantly higher at $6.03 billion as exploration and production companies start to buy big-ticket items such as subsea production equipment.

The largest driver of BHGE's revenue gains has been oil-field services. This part of the business does all of the services for shale drilling, such as pressure pumping and well completions. Surprisingly, though, the company's revenue gains here were evenly spread between North America and its international segments. There was also significant margin expansion, as the market for these services is in high demand right now and oil services companies can charge much more than they could a year ago. 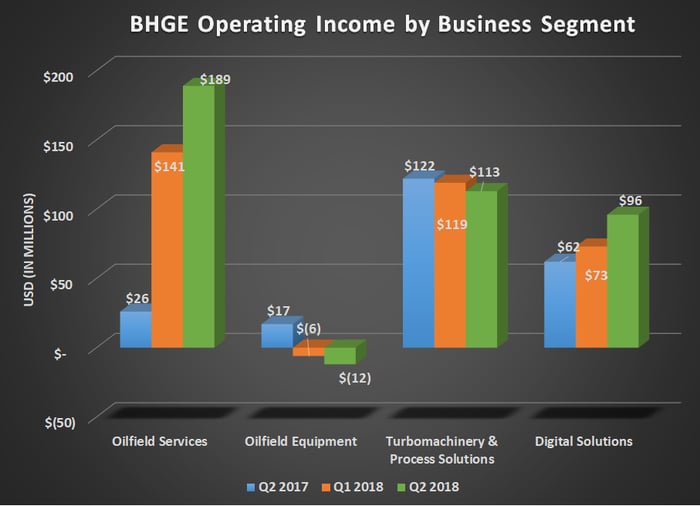 Anyone invested in this company has to be somewhat pleased that business fundamentals are improving, but it's fair to be a little discouraged that it is happening at such a slow pace compared to its peers. BHGE's revenue growth has been lagging behind its larger oil services brethren Schlumberger and Halliburton, and its operating margin stands in stark contrast with theirs.

It's entirely possible that this is just a temporary thing as management continues to work through its post-merger restructuring and the business segments that sell big-ticket items -- oil-field equipment and turbomachinery -- have yet to recover. Low margin is a theme investors should watch as capital spending and drilling activity pick up outside of North America. If it can't convert those large equipment orders into high-margin sales, then one has to wonder if this merger was worth it.

A lot of management's attention right now is on the integration of the business and bringing together parts of the oil services industry -- equipment sales and providing services -- that have traditionally been separate entities. CEO Lorenzo Simonelli says the integration is going according to plan and that results will look considerably better once it realizes the benefits of the integration:

Since closing, we have executed on the integration, secured important commercial wins and delivered superior performance for our customers. We also made progress on our priorities of gaining market share, increasing margin rates and delivering strong free cash flow. In the second quarter, we delivered $6.0 billion in orders and $5.5 billion in revenues. Adjusted operating income in the quarter was $289 million. In the first half of the year, we delivered $204 million of free cash flow. We delivered $189 million of synergies in the quarter and are on track to achieve the $700 million target for the year.

You can read a full transcript of BHGE's conference call here. 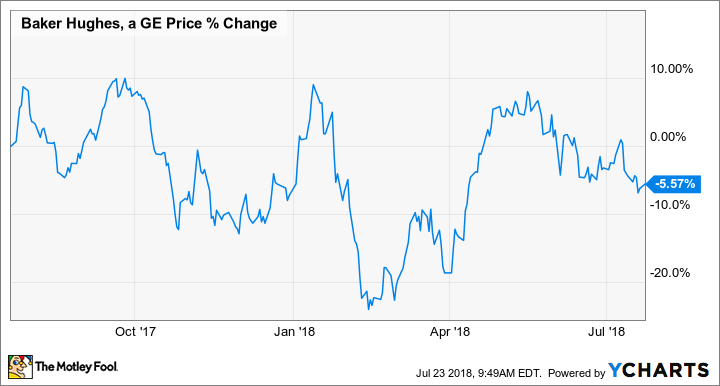 Too soon to call

BHGE is still very much in integration mode, so there are a lot of ancillary costs going into making the business a single entity. Also, its success is going to rely a lot on larger companies spending on major capital projects like offshore production and liquefied natural gas export terminals (the turbomachinery division is one of the premier suppliers of natural gas liquefaction equipment).

At the same time, though, revenue growth has been sluggish compared to its peers and operating margin has significantly lagged behind. If BHGE's results continue to take a backseat to Schlumberger and Halliburton, it will be harder to justify owning it. Hopefully, in a couple of quarters, we will get to see the company's results without the distractions of the integration hindering it. Until then, I think it's worth waiting before making a definitive decision.