Fortnite: Battle Royale -- made by Tencent-backed Epic Games -- may be the most disruptive release of the decade, and video game manufacturers and investors are paying attention. SuperData recently announced that it projects the game has passed $1 billion in sales since its Sept. 2017 release and logged $318 million of sales in the month of May alone.

After the first quarter, Activision Blizzard (NASDAQ:ATVI), Electronic Arts (NASDAQ:EA), and Take-Two Interactive (NASDAQ:TTWO) all addressed Fortnite, but they each tried to spin the game as a positive in the long term. Now that the $1 billion milestone is in the rearview, and Fortnite appears to be on a path to nearly $4 billion of annualized sales, it's worth considering that this could actually be a threat to the leading video game companies. 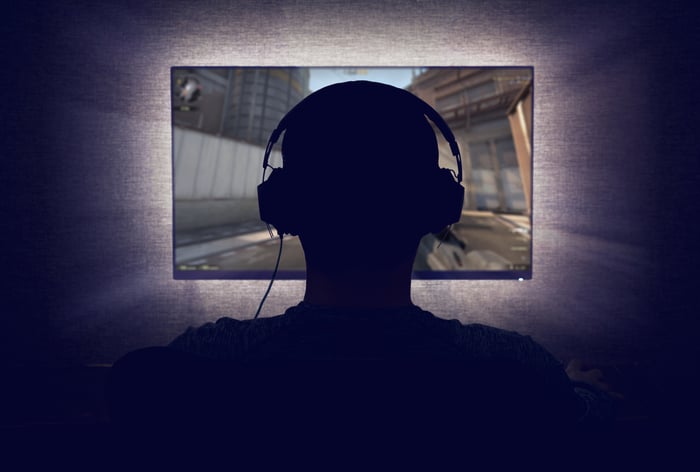 EA and Activision Blizzard take a back seat

It isn't just the revenue projections that video game companies should notice. SuperData's monthly rank of the top-grossing PC, console, and mobile games has Fortnite: Battle Royale taking the top spot in consoles and No. 5 in PC games. What's even more notable is who was knocked out of the top spot.

Electronic Art's FIFA 18 is in the second spot in consoles, Call of Duty: WWII fell to third, and Grand Theft Auto V fell to fourth. All three companies rely on these franchises to drive their businesses, so if they're falling out of favor, it's bad news. We won't know exactly how bad until second-quarter results are out.

Incredibly, the Fortnite movement is still growing. That $318 million of revenue for Fortnite was up 7% from just a month earlier. By year's end, Fortnite could be No. 1 on PCs and consoles, leaving everyone else in its dust.

Why Fortnite's success could hurt

There are a couple ways to look at how Fortnite's success could siphon off business from the competition. The first is in pulling away revenue. In fact, the $3.8 billion of revenue (on an annualized basis) for this single title outpaces Take-Two Interactive's entire top line and more than half of of Activision Blizzard's annual sales. 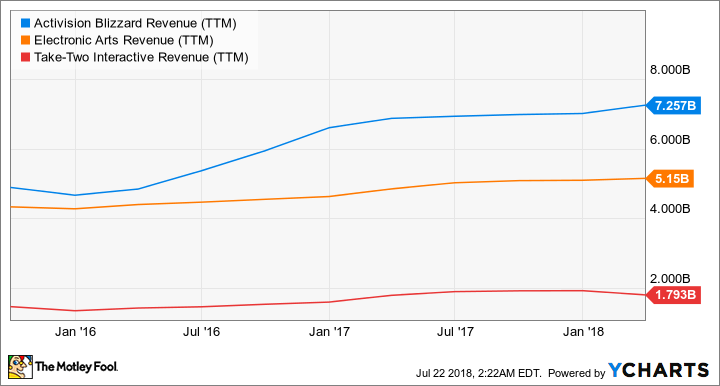 The second negative could be weaker engagement for competing games, too. Activision Blizzard reports monthly active users every quarter, and investors expect to see engagement rise over time. If Fortnite's success is pulling players away from other video game companies, we should see clear indications of that in Activision's next report.

Taking the air out of the room

There's not necessarily a set pie that video game makers must fight over, so Fortnite's success doesn't necessarily have to be a headwind for the rest of the industry. But for every player turning to Fortnite instead of World of Warcraft or Call of Duty, that reduced engagement is the last thing companies want to see.

In the next few weeks, we'll see second quarter results and management comments from the major video game companies that will give investors an idea how big an impact Fortnite and similar titles are having. Don't be surprised if it's bigger than management has let on in the past.