Investors weren't expecting many bright spots in Hasbro's (NASDAQ:HAS) second-quarter earnings release. The toys and games giant has been dealing with major demand challenges, after all, including the liquidation of Toys R Us, one of its biggest retailing partners.

Because of that bankruptcy, CEO Brian Goldner and his executive team have predicted that fiscal 2018 will be marked by significant sales and profit declines. However, management expressed confidence back in April that these problems will be limited to the current fiscal year and revenue will bounce back in 2019 as profit margin begins climbing again.

Below, we'll take a look at how the most recent earnings numbers support that encouraging long-term outlook. 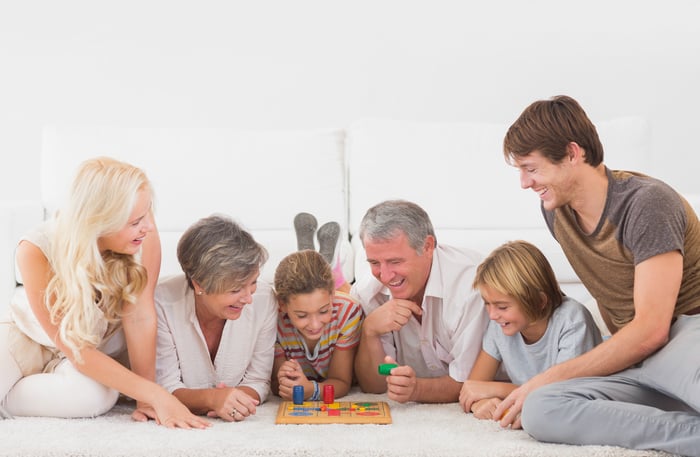 Sales in the recently closed second quarter fell 7% to $904 million. While investors never like to see revenue decline, this result was good news since it represented a solid improvement over the prior quarter's 16% slump.

Hasbro has been hoping that the negative impact from the Toys R Us liquidation would lessen as the company progressed through its fiscal year, and that scenario seems to be playing out. In fact, Wall Street had been looking for sales to drop at a steeper 14% down to $840 million, and so things aren't as bad as many investors had feared.

Still, Hasbro's business is facing issues that go beyond the Toys R Us liquidation. Both its owned brand portfolio and its collection of licensed franchises dropped this quarter in part because of what management described as a "rapidly evolving European retail landscape." Sales are down 26% in that geography through the first six months of the year and will need to improve for the company to hit its wider growth targets.

Operating profit fell to $88 million this quarter from $100 million a year ago. This performance marked a sharp turnaround from the prior quarter's operating loss as the company executed well in a difficult sales environment.

Altogether, operating margin only worsened slightly, falling to 9.7% of sales from 10.3% a year ago. That was good enough to put the company back into slightly positive territory for the full year. "Our diverse portfolio enabled us to partially offset the negative margin impact from lower revenues," CFO Deborah Thomas explained, "but not entirely."

With sales down 11% through the first half of the year and adjusted operating profit down 47%, it's clear that 2018 will mark a painful step backward for Hasbro. But a few new data points back up management's claim that profitable growth will resume in 2019.

Inventory levels are down, for example, and sales trends are improving. Management also noted a strengthening brand portfolio that now includes the Power Rangers franchise. And new retailer partners are filling in the void that Toys R Us has left in the industry, leading to positive demand (excluding that liquidation process).

Hasbro's finances are solid, meanwhile, with $1.2 billion of cash on the books and $599 of cash flow over the trailing 12 months. These strengths don't remove the risks associated with the disruption in the company's U.S. and European markets, but they do put Hasbro in a good position just as retailers are preparing to load up on inventory ahead of the critical holiday shopping season.