Gilead Sciences (NASDAQ:GILD) announced last week that CEO John Milligan and Chairman John Martin will step down from their respective positions later this year. In March, the biotech's Chief Scientific Officer Norbert Bischofberger also decided to vacate his position to pursue other opportunities.

The departure of three key executives in less than a year's time is an unusually rare event for a large-cap company like Gilead. With this fact in mind, I think it's worth considering whether investors should be worried about these unexpected changes in leadership, or if this sudden managerial overhaul might be a positive for long-term investors. 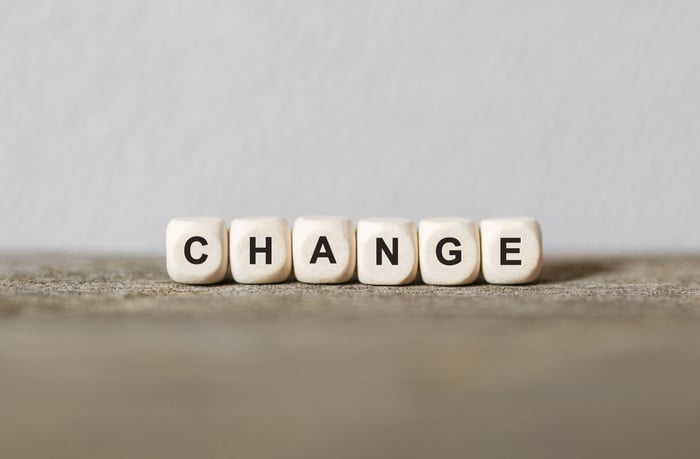 Gilead has been struggling to find its way forward ever since Milligan succeeded Martin as CEO in 2016. The long and short of it is that instead of doing an external search to bring in a fresh pair of eyes to lead the company as it expanded beyond its core area of expertise in infectious diseases, Gilead decided to simply promote from within. Unfortunately, the results have been less than spectacular, to put it mildly.

Since he was installed as CEO, Gilead has yet to find a solid source of new revenue sufficient to offset the dramatic declines in sales of its hepatitis C treatments. The $12 billion Kite Pharma acquisition, for example, only generated $68 million in revenue in the second quarter, which is a drop in the bucket for a company of Gilead's size.

Milligan's decision to invest heavily in a long-term project like Kite is expected to have serious consequences on the biotech's performance. Specifically, Wall Street forecasts the biotech's top line will decline solidly over next five years. And that dire revenue projection comes despite the company's sizable investments in cellular immunotherapy, oncology, nonalcoholic steatohepatitis (NASH), and anti-inflammatory treatments under Milligan's watch.

As a result of Milligan's inability to plug the gaping revenue hole created by the plummeting hep C franchise, Gilead's stock has vastly under-performed the broader biotech industry during his tenure. 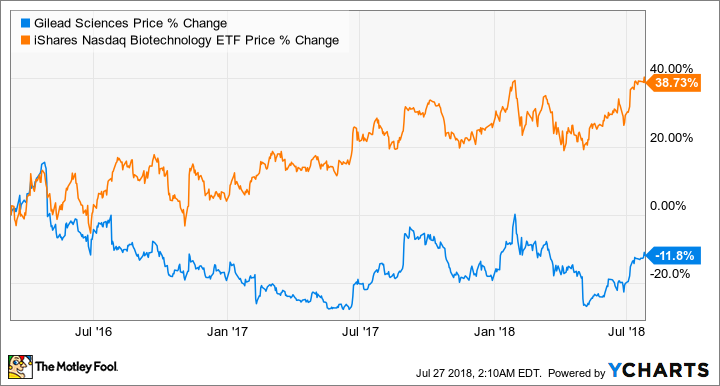 In short, this C-suite exodus might actually be a blessing in disguise.

Gilead appears set to search for new leadership outside the company's ranks this time around. And according to Milligan's comments during the company's second-quarter earnings call, the biotech might be leaning toward hiring an executive with a strong background in oncology. Such a move would make a lot of sense at this moment in time.

After all, Gilead has identified oncology as one of its key growth drivers, and has invested billions to build out its cellular immunotherapy franchise to pursue treatments in that arena. Oncology is the fastest growing drug market overall, and cell-based cancer therapies are widely expected to play a major role in expanding this high-value marketplace moving forward.

However, there are serious hurdles that need to be overcome before cell-based cancer therapies can realize their awe-inspiring commercial potential. So it might be the perfect time to hire a new CEO whose strengths lie in that area to spearhead the effort. Milligan, after all, is better known for his expertise in small molecule drugs that treat infectious diseases.

While I do see Milligan's departure as a positive, I'm not convinced Gilead's stock is a strong buy quite yet because of it. Before investing, I'd like to know who his successor will be, and what direction this person intends to take the company. Presumably they will broaden its footprint in oncology by buying additional assets, but then again, this biotech is known for being unpredictable. No one thought Milligan would be stepping down after only two years on the job, after all.