ExxonMobil's (NYSE:XOM) management is getting chastised by Wall Street on a pretty regular basis. The continued decline in oil and gas production when oil prices are high is causing the company to test investors' patience. This most recent earnings report was another case of lackluster results that missed earnings expectations.

Here's a look at the company's second-quarter performance and why management would much rather that you look at some of the things it has planned down the road instead of its recent string of disappointing results.

This most recent earnings report feels very much like the prior quarter's. The company is realizing the benefits of higher oil prices, but production numbers continue to decline for various reasons. To make matters worse, ExxonMobil had a lot of scheduled downtime for maintenance in its downstream segment as well as for several of its oil sands facilities in Canada.

If there is one good thing to pull from the report, it's that the company seems to be back on the right track in the U.S. in terms of profitability. Earnings in this particular segment have underperformed ever since management purchased XTO Energy back in 2010. Production from XTO was heavily weighted toward natural gas, which has been a tough business because of cheap prices across the U.S. So management has been letting natural gas production in the U.S. decline as it focuses on more oil reservoirs. With shale oil production from its Permian Basin and Bakken holdings growing 30% compared to this time last year, it is significantly improving returns for U.S. production. 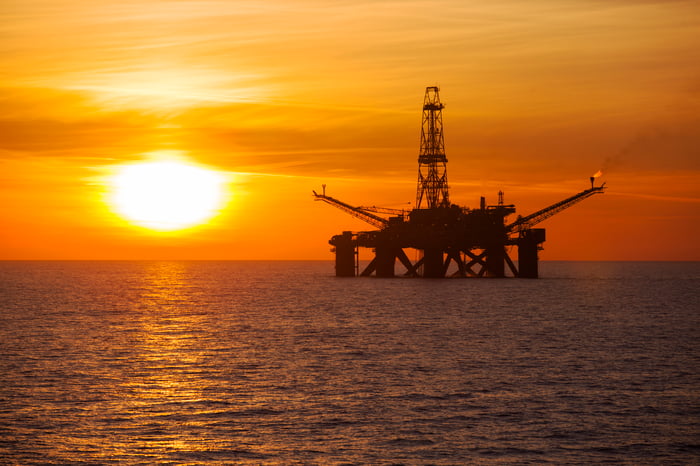 In the company's press release, CEO Darren Woods highlighted some of Exxon's largest and most lucrative projects that he thinks will drive significant growth well into the next decade:

Key projects in Guyana, the U.S. Permian Basin, Brazil, Mozambique and Papua New Guinea are positioning us well to meet the objectives we outlined in our long-term earnings growth plans. The high quality of these resources, combined with our strengths in project execution and innovation, will generate strong value over time. Second quarter results were primarily impacted by significant scheduled maintenance undertaken to support operational integrity. In addition, while we were pleased with the return of full production following the [Papua New Guinea] earthquake, extended recoveries from first quarter operational incidents in the Downstream were disappointing. However, good progress was made during the second quarter in fully recovering from these incidents.

At Exxon's analyst meeting earlier this year, Woods and his team noted that these projects should triple upstream net income between now and 2025 at $60 a barrel. 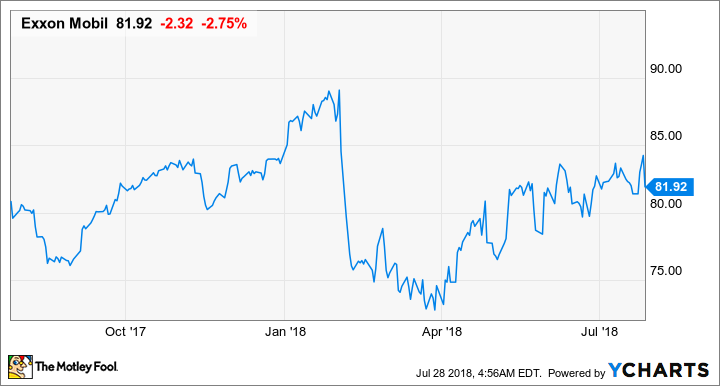 Aside from the additional headache of maintenance and downtime, this quarter feels an awful lot like the incredibly frustrating prior one. Right at a time when oil prices are rising, companies that were very good at cost control should be pulling in windfall profits. ExxonMobil is one of those very cost-conscious companies, but the declines in production -- either deliberate or because of project timing -- have held the business in check.

From a long-term investor's perspective, Exxon's value comes in the small handful of incredibly lucrative projects slated to go live between 2021 and 2025. Guyana, Mozambique LNG, and offshore Brazil are all high-return projects that look better and better by the day. Throw in accelerating production growth from U.S. shale and some sizable downstream investments, and there is a compelling case for Exxon's shares three to five years from now. The trade-off for investors is having to endure disappointing earnings results like these for the next few quarters while these projects materialize.