If ever there were a battleground stock, Tesla (NASDAQ:TSLA)would be it. You're either all-in on this stock, or you believe its eventual demise is right around the corner.

I am neither a Tesla hater nor a fanboy. I own a small number of shares of the electric car maker because of a previous investment in SolarCity. This article isn't even meant to bash Tesla, but rather to serve as a dispassionate reminder that Tesla stock may not be right for every investor's portfolio. 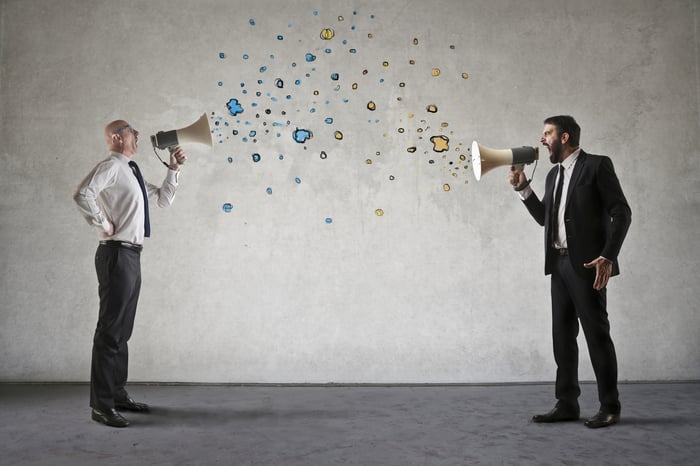 Here are three reasons why it might be worth considering selling your Tesla shares.

Over the past year, shares of Tesla have moved up or down 3% on 55 different occasions. The S&P 500, on the other hand, has only shown that level of daily volatility twice -- both times during the same week in February 2018.

That helps explain why Tesla's one-year beta -- a measure of volatility relative to the market -- comes in at 1.48. Technically speaking, this means Tesla is 48% more volatile than the market. Investing can be infamously brutal for investors who make decisions based on short-term emotions. Take stock of your own stomach for volatility: If you can't stand to see your position in Tesla fall 10% in one day without clicking on the "sell" button, this probably isn't the stock for you.

Few CEOs have the cult-like status of Tesla founder, CEO, and largest shareholder Elon Musk. That level of fame and deference can be a double-edged sword -- especially for someone as difficult to pin down as Musk.

Over the past year he has been the target of several hyperbolic headlines. The New York Post recently ran a story saying:

"He has yet to succeed at anything but somehow spins every failure into proof of imminent success. His only accomplishment has been this decades-long Jedi mind trick."

This is demonstrably false: Tesla has won numerous awards for its quality, and SpaceX is the new King of Rocketship Makers and recently earned a government contract.

And Musk has been honest and forthcoming about his and the company's faults, revealing a level of candor that is rarely seen on Wall Street. When Bloomberg recently asked Musk how Tesla could have so many assembly line problems, Musk didn't mince words: "Because we were huge idiots and didn't know what we were doing. That's why."

Investors should embrace such self-critical reflection. But...

Musk has also been burning the candle at both ends. He not only runs Tesla, but also the aforementioned SpaceX and The Boring Company. He famously said that he sleeps on the assembly line, and has admitted to suffering from mental health issues as a result of the stress and pressure that he's under. That stress has manifested in several ways, including vitriolic tweets that garner lots of attention.

None of this is to say that Musk doesn't deserve credit for what he's done. Instead, it's to remind investors that no CEO will last forever -- Apple shareholders had to find this out the hard way. And if your investment thesis pivots on the input of a single human -- here, a Musk that's stretching himself very thin -- it can be broken in a moment's notice.

Finally, there's the elephant in the room. Tesla currently has roughly $2.7 billion in cash and investments on hand, versus $8.8 billion in long-term debt. That wouldn't be a big problem if the company was producing solid free cash flow streams. But it isn't: Over the past year, Tesla has burned through $4.4 billion in cash.

There are several ways this conundrum could play out:

The biggest issue with the third possibility is that investor confidence plays a major role. If the company issues new shares, not only will existing shareholders be further diluted, but the stock's price could fall significantly depending on how the markets react to the news, making it even more difficult to raise funds.

None of this is to say that you should go out and sell your shares of Tesla right now. Instead, it's a call to take stock: if you can't stomach the volatility, your thesis rests solely on Musk's shoulders, or you haven't investigated the balance sheet with eyes wide open, it might be time to consider how much of your portfolio you're willing to devote to Tesla.

I'm not selling my shares anytime soon. But given the above, I'm certainly not adding any either.