Apple is firing on all cylinders, with accelerating revenue growth and surging earnings-per-share growth. Here's a close look at the quarter's results.

After three quarters in a row of double-digit revenue growth and a 30% year-over-year increase in earnings per share in Apple's (AAPL 1.36%) most recent quarter, the bar was set high going into the company's third-quarter fiscal 2018 earnings release. But Apple still managed to deliver some impressive numbers, including another quarter of accelerating revenue growth and a 40% increase in earnings per share.

Here's a look at the top- and bottom-line results, as well as other key takeaways from the quarter, including accelerated year-over-year growth rates in iPhone revenue, big numbers from services and other products, and more. 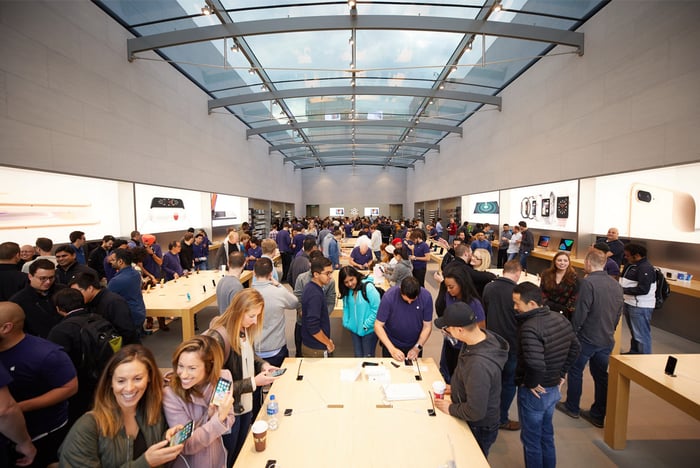 Speaking of Apple's share repurchases, management said it bought back $20 billion worth of its own shares, bringing Apple's total repurchases in the last two quarters alone to a stunning $43.5 billion.

Apple's iPhone segment continued to benefit from a successful iPhone 8- and iPhone X-fueled product cycle, with iPhone revenue surging 20% year over year, up from 14% growth in Q2. A higher average selling price for Apple's iPhones was the primary driver for this higher segment revenue, as iPhone unit sales only increased 1% year over year during the quarter. 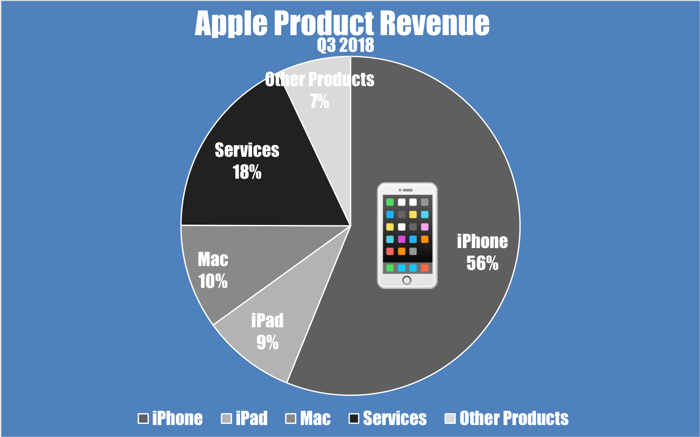 Apple notably saw strong growth in each of its major geographic segments, with the lowest year-over-year growth rate coming in at 7% for Japan and the fastest growth at 20% in the Americas.

Management is clearly optimistic about its fiscal fourth quarter -- a quarter that typically benefits from a few weeks of sales of new iPhones after they're launched in the fall. Management guided for fiscal fourth-quarter revenue between $60 billion and $62 billion, up from revenue of $52.6 billion in the fourth quarter of fiscal 2017. The midpoint of this guidance range represents 16% year-over-year revenue growth.

Looking ahead, Cook said Apple is "very excited about the products and services in our pipeline."