Shares of Cardtronics plc (CATM), the world's largest non-bank ATM operator with merchants and retailers throughout multiple countries, are up 18% as of 11:02 a.m. EDT Friday after the company released second-quarter results following Thursday's market close.

The second quarter was unique for Cardtronics as it adjusted from the removal of ATMs at 7-Eleven locations in the United States. Total revenue was down 12% to $341 million, compared to the prior year, but when adjusted for the 7-Eleven removals, revenue increased 3%. Second-quarter revenue still checked in ahead of analysts' estimates that called for $324 million. On the bottom line, adjusted earnings per share checked in at $0.61, compared to analysts' estimates of $0.39 per share. 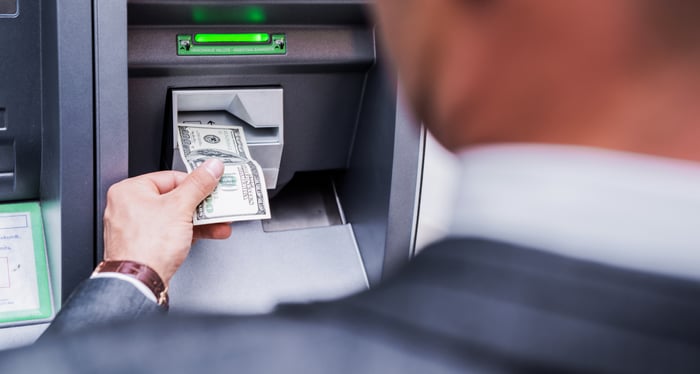 "The second quarter was solid and marked by focused operational execution and continued consumer demand for our convenient services, resulting in strong adjusted free cash flow and an increase in our adjusted gross margin," said Edward H. West, Cardtronics' chief executive officer, in a press release. "Another highlight for the quarter was the growth in our same-store withdrawal transactions in the U.S., which were at their highest quarterly level in over six years."

Cardtronics will look to improve results organically through same-store growth and margins. Same-store withdrawal transaction growth was 8% during the second quarter, or 4% when adjusted for 7-Eleven migration, and adjusted gross margin moved 80 basis points higher.

Why Shares of Cardtronics Sank Today