Earnings were much better than last year -- but still not good enough for Wall Street.

2018 was supposed to be good for tire-maker Titan International (TWI 3.44%), but now, that's not looking so sure. On Friday, Titan's stock price plunged 30.6% (as of 1:30 p.m. EDT) in response to a second-quarter earnings release that missed analyst estimates badly. 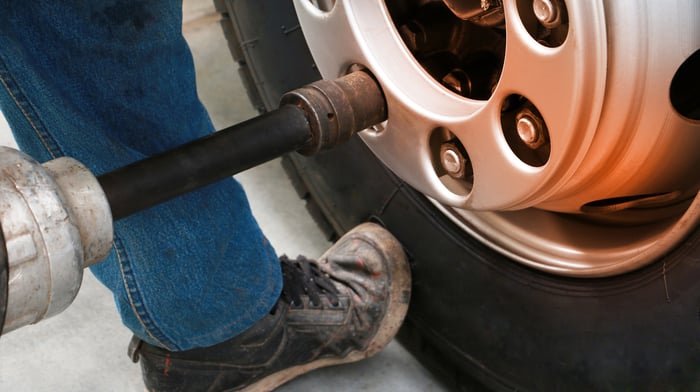 In fact, sales grew an impressive 18% year over year at Titan, and the $0.02-per-share profit was a whole lot better than the $0.17 per share that Titan lost last year. CEO Paul Reitz was right to say that "Titan experienced another strong quarter of double-digit, year-over-year quarterly revenue growth, along with delivering improved operational performance." It just didn't improve quite as much as Wall Street had hoped for.

Titan blamed "currency headwinds, primarily in Latin America and Russia, which ... negatively impacted our reported EPS" for the discrepancy between expectations and earnings, and insisted that "the currency impact does not take away from the positive execution across many of our business units during the quarter."

Management stuck by its guidance for the rest of this year -- indeed, narrowing its guidance as the future becomes clearer. Sales are expected to grow between 9% and 12% this year, gross margin should improve "between 25 percent and 40 percent," and operating costs should decline year over year. Management didn't give a specific GAAP (generally accepted accounting principles) figure for what it expects to earn, but said it thinks its EBITDA (earnings before interest, taxes, depreciation, and amortization) could as much as double in comparison to last year.

For what it's worth, analysts are looking for Titan to earn $0.60 per share this year. Despite today's earnings disappointment and the stock's sell-off, with $0.25 earned through the end of the first half of the year, the company is nearly halfway there already.