Tech investing isn't for the faint of heart, but the gains can be life-changing if you buy the right companies and hold onto them for the long term.

So which tech stocks are smart buys right now? We posed that very question to a team of Motley Fool contributors and they called out Silicon Motion (NASDAQ:SIMO), Fitbit (NYSE:FIT), and Appian (NASDAQ:APPN). 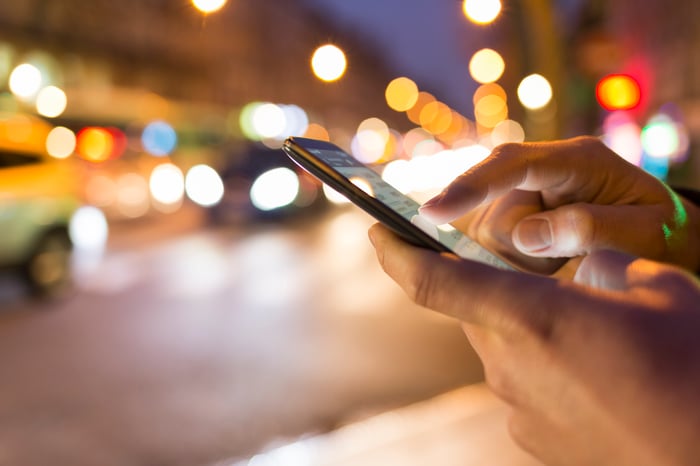 Betting on the solid-state drive revolution

Ashraf Eassa (Silicon Motion): One tech stock that's worth a look is Silicon Motion, a small-cap chip company that bills itself as a "global leader in designing and marketing NAND flash controllers for solid state storage devices."

Solid state drives incorporate a type of memory called NAND flash as well as a controller chip that handles how data is read and written to that flash.

There's no doubt that storage drives used in personal computers are shifting increasingly from hard disk drives to solid state drives, as the latter tend to be faster and more power-efficient than the former. According to TrendForce, 45% of notebook computers in the first quarter of 2018 incorporated solid state drives, with that figure set to grow to "beyond 50% this year."

During the company's earnings conference call in April, management indicated that industrywide NAND flash prices -- a large part of the bill of materials cost of a solid state drive -- are coming down. This jibes with a recent report claiming that as many NAND flash makers are ramping up their production capacity.

Indeed, the executive also said that personal computer makers are "communicating to us their plan to increase adoption of [solid state drives] this year versus a little or no increase in SSD adoption last year."

On top of being exposed to a growing market, Kou also said computer makers are transitioning from slower SATA-based solid-state drives to higher-performance NVMe-based drives, something that might "further increase our [solid state drive] controller market share."

The stock is reasonably priced, too, trading at around 15.9 times what analysts expect the company to earn this year. And, to top it all off, the company even pays a respectable dividend of $1.20 per share, good for about 2.35% yield at current prices.

Tim Green (Fitbit): Fitness wearables company Fitbit is struggling as it shifts from basic fitness trackers to full-featured smartwatches. Revenue tumbled 17% in the first quarter compared to the prior-year period, and the number of devices sold slumped 27%. The company is losing money, and the fact that its smartwatches carry a lower gross margin than its other products isn't helping.

But there is a light at the end of the tunnel. Fitbit's second smartwatch attempt, the affordable Versa, appears to be a hit. The company shipped more than 1 million of them in just a few weeks after launch. The $199 device is inexpensive enough to provide an upgrade path for its fitness band users without breaking the bank, and it undercuts the latest Apple Watch on price by more than $100.

The Versa shows that Fitbit is capable of producing smartwatches that people want to buy. As the market for smartwatches expands, Fitbit should be able to carve out a nice piece of it for itself. Revenue and earnings will likely remain pressured for a while as the company's transition continues, but Fitbit's balance sheet affords it plenty of time to turn things around. Net cash totaled more than $650 million at the end of the first quarter, enough to fund many years of losses.

The market values Fitbit at about $1 billion after backing out the net cash, compared to the company's full-year sales guidance of $1.5 billion. If Fitbit can return to profitability in the next few years, I think the stock could turn out to be a great investment.

Brian Feroldi (Appian): Nearly every modern business relies on multiple software programs to help run its day-to-day operations. However, off-the-shelf solutions don't always match up well with an individual company's needs. In these situations, it can be useful to buy or build custom software.

Unfortunately, not every company has the know-how to build one-of-a-kind software from scratch. That's where "low-code" solutions can come in handy. Rather than rely on hundreds of lines of individually written code, low-code solutions enable the creation of custom software by using simple decision flow trees.

Appian is a leading provider of software and services that is enabling the shift to a low-code world. The company's cloud-based solutions are easy to use and enable custom programs to be quickly created that are scalable, secure, mobile friendly, and accessible anywhere.

Appian's revenue has been soaring for many years as businesses from around the world are adopting the company's solutions. At the same time, Appian has been spending aggressively to ensure that it remains a leader in its industry and has the capacity to service its swelling customer base.

Since the shift to a low-code world is still in its infancy, I think that Appian is poised to deliver double-digit revenue growth as far as the eye can see. With shares currently down 30% from their recent high, I think that right now is a great time for far-sighted investors to get in.